Sometimes challenges can bring out the best in people—and companies. Successful entrepreneurs learn to navigate through dips in the economy and take advantage of each and every opportunity. That’s certainly the case of the leaders being honored in the Ernst & Young Entrepreneur Of The Year 2013 program. For the sixth straight year, D CEO is sharing the stories of all finalists—50 individuals for 2013 including Ross Perot and Ross Perot Jr., who are receiving the Ernst & Young Family Business Award of Excellence.

Family is another theme that runs through the companies and entrepreneurs being recognized this year. CEO David Sokolsky, for example, leads Daisy Brand, which was launched by his great-grandfather and grandfather in 1918. Larry Lacerte of ExponentHR is a third-generation entrepreneur. And Paula Marshall heads up Bama Co. Inc., which got its start in her grandmother’s kitchen in 1927.

All finalists in Ernst & Young’s Southwest Area North competition were to be honored at an awards gala in Dallas on June 22. Local winners will then go on to compete for national and international Entrepreneur Of The Year awards. 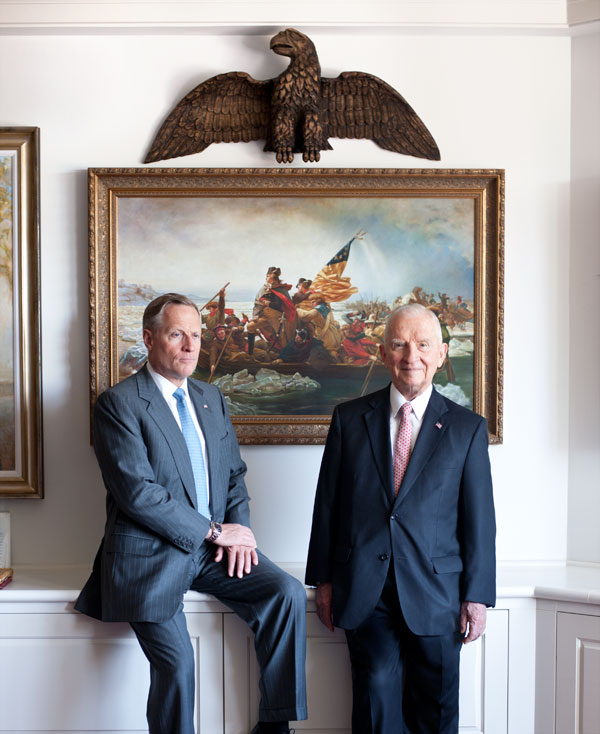 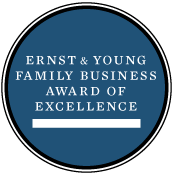 It’s an age-old question: Are entrepreneurs born or made? Ross Perot and his son, Ross Perot Jr., seem to make a case for both. At an early age, both showed a willingness to work hard—and a knack for leveraging opportunities. Both also had the benefit of being closely guided by their successful fathers.

Perot spawned the technology services industry when he launched EDS in the 1960s, becoming a multibillionaire along the way. Ross Jr., is the founder and chairman of Hillwood, one of the world’s top real estate development firms. So it’s fitting that the Perots are the first to be recognized with the Ernst & Young Family Business Award of Excellence.

Perot began working in the 1930s as a young boy in his hometown of Texarkana, selling Christmas cards, delivering newspapers, and collecting payments for classified ads. He was mentored by his father and “best friend,” Gabriel Ross Perot, a successful cotton wholesaler. Perot moved to Dallas after attending the U.S. Naval Academy and serving in the Navy, and took a sales job with IBM. Before long, he pitched the idea of forming a software division to managers, but got turned down.

Dejected, Perot says he remembers reading a Thoreau quote—“The mass of men lead lives of quiet desperation”—which inspired him to try to make the idea work on his own. He formed Electronic Data Systems in 1962. The company went public six years later; in 1984, General Motors acquired a controlling interest for $2.4 billion.

Seeing it all take shape was Perot’s oldest child and only son. “I watched Dad start EDS in our living room,” Ross Jr. says. “I saw my parents achieve the American dream.”

The younger Perot also tagged along with his father scouting land deals in the 1970s. He’d listen to his dad talk about the now-realized vision for his Legacy business park in Plano—and was hooked. After graduating from Vanderbilt University, serving in the U.S. Air Force—and completing the first helicopter flight around the world—Ross Jr. formed Hillwood and broke ground on an industrial airport in North Fort Worth in 1988. It has since evolved into AllianceTexas, a 17,000-acre masterplanned development that’s home to more than 320 companies and nearly 8,000 single-family homes. Hillwood has since developed other major projects around the country and launched a number of spinoffs, including energy, construction, and investment entities.

The same year that Alliance got under way, Ross Jr. joined his father and a handful of other investors in forming Perot Systems, which grew to become a global powerhouse that was sold to Dell for $3.9 billion in 2009.

“My father and I have worked together our whole lives,” Ross Jr. says. “He has instilled in me the entrepreneurial spirit and a very strong work ethic. But what I admire most about my father, day in and day out, is his leadership and courage.”