The six technical architects at the Microsoft Technology Center in Irving are like rock stars to the Fortune 100 companies located in their backyard. They can’t read minds, or turn water into wine. But given the right circumstances, they just might transform a $1 million technology investment into $10 million.

Most people outside the tech community have likely never heard of the MTC. It’s one of 12 enterprise innovation centers across the country run by Microsoft Corp., the computer software giant co-founded by Bill Gates and Paul Allen. The MTC takes up just 19,000 square feet of space at Microsoft’s 32-acre, 436,000-square-foot campus in Las Colinas.

Inside the MTC’s sleek interior sits about $12 million worth of gear and hardware, donated by partners such as Dell and Hewlett-Packard. Here architects, partners, and Microsoft customers come together to explore new ways to grow a business, improve a process, or optimize the technology they already own.

“My guys love to roll up their sleeves and solve problems. The more creative we can be, the better,” says Paul Kimbel, the MTC’s director. “These are the top-gun, best-of-the-best architects. I’m blessed in this MTC. Four of the six are developers, on top of that. Not only do they know specific areas and products, they also can develop the customer experience.”

Consider, for example, what they’ve done for the Dallas Regional Chamber and JCPenney.

Prior to moving in November to its new location on Akard Street, the chamber was researching ways to create an interactive environment for visitors. The nonprofit’s Duane Dankesreiter reached out to Lane Sorgen, Microsoft’s general manager for the South Central U.S and a chamber board member, for advice.

After some brainstorming, the MTC created an app that showcases the chamber’s members on a giant touch screen. Visitors can touch photos of board members or member companies to learn about each one.

“Because of our relationship with the MTC [as a partner and customer], we can showcase their technology and expertise to other people,” says Dankesreiter, vice president of research and information services at the chamber. “For us, it’s a great asset to have to call on.” 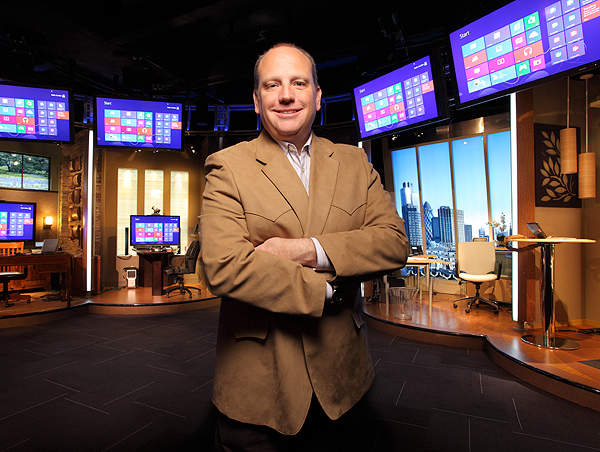 “We [classify] customers based on seat count of PCs,” says Sorgen, a Microsoft veteran who joined the company in 1996. “Anyone with 2,000 PCs or greater has been here.”