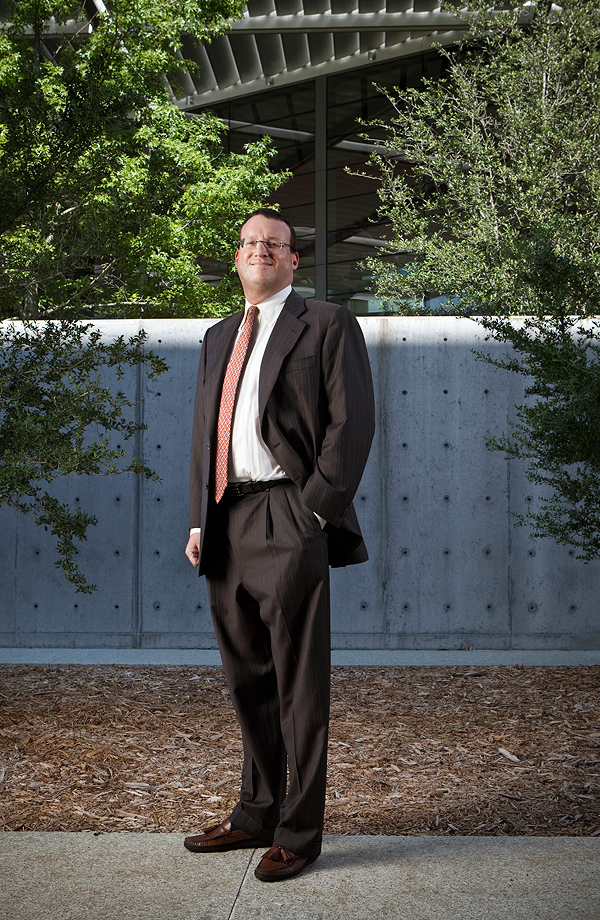 You might say that David Mace Roberts has made companies that focus on calling his calling. Currently the associate general counsel at Samsung Telecommunications America LLC, Roberts has had a 12-year in-house career that’s been something of a road tour along the telecommunications corridor.

The New York University and Emory Law School graduate served as chief counsel at Efficient Networks, a leading telecommunications equipment provider and software developer, before moving on to Broadwing Communications. Stints at Elbit Systems, a provider of systems for the global defense and aerospace markets, and Xtera Communications, which provides optical and IP networking solutions for telecom companies, soon followed.

At Samsung—part of the Samsung Electronics empire and itself a $10 billion company—Roberts manages the day-to-day legal matters relating to the company’s broad range of communications products, from wireless phones and tablets to wireless communications infrastructure systems.

That translates to a lot of contracts for Roberts and his team, and he has made it a priority to streamline and improve the performance of the contracts department without adding to the headcount. He implemented a suite of more than 50 model business agreement forms and templates, created a negotiations manual, and also improved a tracking system to improve the company’s turnaround time for contracts while simultaneously reducing financial risk.

As a result of his innovations, Samsung cut the average time to complete a contract from 35 days to just under 17 days—even while the number of agreements that closed in the last year grew more than 50 percent. Roberts attributes some of the improvement in dealing with Samsung’s customers and suppliers to “changing our negotiation persona. Too often the legal department in a corporation is the ‘Department of No.’ I’ve learned to be a facilitator. ‘A’ may not be the path forward, but what about ‘B,’ ‘C,’ or ‘D’? Our job is to figure out a way to move the business forward, to make it work,” he says.

For Roberts, adapting to the in-house mindset was a major transition from his private practice days with Bickel & Brewer and Winstead. “In private practice, you get to give advice to your client, but the client makes the decisions. When you’re in-house, you’re making the decision,” he says. “You have to be willing to make the tough decisions, to no longer be a sideline player. You have to be willing to step up.”
—John Browning 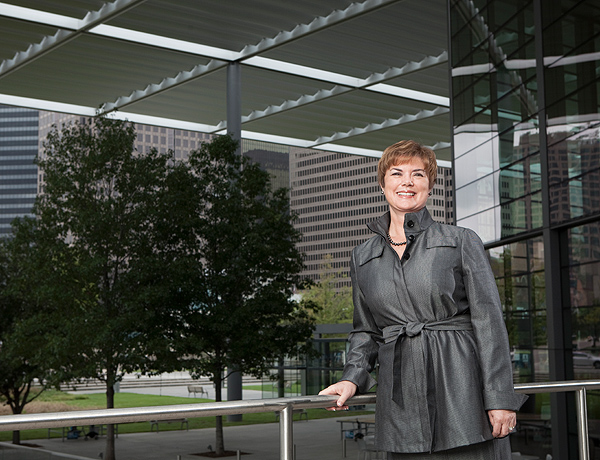 When you’ve just completed the largest private land sale in U.S. history, what do you do for an encore? If you’re Jill Witter—who spent 18 months arranging for the sale of International Paper’s private land holdings—you look for the next mountain to climb. For Witter, that meant
joining the team at Novation LLC as general counsel in 2007.

Witter has been a “lifer” in the in-house world, with 31 years at companies in the finance, textile, eyewear, and timber-resources industries. At Novation, she took on the challenge of helping assure the continued growth of the healthcare industry’s leading supply-contracting company, an entity that services more than 65,000 acute care and non-acute care facilities with more than $40 billion annually in supply and service purchases.

The University of Missouri graduate was unfazed by her leap into the highly regulated healthcare field, noting that no matter what the company’s core product or service may be, “the issues are really the same, when you get right down to it. The ethics issues are the same; people are people; and you find that the skills you’ve developed in the other work environments are just as adaptable to this situation.”

Witter also is Novation’s ethics and compliance officer and, on her watch, the company has received top marks. This year, Novation was recognized as one of the “World’s Most Ethical Companies” by leading business ethics think tank the Ethisphere Institute. It also earned the institute’s prestigious Ethics Inside Certification, becoming the only company to have achieved both distinctions in the category of healthcare services.

Witter attributes the nods to Novation’s ethical culture and leadership. “It’s in our DNA,” she says. “The senior people were on board from the very beginning, and that makes all the difference in the world. People were not only receptive, but welcoming.”

Still, with healthcare projected to continue its growth and with the shadow of the Affordable Care Act looming, Witter knows that she and the attorneys she supervises have their work cut out for them, with the issue of expense being front and center.

“Healthcare costs will continue to rise, and supply chain is one of the highest costs for a hospital,” she notes. “As a legal department, part of our job is to help with negotiations, and to get prices down while getting good solid contracts.”

In addition, Witter predicts that the act will make healthcare “more complicated,” and its heightened reporting requirements mean more work for her lawyers. On that note, Witter proudly points to the efficiencies achieved in Novation’s legal department. Even though 90 percent of all of the company’s legal work is done in-house, and even with the legal department growing from four lawyers to 10, “our total legal cost is still less than it was five years ago,” she says.
—John Browning 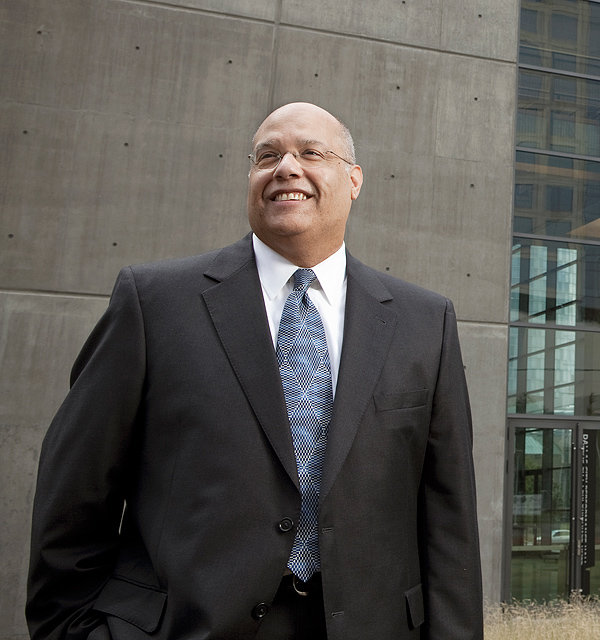 A lot has changed since Chris Luna joined MetroPCS nearly eight years ago. The provider of prepaid cell service known for its quirky ads quadrupled its employee count to 3,700 workers, expanded to 13 geographic markets from four, and grew its customer base to 9.3 million from 1.5 million. MetroPCS, which went public in 2007, made the Fortune 500 this year, coming in at No. 490 on the list.

Luna, the second attorney hired in the legal department, has helped grow it to a staff of eight lawyers. He stays busy, but that’s the way he says he likes it: “I’ve heard more than once, people say, if you want a project done, give it to Luna.”

One of Luna’s most challenging legal issues over the last year came via a pro bono project for Shared Housing Center Inc., where he serves as chairman of the advisory board and leads the nonprofit’s efforts to build a multifamily affordable housing complex certified under Leadership in Energy and Environmental Design standards.

The nonprofit applied for state low-income housing tax credits, but had to battle through two appeals after initial denials. Luna educated himself on rules governing tax credits and traveled to Austin five times for presentations before state officials. Ultimately, Shared Housing Center won its appeals and received a commitment from the state for future housing tax credits.

Luna has put such nonprofit/legislative experience to work at his in-house counsel job as well. At MetroPCS he started the company’s state legislative-affairs efforts and manages the program in all states in which MetroPCS operates. He also has taken the lead on several diversity initiatives, including creating a diversity statement to highlight the company’s goals to promote diversity.

Luna is known to those active in politics for his service on the Dallas City Council from 1991-1997. He was just 31 when elected to the council post, which he considers key in shaping his legal career. “In essence, I was a governing board member for a $1.2 billion enterprise with 12,000 employees,” he says. “We had to set policy and direction. All of those skills were very transferrable to an in-house attorney role.”

Luna says he may return to politics later in life, as a “capstone” to his career.

When he’s not working at MetroPCS, he’s involved in a host of civic pursuits—something he encourages young lawyers to do. “You can be active in your church, in your kids’ schools, in professional organizations, but you’ve got to do something to give back,” he says. “If people are just takers, who’s going to do the giving?”
—Kerry Curry 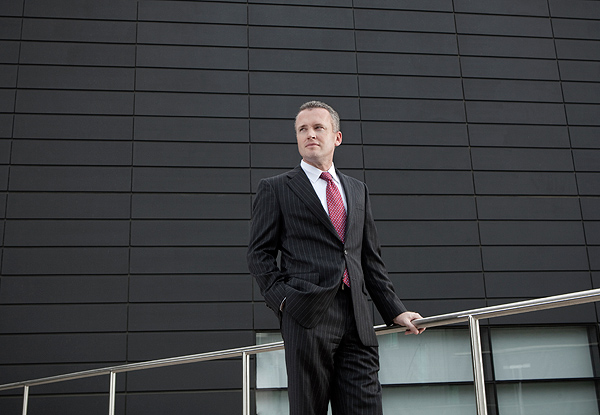 An economic downturn seems an unlikely time to launch a corporate “rebirth” strategy. But that’s exactly what Rent-A-Center Inc., the nation’s largest rent-to-own operator, has done during the last few years. Rather than stagnate, the company launched an aggressive expansion abroad.

Not surprisingly, many initiatives in the rebirth mission ran through Rent-A-Center’s legal department. The company tapped Mathew Grynwald, senior counsel, as the primary legal member of a multidisciplinary team overseeing the company’s entry into Mexico, where it opened its first store in the fourth quarter of 2010.

“The concept of rent-to-own didn’t even exist when we entered,” Grynwald notes. He helped design the transaction and business model that will serve the company in Mexico for years to come. The experience meant not only complying with Mexico’s laws, but learning to adjust to its culture of “mañana.”

“Internally, we could work at our pace. But if we were negotiating a lease, it would take more time,” he says. “Instead of a day or two … maybe it would take two weeks [for them] to say, ‘We are working on it.’ ”

New-store numbers reflect the company’s aggressive growth plan over the past year. The enterprise now has 78 stores south of the border, and forecasts that up to 110 will be open by year’s end. Grynwald continues to support the Mexico initiative as it matures and expands.

“With the prospect of hundreds of stores and the potential long-term impact to company performance, I take pride in anticipating what the future will hold and look forward to seeing my impact on the business years down the road,” he says.

In addition to the international expansion, Rent-A-Center’s “rebirth” included expansion of its kiosk-based business, RAC Acceptance, which partners with various retailers, each of which has its own ideas about the contractual nature of the relationship, Grynwald says. The fast growth has, at times, taxed the company’s seven-attorney department. But Grynwald says the department has worked together to strategize, prioritize, and allocate work.

On a more personal level, Grynwald was selected to a limited group of 14 high-potential individuals being groomed to take on company leadership roles in the future. Internally, the ensemble is referred to as the “pipeline” group.

Selection to the pipeline has given Grynwald unprecedented access to the C-suite and to other department leaders. The group meets with the CEO, president/COO, and CFO on a monthly basis to discuss a wide range of issues facing the company.

“It has given me significant insight into the inner-workings of our corporate decision-making process,” he says, “as well as the fundamentals of our corporate culture and strategic vision going forward.”
—Kerry Curry