Matthew Shoemake had a great experience securing funding for his Allen-based tech startup. Venture capital firms couldn’t wait to see his high-definition, home video-calling technology, and the entrepreneur quickly lined up $3 million to take it to market.

“It was almost like, ‘Hey, can we wrap up the presentation? We really want to see the product work!” marvels Shoemake, the founder and CEO of Wham! Inc.

Good news for North Texas? Without a doubt. Having secured the $3 million investment in October, Wham! was set to double its payroll to eight, with more hiring planned for 2011. If consumers embrace its product—which Shoemake touts as a quantum leap over what’s available now—the sky is the limit.

But this success story comes with one big asterisk: Shoemake’s happy fundraising experience came not in Texas but in California. In the Lone Star State, the entrepreneur got a cool reception from the handful of potential funders he managed to get meetings with.

“They made decisions on us before they even saw the product functioning,” complains Shoemake, whose eventual backer, Santa Monica-based Palomar Ventures, has successfully funded several Texas companies.

North Texas is a technology innovation hub, known for its telecom startups but increasingly diversified enough to regularly pop out promising startups in everything from datacom to healthcare and advertising technology. Yet the region and the state have far too few venture firms, by all accounts, and a nationwide capital squeeze is making things worse.

“There has been a shortfall both on a comparative and absolute basis,” says Pat Priest, the chief financial officer and chief operating officer of the Dallas Regional Chamber.

Venture capital is the big money that startup companies look for to keep growing after they burn through the smaller early amounts raised from friends, family, and angel investors. It’s the kind of funding that is not easy to come by these days because of the market crash and recession.

The numbers tell the story: Nationwide, total venture capital investments in 2009 were $18.1 billion, the lowest level since 1997, according to the MoneyTree Report, compiled by PricewaterhouseCoopers and the National Venture Capital Association. Investment was up modestly through the first half of 2010, but the pace badly lags that of 2007, when $30 billion was invested.

Part of the problem is that venture capital firms, in Texas and around the country, are simply having a hard time raising the money to invest. A big reason for the cash crunch is the pressure being felt by endowments and other institutional investors that saw their investment portfolios warped by the 2008-2009 market meltdown.

As these investors’ stock holdings shrunk, the proportion of venture capital investments in their overall portfolios grew by default. Investing additional money with venture firms now would only exacerbate the imbalance, notes John Jaggers, managing general partner at Sevin Rosen Funds, the Dallas-based heavyweight VC firm. “As a result, a lot of people said,  ‘No mas,’ ” says Jaggers, whose firm is in the process of raising $150 million for a new investment fund.

That trend has combined with an anemic market for initial public offerings—which are venture investors’ preferred way to cash out—to make things extremely tough for VC firms.  IPOs dropped from, 86 in 2007 to six in 2008 and 12 in 2009, according to the MoneyTree Report.

“The last several years have been horrible for IPOs, and have really impacted our industry,” Jaggers says. He and others expect the VC industry to seriously contract as a result of the pressures it faces. 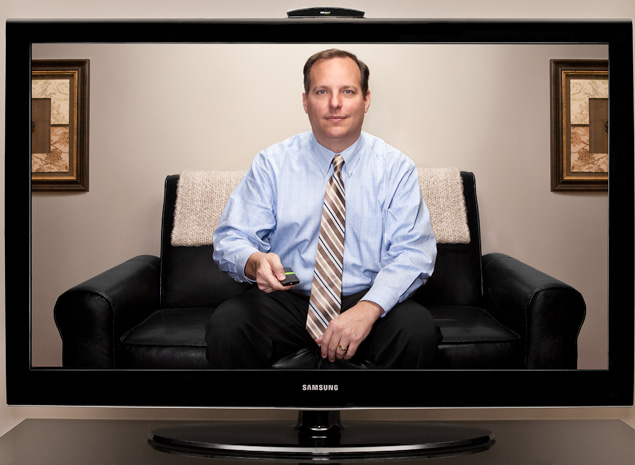 But for North Texas and the entire state, the problem goes beyond the cyclical nature of the IPO industry.  Entrepreneurs say there’s simply a shortage of VC firms here. A search turned up about 20 firms statewide, compared with nearly 80 in Massachusetts and close to 200 in California.

In the second quarter of this year, 18 venture capital firms based in Texas made investments; just seven of those were in North Texas, according to the MoneyTree Report. Although distant VC firms can provide money and guidance, those with Texas roots are often better able to recommend local talent that their entrepreneur clients can hire. And of course, face-to-face meetings are easier to arrange.

The other side of the coin is that the shortage of Texas VCs can put entrepreneurs on the wrong side of the supply and demand equation, says Shoemake.

“I tell entrepreneurs that there are not enough VCs in Texas to have supply and demand on your side,” says Shoemake, a Texas Instruments alumnus who has been involved in three startups. “There are literally just about a handful to see, compared with hundreds in California.”

Indeed, when NTEC Inc., a Frisco business incubator, launched a program this summer to provide venture capital to local firms, eight of its 10 VC partners were based out of state. The sole North Texas participant was Sevin Rosen.

At the same time, funds are being pickier about the companies they fund and what their funding is used for. Early in the decade, VCs were willing to spend $100 million or $200 million to fund product development, notes Jaggers. “Today capital efficiency is the watchword,” he says. “No one wants to fund something that’s going to cost $50 million or more to develop.”

VC executives acknowledge that such dynamics have made things particularly hard for companies in need of mid-level capital—the $2 million to $5 million needed to move beyond the startup phase. Fortunately, others are stepping in to help fill the gap.

The Dallas Regional Chamber, for example, has announced a goal of increasing the area’s annual venture capital investment by 50 percent within five years. Its first step is a push to accumulate comprehensive data on the area’s venture capital opportunity. “We want to get data to VC groups that we do have opportunities of a size that would attract them to come into this marketplace,” says Priest.

And in recent years, a number of incubators have been formed and angel investor groups have sprung up, among them the North Texas Angel Network, the Lone Star Angels network, and the Texas Women Ventures Fund.

Angel networks are important because they allow multiple individual angel investors to pool their money and share risk, says Carol Nichols, co-founder of the Texas Women Ventures Fund. “In order to make it a sustainable model for an angel group to stay in the market through various business cycles, you need diversification of risk,” she says.

On top of all that, North Texas entrepreneurs now have a state-level funding resource in the Texas Emerging Technology Fund. The five-year-old, $200 million economic development fund provides early-stage investment for entrepreneurs.

But the region’s ambitions face a chicken-and-egg problem, at least when it comes to the tech sector: North Texas is better known for gas than gigabytes. Without the gravitational pull of names like Apple and Google, how can the region attract the funding to, well, grow the next Apple or Google? In Silicon Valley, such big-name tech companies are “a local, visible reminder of great wealth creation,” says Chris Pacitti, a general partner at Austin Ventures.

It would certainly help if the region had Tier One universities, which can generate and support new companies and act as magnets for capital, says Priest. The state currently has just three such schools, and none of them are located in North Texas.

Texas’ effort to address its dearth of major research centers got a small nudge in the right direction last November, when voters approved $425 million that will be used to incent schools to grow and improve. DFW can also take encouragement from the growing diversity of its technology firms. Once glutted by communication infrastructure companies, the landscape now includes more of everything from consumer subscription businesses to energy software companies to enterprise software firms, Pacitti says.

“In North Texas in particular, we’re seeing a wider breadth of entrepreneurialism,” he says. “I think we’re in a very interesting, constructive time.”