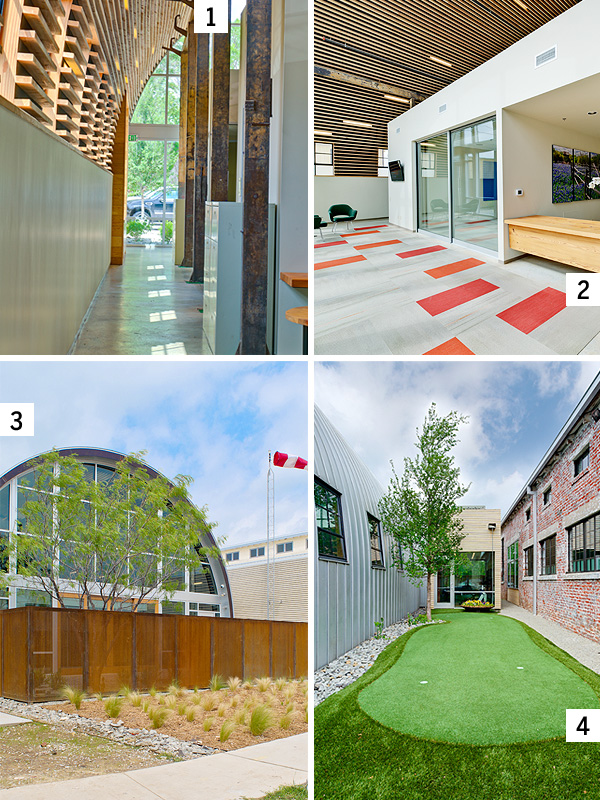 photography courtesy of Cunningham Architects
TAILWIND ADVISORS
Location: 1000 Foch St., Ste. 150, Fort Worth
Designed by: Cunningham Architects
Size: 15,000 square feet
By moving the space’s mechanical and plumbing equipment to smaller wood-clad buildings next door, Cunningham Architects was able to turn an industrial Quonset hut into a beautiful, open office. Previously occupied by a machine shop and a supplier for Pier 1 Imports, the hut now serves as the home of Tailwind Advisors, an investment advisory firm led by co-founders Jeff Dillard, Mark Page, and Stewart Henderson. In place of pipes and wires, the space’s ceiling is covered in fir, and rather than a parking lot, the complex’s entrance is marked by a tree and a reflecting pool.

1  2×4 planks of fir fastened to steel ribs on the existing structure; steel supports, which are braced with a horizontal rail, were used as a track for crane lifts by previous occupants; natural light shines through windows and 10 large skylights.

2  Steel support left intact from the building’s industrial days; sliding-glass doors open up the space; fixtures are set between some of the wooden slats to provide additional lighting.

3  Perforated carbon steel privacy fence; the company’s symbol, a red and white windsock, flies above; wood-clad “boxes” contain all mechanical equipment and plumbing for Quonset hut, plus restrooms, a kitchen, a small conference room, and an executive office.

4  Putting green creates a fun greenbelt between the two buildings, in front of one of the wood-clad boxes. 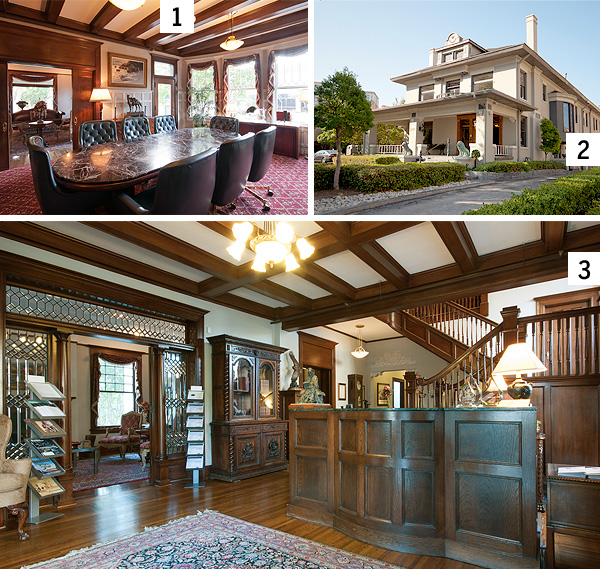 Built by former Dallas mayor Thomas Bradford between 1906 and 1907, the Mayor Bradford House is now occupied by the family-run investment advisory firm Hodges Capital. Bradford lived in the mansion until 1930, when he sold it to the Catholic Women’s League. In the 1970s, it was sold again and occupied by multiple tenants until Hodges Capital founder Don Hodges acquired the building and restored it in 1995.

2  Center dormer, an element of the American Foursquare style in which the house was built; full front porch; bay window.

3  What was once the main living room is now the first-floor lobby; carpet and furniture not original to the home, but designed to keep with the character of the space; restored woodwork; to the left, a former parlor is now used as a client reception area. 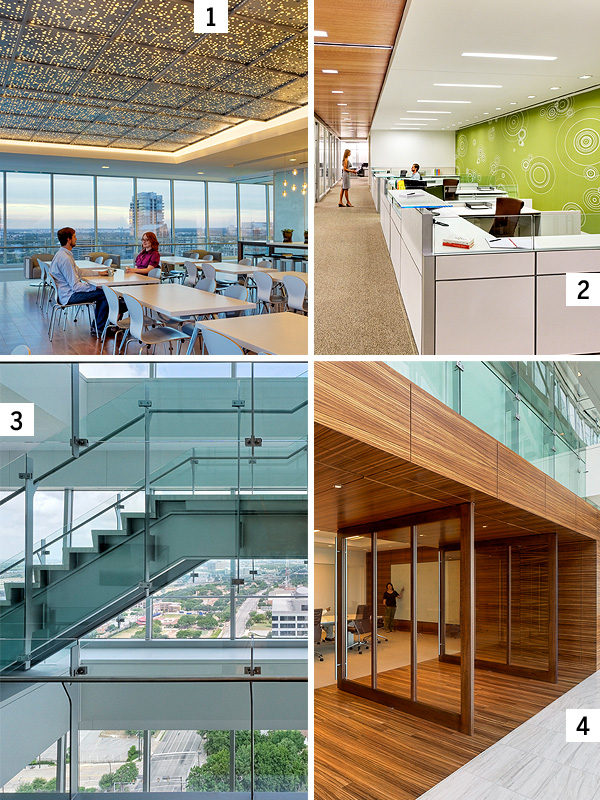 Many newer North Texas offices feature a sleek, minimalist design. One stunning example of this is the Dallas office of Boston Consulting Group, led by Tom Lutz, senior partner. Located in Uptown’s gorgeous Saint Ann Court, Boston Consulting Group’s floors were planned to afford as much natural light and views of the city as possible. The centerpiece is a continuous, three-story stairway that serves as a symbol of the spirit of connectedness the company wanted to achieve.