Along the way, creativity reigned in structuring real estate sales and leases last year after financing dried up. As 2009 drew to a close, many elite commercial brokers said they finished the year with strong deal volume despite the challenges of foreclosures, weak consumer spending, and 8 percent unemployment.

“We had a good year,” says Matt Schendle of Cousins Properties Inc. “It wasn’t all doom and gloom like most people think.”

So, what’s in store for 2010? According to the top brokers in North Texas, this year will continue to offer a number of golden opportunities for CEOs who are wise enough to seize them.

Tony Creme, a vice president at Hillwood Properties, developer of the sprawling Alliance industrial and office development in far north Fort Worth, says landlords, including Hillwood, have tenants looking for rent relief. And some landlords are willing to provide it.

“We are in constant communication with our customers and doing everything we can to retain them in our buildings,” Creme says. “We’ll entertain a rent reduction or free rent [for a few months] to keep them in the building.”

Putting up new speculative space, be it office or industrial, is on the back burner, though. “All new development will cease for the foreseeable future—not only at Alliance but around the Metroplex,” Creme says. “A lot of absorption needs to take place before anything new comes out of the ground.”

Still, Hillwood landed several blockbuster deals during 2009, including a handful of  300,000-square-feet or larger leases. One of the most notable was Q-Edge, an electronics assembly operation that relocated to Alliance from California. Q-Edge leased 365,440 square feet in the former Nokia manufacturing plant. The company, which was ramping up its operation as 2009 drew to a close, is expected ultimately to employ 500 people and provide a $700 million economic impact to the region.

Trans-Trade affiliate Alliance Brokers International looked around North Texas when it wanted to expand. It ultimately opted to locate next to the Burlington Northern Santa Fe Intermodal at Alliance. To make the deal happen, Hillwood provided a private road to be used to transport heavy containers that aren’t allowed on public roadways.

Alliance Brokers will operate from a new Hillwood speculative building near the Intermodal. The developer was able to convince the company to move into the spec space even though the freight-forwarder originally wanted its own build-to-suit.

Vinod Baliga, executive vice president at Trans-Trade, said the credit markets seized up around the time that Trans-Trade would have needed to secure construction financing. As a result, Hillwood’s available building was key to making the deal work, Baliga says, as was the option for a private road, which should boost Trans-Trade’s competitiveness in the logistics marketplace.

The company will be able to allow countries like China to fill ocean-shipping containers beyond the 42,000-pound weight limit on Texas roads. This will save shipping costs and add efficiencies with the use of fewer containers. Once at the new warehouse, inbound goods will be dispersed into smaller, less heavy loads and put on trucks or rail cars to be transported to stores or distribution centers.

Hillwood, meanwhile, nabbed a major tenant in a speculative building that might have sat empty indefinitely. And the developer has a private road that it can market to other freight-forwarders looking for similar cost-savings.

“That speaks to our availability of buildings and having something ready for our clients,” Creme says.

Johnny Johnson, a principal at CAPSTAR Commercial Real Estate Services, says brokers who managed a strong year in 2009 did so because of their experience, expertise, and strong relationships.

CAPSTAR’s long-running connections with AT&T helped it land one of the biggest deals of 2009: the long-term AT&T lease at Lakeside Center in Richardson, a 203,239-square-foot transaction. Because CAPSTAR had AT&T connections, it was able to quickly accommodate the phone company when it had an immediate need for 60,000 square feet of temporary space, Johnson says.

Then, when the company needed more space, it tapped CAPSTAR again. “As they started thinking more long-term for a bigger need, it put us in a good position,” says Johnson, who worked with partner Trey Smith to seal the deal for landlord CommonWealth Partners.
Along with Matt Heidelbaugh and Susan Gwin of Cushman & Wakefield, who represented AT&T, brokers sorted through multiple options before ultimately settling on a long-term lease of the entire building where it had originally secured the short-term space, Johnson says. 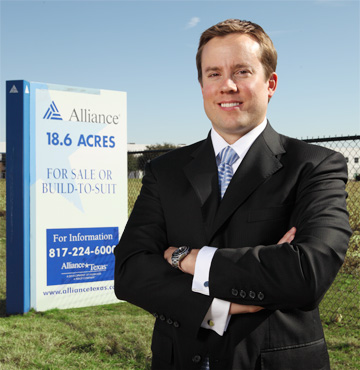 Heading into 2009, many companies seemed paralyzed and unable to make real estate decisions. But by mid-year, the market had softened enough to entice some CEOs to test the waters. This year will offer still more opportunity to capitalize on the weak commercial real estate market.

The key to making a smart real estate decision is thorough investigation of one’s existing or potential landlord. It’s long been common practice for landlords to investigate the financial wherewithal of potential tenants; naturally, they want to lease to someone who’s able to pay the rent. But these days, given the tentative economy, tenants need to be equally certain that their landlord will properly maintain the property and uphold the lease agreement.

“Make sure the entity you lease from is healthy,” advises Bo Bond, an executive vice president at Jones Lang LaSalle and one of JLL’s heavy hitters in 2009. And if the landlord looks shaky, call in a professional, Bond urges. “Tenants should really understand their landlord. What is their financial health? What is the health of the loan? Those are questions that the landlord has asked the tenant. It is wise for the tenant to ask that of the landlord.”

A lease shouldn’t be solely about rental rates, Bond cautions. The opportunity exists to put in safeguards for the tenant should a landlord run into financial trouble, for example. And there’s no need to wait until the final 12 months of a lease to work out a new deal.
Mike Wyatt, executive director at Cushman & Wakefield, says he was able to get one of his clients a great deal last year on a lease that wasn’t expiring until 2014.

“We went to the landlord and said, ‘We want to give back space, but we will entertain a five-year extension of our lease,’ ’’ Wyatt recalls. The client also sought cash for tenant improvements. In this particular case, Wyatt says, his client had leverage with the landlord because of a termination option in the lease.

If a company is a tenant in good standing with good credit and a flexible lender, it will likely see its landlord aggressively pursue a lease extension, Wyatt adds. 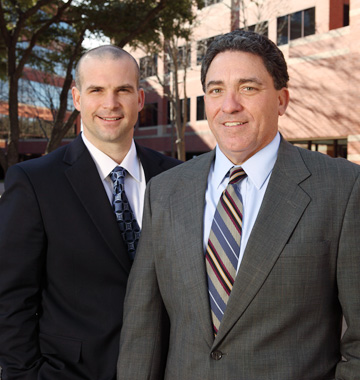 In addition, companies that once said they’d never own real estate could find themselves reconsidering that in the current climate. Take Tektronix Communications, which originally planned to lease, but then found a great deal—about 30 cents on the dollar—in the Wilcox Building |190 at 3033 State Highway 190 in Plano.

The three-story, 185,000-square-foot commercial office building has gold-level certification in Leadership in Energy and Environmental Design from the U.S. Green Building Council. The building, developed on a speculative basis in 2007, never had a tenant. But Tektronix, which makes test instrumentation for telecom networks, is expected to occupy it beginning this summer.

“This was a company that was adamant about preserving their cash, and then ultimately they paid cash for the deal,” Wyatt says. Companies will need to look hard and “drill down for the gems,” he says. “There will be some troubled assets that will provide the savvy investor and the savvy company with some real deals.”

Expect more distressed assets this year, but be wary, the experts say, as such properties could be fraught with problems. Companies should know how long they plan to occupy a building and whether the property’s location is in a good resale market.

Tim Terrell, a heavy hitter with Stream Realty Partners LP, says there may be opportunities for companies that have traditionally leased to buy due to market dynamics. However, he cautions, “be wary of getting into the real estate business if that’s not your core business. Leasing provides flexibility that ownership does not.”

In the retail sector, the focus has shifted from new development to backfilling space that has opened up due to store closures.

Several big retailers, including Circuit City, Linens ’n Things, and Home Depot Expo, bit the dust in 2009, leaving prime real estate for the taking. Steve Lieberman, whose company The Retail Connection represents Bed, Bath & Beyond, was able to capitalize on other retailers’ woes and lease some of that vacant space.

Bed, Bath & Beyond also purchased a former Home Depot Expo space in a prime location just north of the Galleria for its signature Dallas store in what Lieberman terms “the deal of the year.” That purchase shows just how topsy-turvy the market has become. During a decade of working with the home-goods retailer, Lieberman says, he’d executed 92 deals—and not one of them had been a purchase. Until 2009.
Lieberman says that his client was working on another lease in the area, but they kept looking for an “ideal solution” as that deal progressed. When Home Depot signaled it was going to sell its Expo stores, a bidding war broke out. “Every real estate person saw that tract, and it was one of the premier properties” in North Texas, Lieberman says. “They had about a dozen offers right away.”

The tollway area north of the Galleria is expected to remain one of the strong markets in 2010, says Nathan Durham, senior vice president of PM Realty Group.

Part of the reason is that companies have become more attuned to where their employee base lives, unlike in the past when companies tended to locate within a 10-minute drive of the CEO’s home. “That is changing now,” Durham says, “where they are looking at the travel time of their employees.”

A little further north, Plano lured companies with great success in 2009 and hopes for a repeat this year. The city amassed 1.1 million square feet of announced deals of 50,000 square feet or larger in 2009, accounting for 4,459 jobs, according to Sally Bane, executive director of the Plano Economic Development Board.

Bane credits a forward-thinking city council that several years ago enacted an incentives program based on a 2-cent ad valorem tax. The city awarded $6.5 million in grants for 21 projects during calendar 2009. That will translate into $144 million in initial or future improvements to Plano’s tax base. As the new year began, the city was feeling good about its prospects for landing Pizza Hut’s global headquarters, a deal that would bring 450 to 500 employees to Plano.

Meanwhile, DFW’s top commercial brokers are viewing 2010 as a “soft market” for commercial real estate. But not all agree on whether the market has hit bottom. “Anyone who tells you they have a crystal ball is not being truthful,” says Terrell at Stream Realty. “Keep a keen eye on the fundamentals, rely on the professionals—and be prepared for a bumpy ride.”