For savvy watchers of City Hall, the late Friday evening prior to each City Council meeting is when we play a game of hide and seek. Regular City Council agendas are posted nearly two weeks in advance, allowing plenty of time for scrutiny by City Council members, the news media, and general public. However, there is a second agenda, called the “Addendum to the Agenda,” which appears on late Friday afternoon. In theory, matters appearing on the Addendum to the Agenda should only be there because they are last-minute issues, urgent in nature. To add another layer of complexity, items on both the Regular Agenda and the Addendum to the Agenda are split into two categories: “Consent,” and “Items for Individual Consideration.” Consent items are supposed to be routine, non-controversial matters. Council members vote on these items as a single package, unless a council member pulls an item for individual consideration.

Now, let’s say you are a city staff member, and you want to maximize your chances of getting something approved with minimal chance of scrutiny by meddlesome elected officials. What would you do?  That’s right, you would post it as a Consent item on the Addendum to the Agenda! This minimizes the chances that anyone will even hear about it until a day or two before the council meeting, if at all. Even then, if it is scrutinized, the focus tends to be on Items for Individual Consideration, which is where the complicated, controversial stuff is supposed to be placed. With that brief background, let’s look at a real example of how this plays out at Dallas City Hall in practice.

Wednesday, June 17, (the date of the next City Council meeting) is a special day. Why? Because it is the last meeting of the current council, and six of the 14 members are lame ducks, term-limited out. The Regular Agenda for the June 17 meeting, posted on June 5, was 1,071 pages long, and contained 101 items. But, as discussed previously, it is really the Addendum to the Agenda which contains most of the “fun” stuff.

Friday night I checked the Dallas City Hall website at 5:44 p.m., searching in vain for the Addendum (5 p.m. is the deadline for posting it). Oh, well, I had things to do and gave up. Finally, on Saturday afternoon (how many City Hall reporters work Saturdays?), I went searching again, and the 629-page document had finally posted, revealing 41 additional items. According to the time stamp, it had been received by the City Secretary at 4:26 p.m. Friday (June 12).

So,I started my treasure hunt. Most of the stuff was pretty typical, (e.g. $305,000 for veterinary services for police & fire dogs and horses), but then, WHOA… what the heck is this?

$450 MILLION? Really? On the Consent Agenda?

I hurriedly skipped ahead to page 71 to find out what the devil was going on.

Uh, ok. I guess by “recently” they mean late last year. Still not understanding why the rush to do a $450 million deal with only three days to think about it. Reading further, I see that the city’s existing electric contract doesn’t expire until May, 2016. Then I read this:

I’m not sure what “normal purchasing procedures” are, exactly. But, doesn’t it usually make sense to run a competitive process? Why not give Reliant a call, for example? I wonder if they might be interested in bidding on this $450 million deal. Also, why 84 months? And, one other minor point: what’s the friggin’ price and how was it determined? Does the City Manager just get cut loose to make whatever deal he wants? This all seems a bit reckless, so far. What are the benefits to this deal? How does this work, exactly?

Hmm, it “reduces electricity rates beginning October 1.” But, by how much? I’m pretty sure that if you award me a $450 million contract to supply the City with electricity for 84 months, I can figure out a way to buy down the cost of the eight remaining months on the city’s existing contract. And what’s this about increasing renewable energy to 100 percent (up from 50 percent)? Clearly,an admirable goal, but there’s this little thing about the city’s streets — they are falling apart. How much extra does the city have to pay TXU for renewable energy? Is it $5 million or $50 million? How does that goal stack up against more funding for animal services, streets, libraries, etc.?

Moving on, what’s this bit about providing $1.65 million “for City facilities?” Why not just cut $1.65 million off the contract amount instead of negotiating for a 0.3% kickback/rebate?

Finally, who the heck is “Priority Power Management,” and why is the city basically letting them dictate the terms of the deal? Let’s see…

OK, a couple of ex-TXU guys, evaluating the merits of a new $450 million contract on which only TXU will be allowed to bid. Sounds good.

So far, the City Council briefing on this proposed $450 million energy expenditure contains fewer facts than a standard consumer electric contract (actually, it doesn’t appear to contain any material facts at all).

Continuing, I see that the Budget, Finance & Audit Committee is scheduled to be briefed on this matter for the first time today. That’s nice — the City Manager giving committee members an entire day and a half to reflect on the matter before it reaches City Council. Even more bizarrely, the proposed resolution gives the City Manager carte blanche to negotiate the deal as he sees fit (just as long as he doesn’t blow more than $450 million in the process). Let’s now turn to that document, and see if it contains any facts that could prove useful in evaluating the proposal.

First off, the city department tasked with presenting to the committee has possibly one of the coolest logos of any City agency, so that’s a plus: 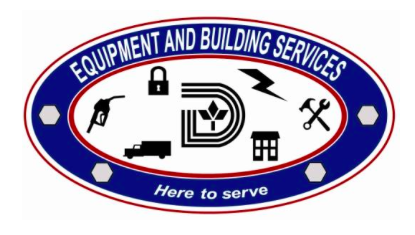 The presentation starts out with a bit of chest-beating relating to the fact that the City is using slightly less electricity now than it has in the past, and that it is paying less for what it does use (isn’t everyone paying less?). Then there’s a bit of bragging about the Priority Power Management guys and how they oversee nearly $1 billion in energy contracts per annum. So I guess this single deal will equal one-half year’s worth of business for them. Their exact fee isn’t clearly disclosed anywhere in the document.

In terms of financial analysis, broad ranges of potential savings are projected, but there is zero explanation as to how these numbers were calculated. Remember, energy prices are significantly lower now, so there should be savings.

Finally, on page 16, we learn how this $450 million plan is actually going to work:

So the City Manager really is asking Council to give him a $450 million blank check. Even the ex-TXU guys who are advising on this TXU-exclusive deal aren’t claiming that it is the best deal the city can get. They only say that it is “market competitive.” What does that mean? Why won’t the city allow any competition? Why won’t city staff disclose the pricing process and formulas? How does the city avoid getting gouged?

By way of comparison, $450 million is equal to nearly half the city’s entire general fund annual budget and roughly the cost of the Omni Convention Center Hotel. Here we have the City Manager asking Council to authorize this major expenditure with TXU without any explanation whatsoever as to the terms of the deal and why other electricity providers were prohibited from submitting competitive proposals. Moreover, he wants the council to approve the deal on the spot, without any discussion or scrutiny, less than 48 hours after Budget, Finance & Audit Committee receives its first briefing on the matter.

The warming begins, just as we begin to assess the damage.
By  Matt Goodman
Health Systems