Which November Cover Should We Have Picked for ‘Dr. Death’ Story? 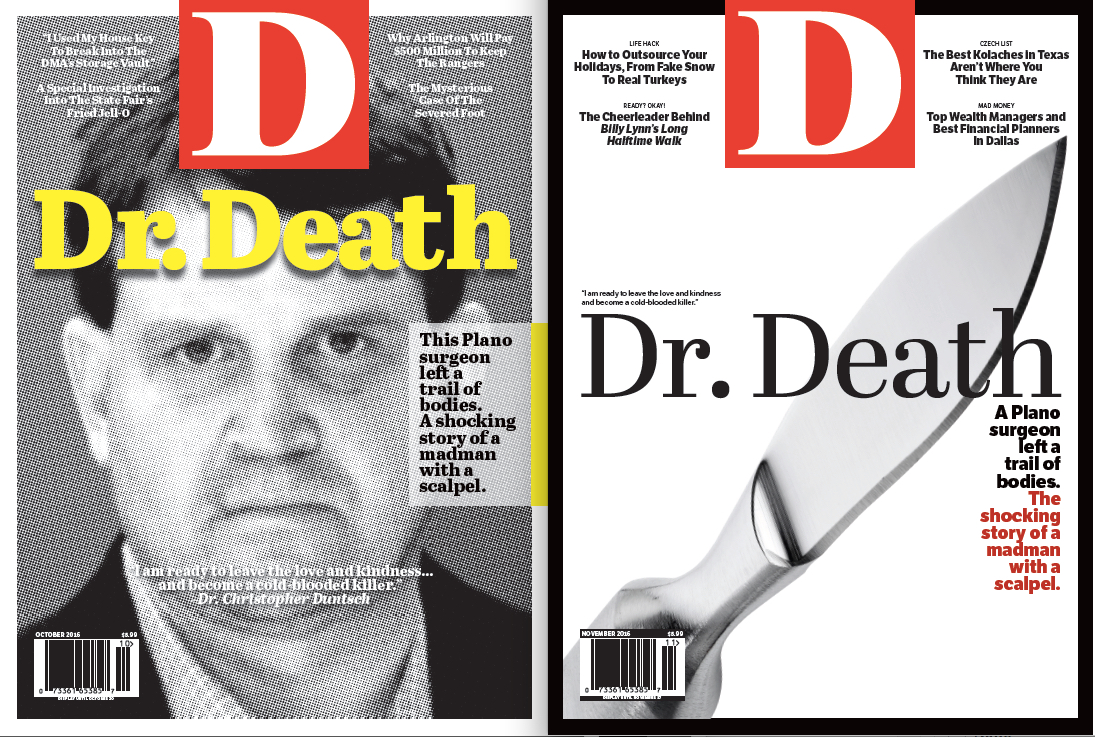 There’s nothing we fret over more each month, as a staff, than the cover of the magazine. It’s the thing that Wick gets the most involved with, sometimes killing designs at the very latest stage of the production cycle. To gather something resembling objective data, we have printed multiple preliminary cover designs and accosted downtown passersby to ask which version they found most appealing. I could tell you it’s an inexact science, but, really, it’s less than inexact, and it’s way more liberal arts than science.

I’m curious to hear what you think of these two iterations of our November cover, a story about Dr. Christopher Duntsch, a Plano spine surgeon whose patients too often wound up dead or disfigured. It’s possible you don’t know which one we chose, so I won’t bias you by saying which we picked. Cast your vote. Which cover would more likely have enticed you to buy a copy while waiting in line at the grocery store?

Dallas’ most important news stories of the week, delivered to your inbox each Sunday.
Christopher Duntsch

Dr. Farid Fata made a fortune from illegally prescribing chemotherapy to hundreds of patients who didn't need it.
By Will Maddox
Local News

Time to get your flu shot.
By Alex Macon
Coronavirus

Dallas Prepares for Omicron, Which Has Been Found in Frisco

The newest COVID-19 variant has reached North Texas. Here is what local experts are saying.
By Will Maddox
D Magazine Directories