A New Dallas Book You Maybe Might Perhaps Should Read (Possibly)

If the headline of this post isn't clear (and my boss thinks I'm often not), let me tell you that I am ambivalent about the just-released ebook The Green, the Black, and the Deep Blue Sea. Oddly, my ambivalence has nothing to do with the prolix title. No, no. It's more about the tandem of authors whose names appear on the book's cover, my relationship to them, and the genesis of this 3,785-kilobyte story. To wit:
By Tim Rogers | October 8, 2014|7:29 am
Advertisement 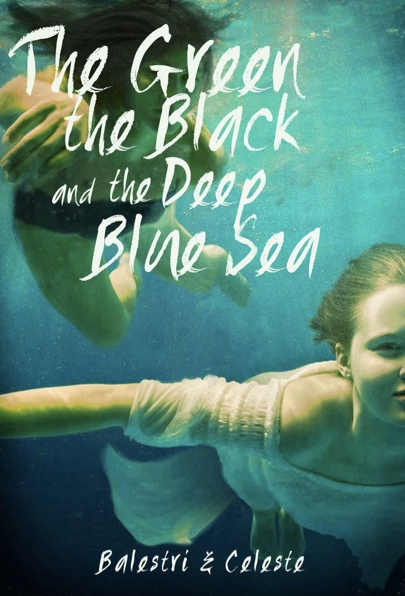 If the headline of this post isn’t clear (and my boss thinks I’m often not), let me tell you that I am ambivalent about the just-released ebook The Green, the Black, and the Deep Blue Sea. Oddly, my ambivalence has nothing to do with the prolix title. No, no. It’s more about the tandem of authors whose names appear on the book’s cover, my relationship to them, and the genesis of this 3,785-kilobyte story. To wit:

Many years ago, Ray Balestri — a very smart, well-read lawyer who refuses to follow through on a $500 bet that he can beat me in a game of one-on-one basketball — posited that all profitable juvenile fiction follows a formula that he’d figured out. Ray, who has written a few times for the magazine, asked me to do some book-writing work for him, based on his theories. Or he suggested it. Point is, the guy wanted to make (more) money, and YA was his game. I’m sure that he’ll disagree (as he always does) in the comments about my telling of these events, but I told him he was dumb, that writing books was really hard, even YA books, and that there were only two reasons to do it. Reason the first: you have a contract to do it. Reason the second: you can’t help yourself, you have a story that you want told, and you are a crazy person (aka an “artist” or “whatever”).

Yes, mermaids. That was Ray’s idea. Mermaids are the new vampires. And plus: every story is just a retelling of Romeo and Juliet. I hasten to add that Ray is a Harvard-educated human who really has read an enormous number of books. Honestly, he has read more books than I have. Or at least he remembers better than I do the contents of the books he has read. No matter. Again: this is about basketball and publishing.

But so our friend Eric Celeste was not as immune to Ray’s charms as was I. Thus did Eric agree to help pen Ray’s tale, working his stubby fingers nearly to the bone, typing thousands of words about mermaids. Or, as the Amazon description puts it, the book is about “Summer Kane, a 17-year-old lifeguard on Narragansett Beach, and Gabriel, a handsome young fisherman working on a fishing trawler out of Point Judith, Rhode Island, who guards a deep secret.” Eric didn’t write the entire thing. There was some sort of teamwork going on. Ray puts it this way: “We were both writing at the inception. Eric came up with all of the characters. I came up with the entire plot. Eric wrote about 75 percent of the scenes still appearing in the book. I wrote the other 25 percent. In carpenter terms, Eric is a framer (and an excellent one). I’m the finish carpenter and cabinetmaker.” I can only hope there is a lawsuit down the road. Lots of other stuff happened in the writing of this book that I’m not telling you about. Lies were told. Light eventually was shed.

My personal issues aside, here’s the deal: Ray went into this gig a calculating, avaricious bastard. At some point, he fell in love with the project. He bought his own story. He stayed up late, reworking parts of the book. He neglected his children. He barked at his wife. She (rightfully) resented his work on this silly side project. He became the artist. Or the whatever.

Eric and his work on the book are a big part of this story. I’m skipping parts of that for now. Because the through line, for me, is the calculating bastard who discovered something he loved and suffered for it. I’m ambivalent about this book because:

1. I want Ray Balestri to fail miserably, because I told him years ago that he didn’t know what he was talking about and because he won’t play me in the damn one-on-one basketball game for $500 that he agreed to. And because …

2. I want Ray Balestri to succeed wildly, because the story of his book and how its author went from money-grubbing lout to long-suffering wordsmith is a wonderful tale that I’ve already claimed the right to tell in its full glory at some later point. And because that tale will drive Eric insane.

Get a front row seat to the best shows, arts, and things to do across North Texas. Never miss a beat.
Eric Celeste Ray Balestri