When Heather Torres launched Porch Pumpkins last fall, she wasn’t expecting her hobby to become a full-fledged operation. But her eye-catching front porch displays took off, and when the 2020 season wrapped, Torres and her small but mighty team had installed pumpkin-focused fall displays in front of over 250 homes in North Texas.

This year, Torres was ready to tackle larger projects, hundreds of additional clients, and even an expansion into other Texas regions. 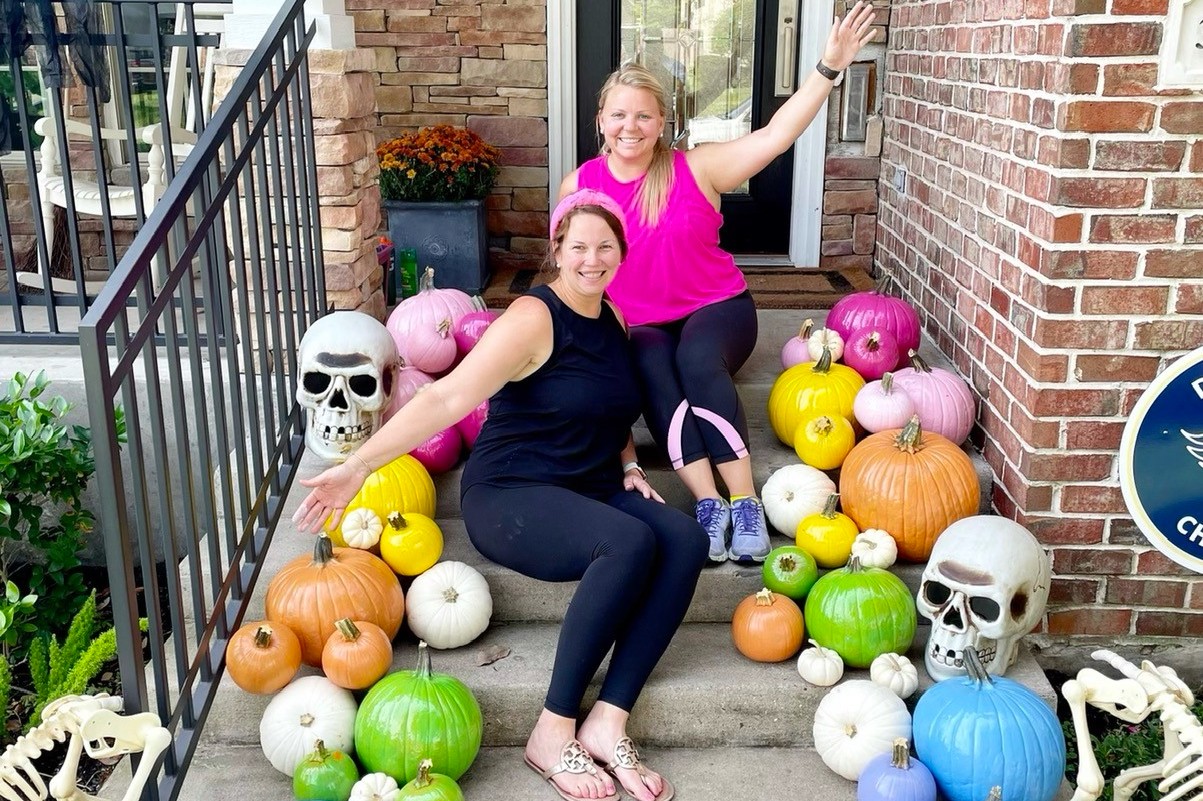 Torres and her best friend, Sarah Balcerowicz, one of Porch Pumpkins’ designers.

We caught up with Torres a few weeks ago, while she and her team sorted through two 18-wheelers full of colorful pumpkins in their warehouse, to learn more about her second year in business.

Torres kicked off the 2021 season on August 1 with a brand-new website, an LLC, and a trademarked logo. In 2020, customers would text or call her directly to place orders and coordinate deliveries. She says that accepting orders online was the biggest development for Porch Pumpkins. 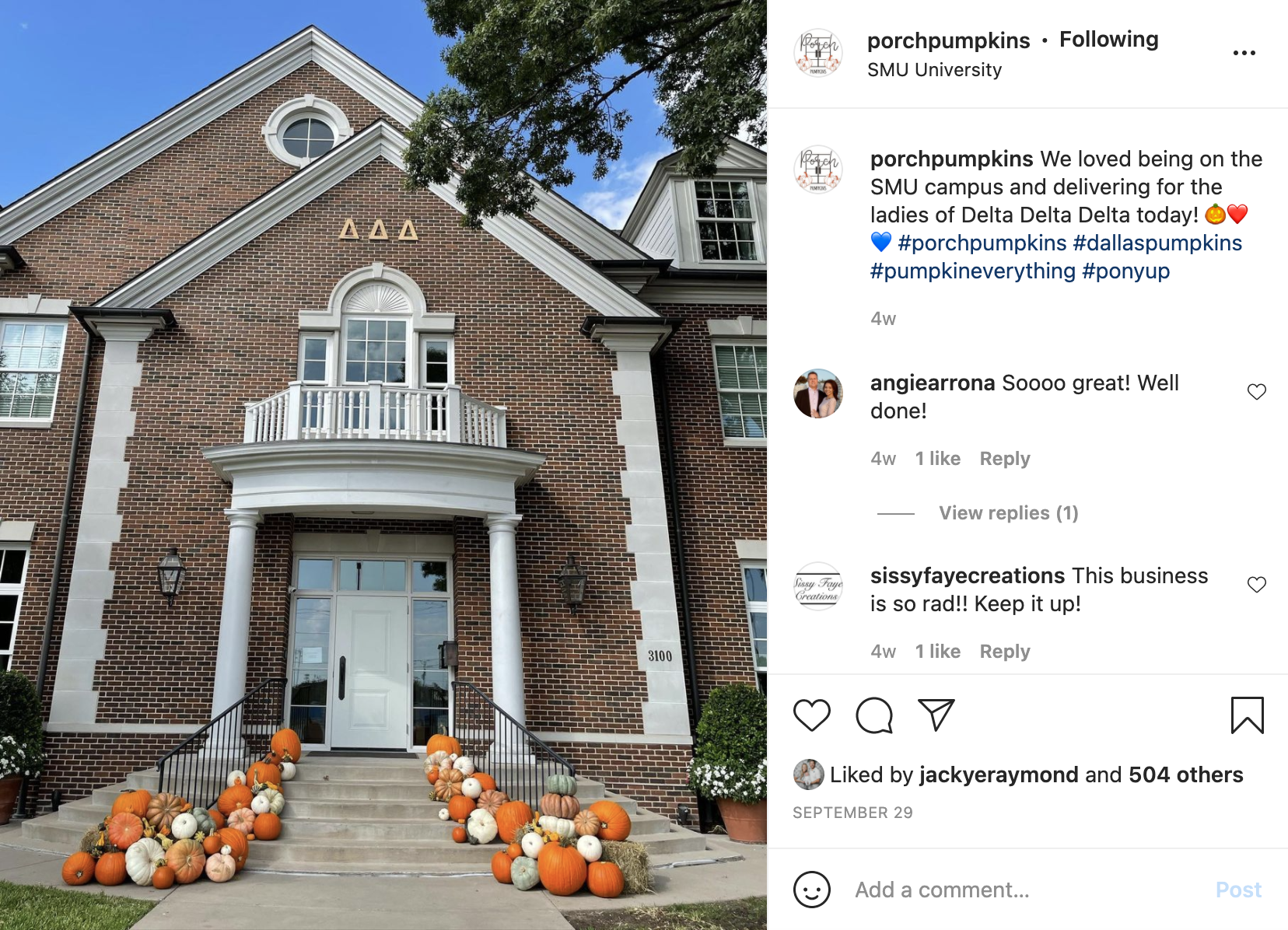 For two months, Torres and her team installed over 600 displays at homes in Dallas-Fort Worth. From there, the team headed south. Porch Pumpkins hosted a Houston ‘pop-in’ from October 4 to 9. Both Torres and her husband grew up in Houston, so making the return trip was special.

“So many of our friends and family members [in Houston] saw what we were doing in DFW last year, and they were like, ‘you have to come here,’” says Torres. “We recruited a great team and sent pumpkins down and made it happen. We had some beautiful homes on the schedule in West U, Memorial, and River Oaks.”

Porch Pumpkins also expanded into commercial design this year, creating pumpkin displays for the Harwood District’s outdoor spaces and indoor lobbies and for an office building off Turtle Creek.

To prepare for its new ventures, Porch Pumpkins tripled its staff. “We have delivery drivers that actually drop the pumpkins off, and then we have several new designers that make the displays look beautiful,” says Torres. “Now I’m not the only person driving around with pumpkins falling out of my car.”

One of this season’s biggest hits was a new addition: rainbow packages. The brightest variety featured pumpkins painted every hue, from pink to green. “Everyone was loving these rainbow pumpkins,” says Torres. “We spray-painted them ahead of time and they had a full week or two to dry.” A more subtle rainbow variety used cascading shades of orange and white.

Porch Pumpkins booked a few dozen takedowns and pickups last year. In 2021, Torres added the service to her online ordering system, which she says drastically increased the number of customers who chose this option. Porch Pumpkins plans to dismantle these displays around Thanksgiving; take a drive through the Park Cities to see if you can spot a few of the company’s creations before they’re gone.

Follow @porchpumpkins on Instagram to stay in the know about next year’s bookings, then check out the gallery below for more photos.