Allison Crawford’s Instagram feed immediately transports you into a world where whimsy rules and bright colors dominate. The mix of personal posts, travel inspiration, and past work will leave you unsurprised that, as the founder of Allison Crawford Design, she has made a name for herself with vivid spaces that function as millennial eye candy and seem to have been born for the squares on the app.

Crawford has taken her chic aesthetic beyond personal spaces (and the internet) and translated them into experiences for the stylish traveller. In the summer of 2017 she created a line of design-centric Airbnbs dubbed HOTELette. First opened in Nashville and then Austin, Crawford launched her Dallas Airbnb 15 months ago after her friend Brittany Cobb opened the brick and mortar Flea Style in Deep Ellum.

“We wanted to be in multiple markets so that people would go to one, and then for their next girls’ trip, they’d want to stay in another…” Crawford says. “Brittany opened that store and I was like, ‘let me look further into Dallas. I think there a lot of creative entrepreneurs that are starting businesses and really thriving.'”

While they all have similar feels, each property elicits their respective city’s unique personality. The Dallas property, nestled in Bishop Arts, is bold. A 1930s cottage with a sophisticated black and white base is topped off by touches of color, ranging from cobalt blue to yellow. And because of the home’s many moldings, intricate ceiling work, and white-painted woods, Crawford felt inspired by Parisian design when adding decor to the home. She incorporated a bevy of trendy yet feminine artwork.

This Airbnb is not Crawford’s first brush with Dallas. Receiving her Bachelor’s degree from SMU, she lived in Uptown as a young adult. While she was working a corporate marketing gig, she was flipping houses and redoing her own condo, which led her to launch Allison Crawford Design as an LLC so she could receive trade discounts. 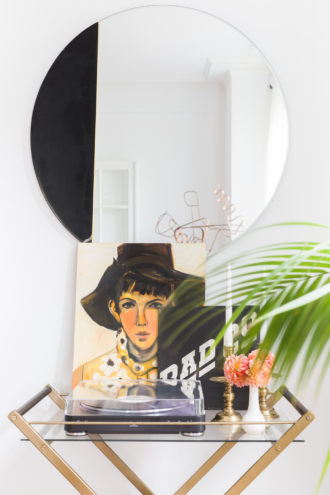 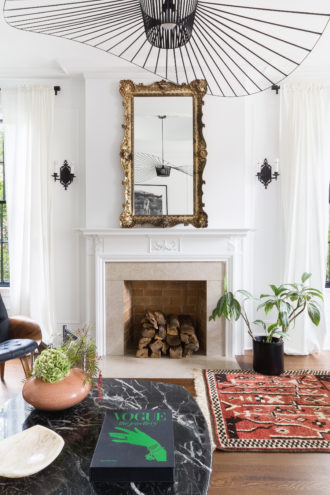 She soon begun focusing solely on her interior design endeavor, which took her to Los Angeles for design week in 2016. She stayed in a lackluster West Hollywood Airbnb, leading her to ask, “Why isn’t there a collection of design centric Airbnbs across multiple markets that fill a void between boutique hotels and common Airbnbs?” A year later, HOTELette was off the ground.

Now, nearly three years after the company’s inception, Crawford continues to look into launching in other markets—both domestic and international. On March 25, Crawford and her family are moving to Paris for her husband’s job, and while she has to look into the county’s rules and regulations before dropping a French edition of HOTELette, she does promise to shop the Parisian flea markets for her existing properties. This bodes especially well for the Dallas property, which is already a little piece of Parisian luxury.