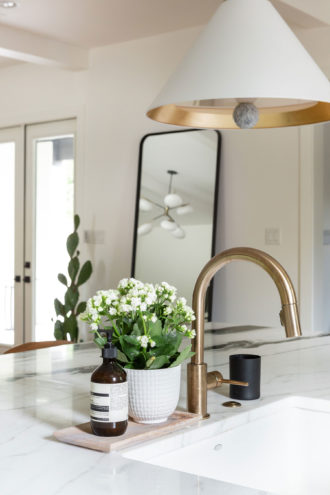 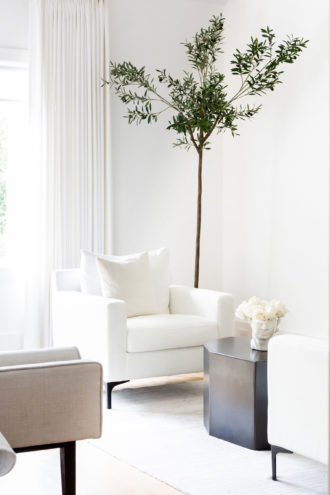 Ashley and Austin customized a few other features specifically to make their new life as parents of one a bit easier. In their upstairs quarters, they put a nursery on the opposite side of their bedroom so that music and chatting wouldn’t keep the baby up. They also tucked the laundry room behind Ashley’s closet, keeping dirty clothes out of sight.