Enjoy unlimited access to all of our incredible journalism, in print and digital.
Subscribe Now
Advertisement
Civics

When Does Our Confederacy Conversation Target Street Names in Oak Cliff?

How sublimated do references or symbols of the Confederacy have to be before they are deemed inappropriate?
By Peter Simek | June 29, 2015|12:28 pm
Advertisement 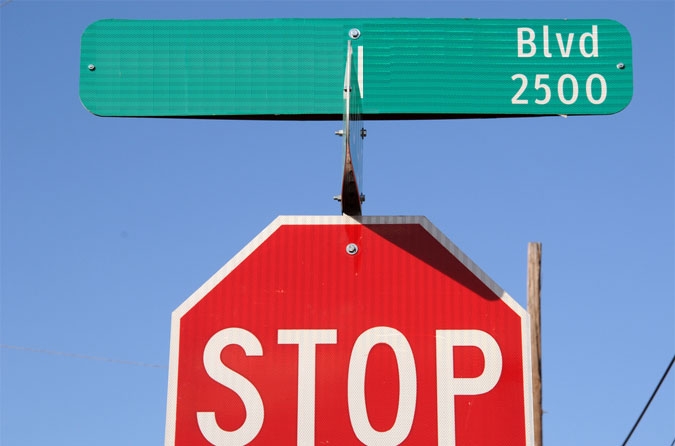 I don’t need to say it: in the wake of the Charleston shooting, there has been a lot of talk about the Civil War and what the various ways in which we remember, honor, or commemorate its history say about a legacy of racism in America. Alabama has removed a Confederate flag from a memorial at the state capitol. There are calls to take down a Jefferson Davis statue in Kentucky. Dallas’ Lee Park has come under scrutiny. I could go on.

At this point in the conversation, the momentum seems to point towards a gradual, though thorough washing-out of Confederate memorials throughout the nation. But how far will it go? How sublimated do references or symbols of the Confederacy have to be before they are deemed inappropriate? Statues and flags are one thing, but what about the more subtle reminders.

I found myself wondering this driving down oh-so-topical Davis St. in Oak Cliff. “Davis Street” seems like a perfectly innocuous name. However, I remember the first time a friend pointed out something I had never noticed even though I had been living Oak Cliff for a few years at the time. The street that runs parallel to Davis is Jefferson Blvd. And if you have any doubt that the pairing of those two streets’ names isn’t intended as an ode to the Confederate president, keep in mind that these two major boulevards of Oak Cliff intersect a slew of streets named after presidents: Tyler, Adams, van Buren, Madison.

So, will Dallas eventually change the names? Is that being over-sensitive? Are these two streets written into Oak Cliff history in a way that supplants any veiled reference to a Confederate past, or do they provide a direct link to Oak Cliff’s own questionable history of racism? Do you change both or does changing one name nullify the meaning? And where else in Dallas can we find these more subtle homages to the Confederate past? Is changing the names of the Lee Streets in Dallas, Mesquite, Greenville, Cedar Hill, and Irving going too far? I mean, maybe they were named after some civil engineer’s Uncle Lee. But who was Uncle Lee named after?

Zooming out, will towns like Leesville, LA and Leesburg, VA be pressured to change their names? There is no doubt who those towns’ names pay homage to. Oak Cliff’s Jefferson Davis Elementary School’s days are surely numbered. What about East Dallas’ beloved Stonewall Jackson Elementary?

Is it ever not the case that the symbolic meanings that attach to certain historical figures override the more complex reality of personal and historical identity? Or, at a certain point, does the weight of that symbolic inference supersede any particularity of character we once found possible or appropriate to honor? And is it also possible that the erasure of symbolic history obscures something of the reality of that history? The complicated reality of war and history transcend symbolic inference, and so waging war against historical semiotics gets messy fast.

At first, it seems clear enough. The desire to wash out the malignant symbols of tainted honor we have inherited from another generation is an understandable reaction in the face of unfathomable horror like what we saw in Charleston. Lowering the Confederate flag offers a real, tangible way to acknowledge a desire for change. It offers a means to remove any hint of a tacit or symbolic condoning of any aspect of the racism that was written into the very raison d’être of the Confederate States, regardless of whatever sense of cultural affirmation or nostalgia some attached to that symbol in the past. There is no justification not to do it.

But when you look out across the cartological expanse of our city – let alone the country – you see how this history is woven into the geographic fabric of everyday life. There they are, manifested in so many countless little ways. Jefferson Blvd. Davis St. They go unnoticed. They seem insignificant, drained of whatever meaning or honor that was once bestowed upon them. But still, they are part of our American inheritance, and taken in sum, they offer their own kind of symbolism. They create a kind of sonar mapping written out in names and monuments, thousands of little pings that trace-out the depths to which the heavy burden of the past enters into the lived-in present.

Dallas’ most important news stories of the week, delivered to your inbox each Sunday.
Racists And Misogynists

Go Oak Cliff’s annual Mardi Gras parade was on hold for a couple years during the pandemic. On Sunday, the crowds and krewes returned to Davis Street to celebrate the day.
By Bret Redman
Media

Don't get shot or reshot.
By Tim Rogers
Dallas History

Before it became a posh office park, it was a halfway house.
By Tim Rogers
D Magazine Directories