Mike Pazzaglini says it was divine intervention that originally led him to Saint Vincent de Paul. About a year after moving to Austin with IBM, he was looking for a way to give back to the community when his pastor suggested the nonprofit. Pazzaglini instantly felt a connection. 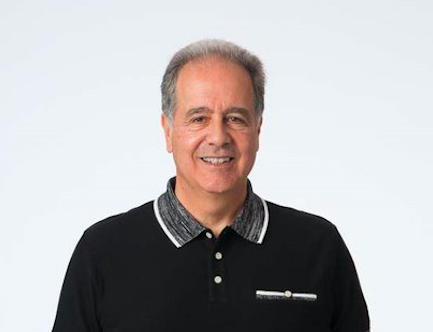 “I sort of found my spiritual home,” he says. After 17 years of volunteering, he was asked to consider taking over as CEO in Dallas. He was hesitant to leave IBM, but ultimately decided to make the leap. Pazzaglini was able to bring his business expertise to the leadership role and, having led remote teams long before it was common to do so, ensured that systems were in place to enable work-from-home well before COVID-19 made it a necessity.

Saint Vincent de Paul served about 66,000 individuals in need last year, providing financial, material, and emotional support. One program that has had a strong impact locally is its charitable pharmacy in Dallas. It’s the first of its kind in Texas, and Pazzaglini is determined to take the service statewide. “We want to be able to deliver prescriptions overnight to anywhere in the state of Texas,” he says.

The pharmacy dispenses free prescription medications to qualified, low-income residents lacking health insurance, and launched in 2018. The 1,000-square-foot facility is located in Vickery Meadow, and part of a center is that is a mission of Northwest Bible Church that aims to help and empower refugees.

The pharmacy’s prescription drugs are sourced from the Dispensary of Hope, a national clearinghouse for donated prescription medications in Nashville. The medicine dispensed at the pharmacy are the most frequently prescribed, including those for hypertension, diabetes, high cholesterol, and cardiac care.

Patients from any provider can send their medications to be picked up at the pharmacy for free, given that the patient qualifies. In three years, the pharmacy has provided more than 50,000 prescriptions  to thousands of patients. The pharmacy saw a 34 percent increase in patients and a 63 percent increase in prescriptions between fiscal year 2020 and 2021. Leaders at St. Vincent de Paul are hoping to expand services to send medications via mail to patients in need around the state. The growth would allow the pharmacy to serve more Texans without incurring the costs of additional brick and mortar facilities. The organization is undertaking a $3 million fundraising campaign to help with the expansion.

If the patient doesn’t have health insurance and the family lives below 200 percent of the poverty line and has a valid prescription, they can qualify to receive their medications at the pharmacy, which receives 75 percent of its medicine as donations from pharmaceutical companies and has supplies for chronic conditions. It doesn’t supply controlled substances.

After seven years as CEO, he is in the process of shifting to an advisory role, but will continue to help with the expansion project. “The pharmacy program is so unique, so special, and fills such a necessary need, I want to see it succeed and then some,” Pazzaglini says. “And I will do whatever it takes to make that happen.”

Scenes from the North Texas Irish Festival at Fair Park