When SOC Telemed acquired Dallas-based Access Physicians in March 2021, Access founder Dr. Chris Gallagher assumed his new role as an integration evangelist. He continued to sell Access and its model to leadership at SOC and spread the word about the benefits of the acquisition to the Access staff. But months later, he would assume the CEO role of the newly merged company. So how did he get there? 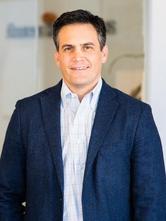 Gallagher founded Access while in the middle of a cardiac electrophysiology fellowship while moonlighting in rural west Texas and fell in love with rural healthcare. He later became the Chief Medical Officer of a rural East Texas hospital and eventually formed a telemedicine group to provide rural hospitals access to specialists that may not have been available locally. Founded in 2013, Access connects specialists to hospitals all over the country. The group didn’t receive any outside funding for years but grew organically and quickly enough to become an acquisition target.

The company worked with 600 specialists and subspecialists and developed telemedicine carts to connect patients with providers they needed to see. It is endorsed by the Texas Hospital Association and the Texas Organization of Rural and Community Hospitals for their work in telemedicine and had partnerships all over the country. Gallagher wanted to remain independent to develop the model and prove viability. “We needed uninterrupted time without any external influences to develop models that we felt were clinically relevant and could improve patient care and outcomes,” Gallagher says.

In 2019, Access accepted $9.3 million in Series A funding from Health Enterprise Partners, a private equity firm focused on healthcare with financial backing from some of the largest health systems and health plans in the country. At that point, the clock started ticking to create a return for the investors. Gallagher figured a transaction would be in the works within three to five years. Then the pandemic hit.

Remote care and telemedicine became widely accepted during the pandemic to reduce the spread of COVID-19, and Access saw growth accelerate. Before the end of 2020, the company had received inquiries about an acquisition. “We had a conversation with SOC toward the tail end of that year, which made us intrigued,” Gallagher says. “SOC was, for me personally, a trailblazer. They’re the Goliath of telemedicine for hospitalized patients and had been the inspiration for me ever since our founding. It’s been the one we have been chasing.”

Unbeknownst to Gallagher, he would soon be CEO of Goliath.

The $194 million acquisition created the largest national provider of acute care telemedicine, and was a complementary one. Though they were competitors in some ways, Access had superior hardware while SOC had the more robust software. Each of the companies had minimal territorial overlap, smoothing the path to the integration. The combined company delivers acute telemedicine to almost 1,000 facilities, including over 700 hospitals in 47 states, valued at $790 million.

After the acquisition closed, Gallagher became president of Access Physicians, a division of SOC Telemed, and a board member of the new company. He helped the companies come together by selling each side to the other, explaining the best practices of both. He hadn’t considered being leadership of SOC but was committed to a successful transition.

Months earlier, SOC had gone public through a SPAC, but the stock price has taken a nosedive since going public. A share price that sat in the high 9s in November 2020 had dropped precipitously since, losing around 80 percent of its value in less than a year. As a result, the board of directors needed to make a change, and a new leadership team was put in place amid a company reorganization. After just five months, Gallagher assumed the CEO role at SOC on Sept. 1.

The stock price bumped up slightly after his appointment but has continued to drop since. Gallagher, though, is hopeful about jumping into his new role. “In any new role, you dive in, and you try to learn as fast as possible,” Gallagher says. You come up to speed on every facet of the organization, digging in on the financial infrastructure, the client relationship structure, the sales structure, the existing culture, the strengths and weaknesses, and the people as well.”

Gallagher recognizes new challenges to leading a public company, with unique pressures to stabilize and eventually grow the business. He founded Access without funding. It had to be profitable from day one, and he hopes to bring that level of efficiency and discipline to SOC as well. He wants to lean on the 17-year-old company’s legacy to expand services.

While there are more entrants to the telehealth market, demand from hospitals has skyrocketed as well. The pandemic has reduced the stigma from providers in bringing in specialists via telehealth, and he is bullish on the future of the company he now leads.

“Telemedicine enables care in every hospital, and we already are in a physician shortage and a provider shortage,” Gallagher. Now every hospital wants to have every need met, and so that dramatically increases the demand as well. All that interplay continues to make it a really exciting market in the end.”