The system broke ground on the seven-story tower this week, adding 300,000 square feet and increasing the number of beds from 72 to 212. The HKS-designed addition will double the size of the hospital and expand cardiology, oncology, gastroenterology, orthopedics and neurology, and other services.

According to the 2020 census, Collin County has grown 36 percent since 2010. The county’s median household income is more than $96,000, and more than half the adults have college degrees. Only 12 percent of adults don’t have health insurance, significantly less than the average of 18.4 percent statewide. According to a U.S. Census Bureau report, Collin County metros Frisco and McKinney were among the state’s five fastest-growing cities.

The expansion is part of a growth trend for Children’s Health, opening services at the former RedBird mall in southern Dallas and announcing plans for a 72-acre campus in Prosper in 2019. The growth is needed because of increased pressures on existing services. In the last 18-24 months, programmatic growth has led to double-digit usage increases for service lines such as oncology at Children’s Health’s plan campus. Patients are becoming more accustomed to convenience and are embracing receiving care closer to home. The emergency department also broke volume records in 2021.

The Plano campus sits on 155 acres of land in central Collin County, with plenty of room for growth. The hospital was built with the knowledge that the campus would expand, allowing the new tower to be smoothly integrated into the existing infrastructure. “Though we didn’t know exactly when it would expand, with steady and continued growth, we knew we would have an expansion eventually,” says Vanessa Walls, executive vice president for the northern market for Children’s Health.

The new tower will be built with efficiency in mind, connecting the beds to ancillary support programs, reducing transport times between the operating room and the emergency room, and providing closer patient access to imaging. The rooms are built with flexibility in mind, meaning they can easily transition between specialties and adjust to the patient’s acuity level. The surges resulting from the COVID-19 pandemic have pushed many systems to think about flexibility, allowing them to adjust as needed to an influx of patients.

All new patient rooms will have a view of the campus, which includes a field where a local farmer pastures his horses. The new version of the campus will tie into the surrounding community via trials and include several pocket parks and green spaces. There will be new food options and areas where families can find respite. “We want to provide a place to decompress,” Walls says.

The primary goal of the expansion is to bring pediatric subspecialty programs to the hospital, bringing those services closer to Collin County residents. The hospital will also work toward enhancing its trauma designation from Level IV to Level II.

“We are glad to have the opportunity to fulfill what we see as our mission to make our life better for children in the area north of Dallas,” Walls says. 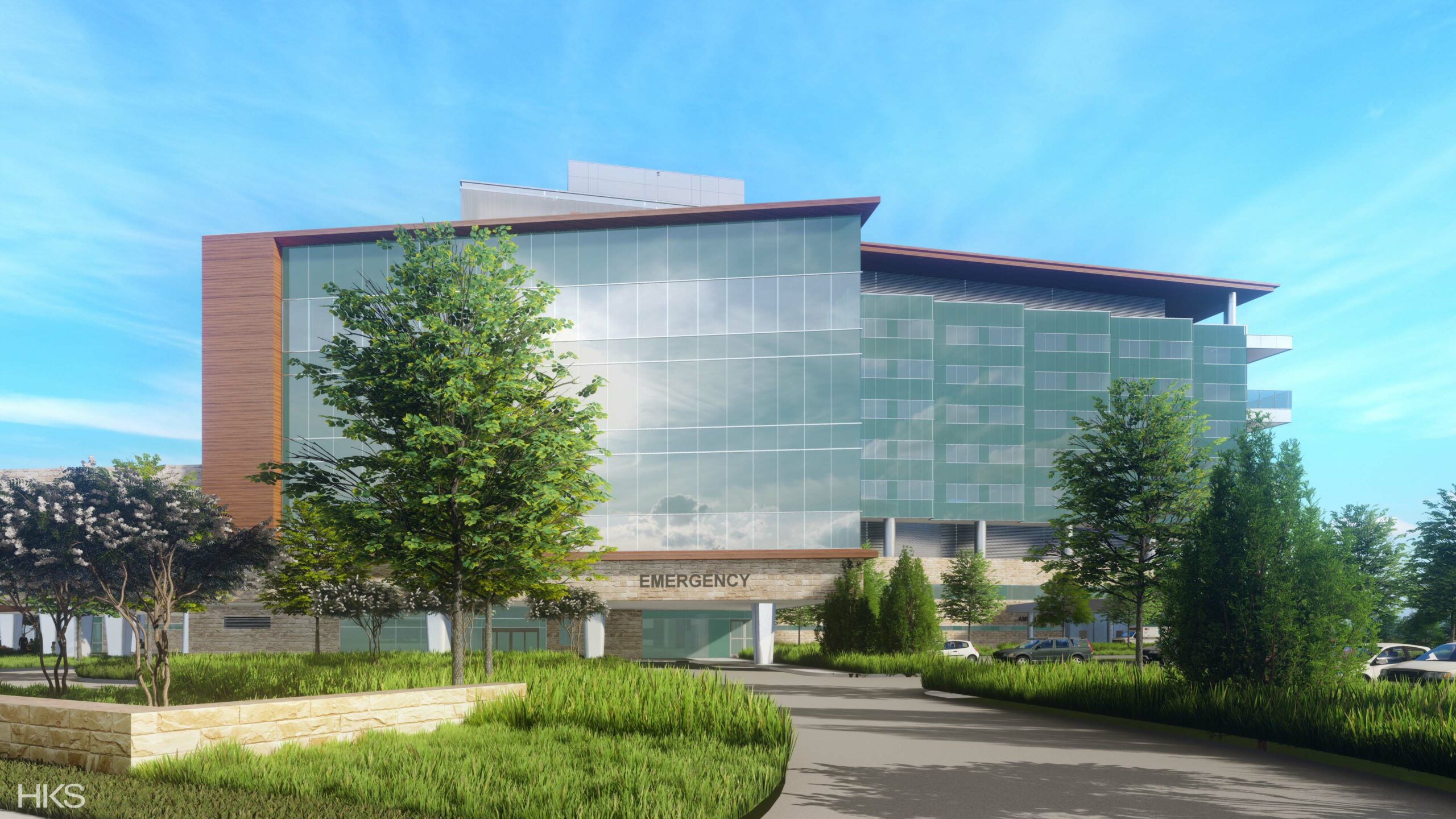