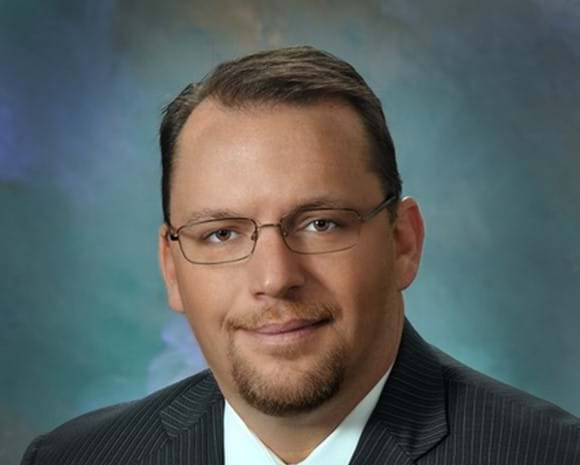 City Hospital White Rock’s new CEO, Matt Roberts, is looking to grow the community hospital. Tucked into the northeast side of White Rock Lake, it is unique to Dallas because it is not part of the major systems, but Roberts says the hospital’s advantages can help it attract talent and expand services.

Roberts arrives at City Hospital after holding CEO positions at five hospitals in Texas, Tennessee, Louisiana, and West Virginia. Most recently, he was CEO of Raleigh General Hospital in Beckley, West Virginia. Though Beckley is a city of 16,000, it was the largest hospital in the region and served a much greater population. Even though he is moving to a larger city, Raleigh staffed about 300 beds, while City Hospital has less than 200.

City Hospital White Rock is unique because it is not part of one of the major health systems here in North Texas. While a few local hospitals are not part of the Texas Health, Medical City, Baylor Scott & White, or Methodist Health systems in town, the vast majority have consolidated into one of those powerhouses.

City Hospital is owned by Pipeline Health, which owns and operates seven hospitals in Dallas, Southern California, and Chicago. Pipeline Health purchased the hospital from Baylor Scott & White in 2017, and before BSW owned it, it was a physician-owned hospital known as Doctor’s Hospital White Rock. This is Roberts’ first role with Pipeline, and he has been impressed with upper management. “We have the same vision, which is quality first and foremost, and making sure that you take care of your patients in the best way possible every single time,” he says.

But for Robertson, size is an advantage for recruiting and retaining staff. “We try to partner with every physician in terms of how can we make their job easier when they’re in the hospital,” he says. “In a very large tertiary care facility, it’s not always that way for all the positions because there are so many physicians. It’s hard to give them the personal attention that they would get at City.”

Roberts also sees an opportunity in the hospital’s location. Most of the city’s hospitals are nearer to downtown or along the major highways, while the eastern swath of the city between White Rock Lake and 635 doesn’t have any hospitals.

The hospital’s size can also be an advantage for patients, Robert says. The ability to park close to the facility, find their way quickly, and get out will cut downtime compared to navigating a massive campus. “We want to use that to our advantage and feel like we can be more convenient for people, more open to them, and get to know them.”

City Hospital is owned by Pipeline Health, which owns and operates seven hospitals in Dallas, Southern California, and Chicago. This is Roberts’ first role with the organization, and he has been impressed with upper management. “We have the same vision, which is quality first and foremost, and making sure that you take care of your patients in the best way possible every single time,” he says.

When we spoke, Roberts had been on the job about a week and says he was still evaluating areas of opportunity, but he knows that growing the hospital’s reputation and talent base would be part of the process. He has experience recruiting and developing hospitals. At Raleigh, he grew revenue between 2016 and 2019 when many regional and rural hospitals were struggling to stay afloat. He also brought in 26 physicians in a variety of specialties.

Pipeline Health is no stranger to growth in Dallas. It purchased 22 freestanding emergency rooms in a partnership with Lewisville-based Adeptus Health, the largest operator of freestanding emergency rooms, in 2019. The facilities are now licensed outpatient departments of City Hospital at White Rock and renamed City Hospital Emergency Care. Freestanding emergency rooms have come under media and legislative scrutiny of late. Adeptus filed for bankruptcy in 2018 and was purchased by a New York hedge fund, which paid $212.7 million in outstanding loans after a class-action lawsuit was filed against Adeptus alleging the company made false and/or misleading statements, failing to disclose its internal control over financial reporting and the overall status of its business operations.

Roberts is looking forward to selling Dallas and continuing to grow the business. “City Hospital is going to take a lot of steps over the next few years to improve in a lot of ways and offer more things to the people of East Dallas, and I’m just excited to be here and be a part of it,” Roberts says.