This time last year, healthcare providers were in panic mode about lost patients due to the end of elective procedures throughout the spring because of the COVID-19 pandemic. One year later, things have mostly returned to normal (with increased masking and PPE, most likely), but challenges still exist for the healthcare industry. Opportunity awaits as well.

Dallas-based consulting firm RSM provided insights into the future of dealmaking in the industry and how current legislation impacts hospital finance.

The end of 2020 and beginning of 2021 were the busiest periods in healthcare dealmaking ever, RSM found. Healthcare consolidation was on the increase before the pandemic (even though some data shows that it may not be best for patients). Still, the fragmented nature of the industry continues to make it a prime target for mergers and acquisitions. Historically low interest rates, investor demand for healthcare business, and disruption due to the pandemic have accelerated the desire for healthcare dealmaking.

“The healthcare system continues to become more complex,” Kes says. “There’s more regulation and infrastructure demands, and as those things continue to rise, scale becomes more valuable. Those with entities to sell are losing ground to larger peers, so in order to maintain or sustain their business, they either merge or sell.”

The same is true locally, says Anthony Placencio, a senior manager at RSM in Dallas. “All of our clients have acquisitions going on. In terms of our folks that deal with that kind of work, they’re of sold out. Clients that we’ve had for a couple of years that historically aren’t that acquisitive have a couple in the hopper right now. There’s just a ton of activity, so it’s really exciting from a market standpoint.”

Health systems experienced double-digit decreases in patient volumes, but many remained profitable entities. While several hospital systems were forced to furlough or lay off employees during the pandemic, federal PPP funds from the Coronavirus Aid, Relief, and Economic Security Act provided a lifeline for many, allowing them to remain profitable during the year. Like Medical City Healthcare’s parent company HCA,  some health systems had such a great year that they are voluntarily giving back their PPP loan money. HCA returned $6 billion in CARES funds to the government last year, as profits remained strong. The for-profit hospital operator earned $14.3 billion in revenue during the fourth quarter of 2020, up 5.7 percent from the year before, Becker’s Hospital Review reported. For all of 2020, HCA reported a net income of $3.8 billion, up from $3.5 billion in 2019 despite the shutdown and cancellation of elective procedures during the year. CARES act funding is taxable income, according to the IRS. 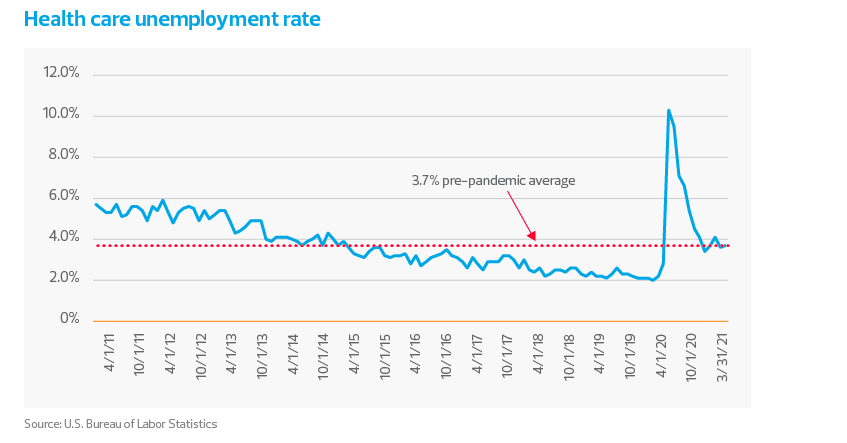 But other hospital systems may be forced to give some of the PPP funds back for another reason, says Rick Kes, a partner and Health Care Senior Analyst at RSM. The amount of PPP funding a health system is allowed to keep is based on past years’ performance, so if a hospital had several poor years in a row and then another bad year in 2020, the funds might not be enough to make up for the gap. If a health system had strong showings in the years before the pandemic, but business dropped off a cliff in 2020, the PPP from the CARES act will be a lifesaver for them, and they will most likely be able to keep their funding. “If you’ve had a couple of bad years in a row, it’s not necessarily going to benefit you all that well as compared to an entity that had a good 2019,” Kes says.

So what did health systems do to continue to thrive during the pandemic? One way to quickly regain ground lost during the shutdown was to quickly mobilize staff to get procedures scheduled and patients back in the building quickly and safely. System inefficiencies, staffing, and local rules about who was allowed back in the hospitals were all factors in how well a health system responded to the return of elective procedures. Reducing costs for contracted employees (who usually work for a higher rate than employed staff), PPE costs and other medical supply costs were also ways for hospitals to recover quickly. “A hospital system may say,’Revenue is way up.’ But what are the expenses?” Kes says. “Because what we saw, and what we we continue to see, is this continued growth of costs in areas where maybe we haven’t normally seen.”