Imagine that at your annual physical, you take a simple blood test that can tell you if you have cancer. You don’t need body scans, an invasive colonoscopy, nor mammography. You just need a blood sample that is analyzed to determine if you have cancer and which type of cancer you have.

This technology is quickly becoming a reality, thanks to developments from Irving-based Caris Life Sciences, a precision medicine company, which utilizes its clinical data catalog to identify cancer markers in the blood. The test can find cancer in patients before they begin experiencing symptoms and allows providers to select the right therapy, and later,  to measure how the patient is responding to treatment. 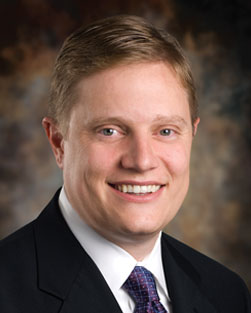 “Having a simple blood test that allows us to identify whether somebody has cancer is revolutionary,” says Dr. David Spetzler, President and Chief Science Officer at Caris Life Sciences.

The test is both the reason for, and the beneficiary of, an $830 million investment in the company, which is the largest private company financing of the year and the third-largest ever in the Medtech industry (for context, the blood test company Theranos only raised $700 million). The money will help bring the test to market, construct new Dallas and Phoenix labs, create new clinical trials, and hopefully garner FDA approval. Early trials are already underway, but later phases will need to be expanded before being available at your primary care physician or oncologist.

Caris is not the only company in this market niche but has a solution to one of the significant hurdles to early cancer detection in blood tests. Other companies in the area find cancer in the blood via cell-free DNA, but patients with late-stage metastatic cancer don’t often have that kind of DNA: Only 60 percent of late-stage cancer patients have cell-free DNA to register on other tests. Caris’ technology can detect cancer for all patients, early or late stage. “It’s a remarkable technology that has helped us solve some of the major limitations,” Spetzler says.

The test can detect the development of solid tumors in the breast, colon, pancreas, or lung. Pancreatic cancer is especially dangerous, as patients don’t usually experience symptoms from pancreatic cancer until it is too late to treat surgically. “Can you imagine if you have a simple blood test that you’re taking every year, and the doctor says, ‘We see signs of pancreatic cancer.’ If you catch it early, you can go in and surgically cure it,” Spetzler says. “That’s the key to beating cancer—to find it early enough that we can surgically remove it. If it starts to advance, things get hard.”

The algorithms used to detect cancer in the blood can also tell from where it originated and if the tumors have spread all over the body—an essential piece of information when determining treatment. The test can also measure the treatment’s effectiveness. Caris uses its global network of partners to build  a database on different types of cancer, analyzing the biomarkers found in each to aid precision treatment and advanced detection.

“There are products that are coming on the market from competitors that are measuring a couple hundred genes and trying to assess,” Spetzler says. “We’re measuring about 22,000 genes in the DNA and 61,000 RNA transcripts. It’s the breadth and ability to get information to all patients that is our greatest achievement.”

One obstacle when detecting cancer is to know when cancerous cells are dangerous and when they can be ignored. Our bodies develop small cancers every day that are quickly dispatched by our immune system, so detecting those instances would not be helpful, and could be harmful. “When does a cancer go from not being a cancer to a cancer?” Spetzler says. “There’s a whole gradation and evolution of the tumor, and it’s not like a switch is flipped and all of a sudden you go from not having cancer to having cancer. There’s an evolution there, so we’ll find out how early we can detect that process.”

Caris’ tests should be publicly available in the next two to three years, as long as trials go as expected and there aren’t any hiccups in getting the test approved for reimbursement by Medicare and private insurers. But with nearly everyone in the healthcare space saying early detection is a key to reducing costs while improving outcomes, this test seems to be a golden ticket for early cancer detection and treatment.