As the COVID-19 pandemic took hold of Dallas in May, Mayor Eric Johnson appointed Dr. Kelvin Baggett to be the City’s COVID-19 Health and Healthcare Access Czar to guide Dallas’ response to the health crisis. He spoke with D CEO about a wide range of issues surrounding his role and the growing pandemic.

Baggett is charged with balancing the needs of the economy, a growing health crisis, and a city government where council members skip the mayor’s ad-hoc COVID-19 committee meetings, and biting memos between the mayor and the city manager put in-fighting on public display. At the same time, Baggett is volunteering his time to what he says has now become a full-time job on top of his other full-time role as a as managing director at Posterity Capital Group.

With both clinical and organizational expertise, Baggett’s career has taken him from an internal medicine residency at Yale to the private equity space, following stops at the Centers for Medicare and Medicaid Services, his time as chief operating officer at Healthcare Corporation of America, and chief clinical officer at Tenet Healthcare. He has an MBA, a public health master’s degree, and completed advanced training as a Robert Wood Johnson Clinical Scholar in the Department of Medicine at the Johns Hopkins University School of Medicine and as a General Internal Medicine Fellow at the Duke University School of Medicine. In 2015, he was named as one of the 50 most influential clinical leader executives by Modern Healthcare.

Being COVID-19 czar means sifting through mountains of data, meeting with other leaders and evaluating plans and procedures for the city, as well as looking at what other cities are doing to mitigate the problem. He has also created an alliance of business, healthcare, faith, nonprofit, and government leaders to share what was being done and identify problems and opportunities. “Our combined efforts and energy can potentially produce either a faster or better overall outcome,” he says.

COVID-19 hospitalizations in Dallas County are up 40 percent in the past two weeks. A spike in activity coincided with many large group protests in reaction to the killing of George Floyd in Minnesota. Those have not, at this point, contributed to any of the recent increases. And while testing capacity has also risen some, Baggett is worried about what the future holds. “I am concerned that we’re seeing the numbers go up. I am concerned that we’re seeing our hospital capacity begin to go back to near peak levels, and that we’re still in summer,” he says. “We’re not in the fall where we might also have influenza and other respiratory illnesses and some other seasonal events. And so I’d say concern is the right label.” 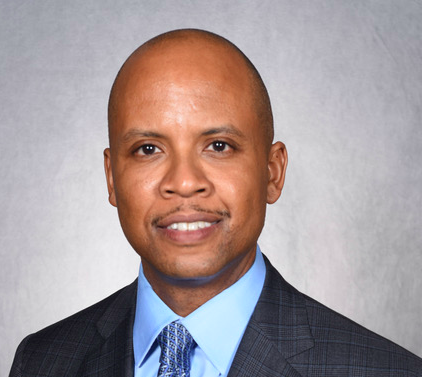 Baggett’s background makes him especially aware of health disparities and how the growing number of cases  impacts poor communities and people of color. “I started with an interest in medicine as a kid who had nobody in my family who was in medicine. I was within a community where I recognized that they were very hard-working individuals but they didn’t have access to healthcare,” he says. “And because of that, they endured and suffered a lot of health related consequences.”

Baggett says the four biggest pushes to bring the disease under control in Dallas include testing, contact tracing, communication and outreach, and vigilance around personal precaution.

“Understandably, there can be some misperceptions as to how much risk there is and we are relying on people to exercise their liberty with personal responsibility for their own good but also to protect all of Dallas,” he says. “I think given the uniqueness of these circumstances, we’re reasonably well-equipped to be able to navigate and coexist with this with this virus, which we should expect is going to be with us until a vaccine is available.”

That doesn’t mean everyone should forget about the virus, especially with protests continuing. Baggett wrote a guide to support those who are protesting peacefully in the midst of a pandemic. It includes advice for law enforcement, protest organizers, as well as precautions to take during and after the protest.

“The convergence of the COVID-19 pandemic, during which public health professionals advised people to avoid large crowds, and the mass protests over the death of George Floyd might appear to be a study in contradictions,” he writes. “But at the heart of both historic events are longstanding inequities in our communities.”

The guide to safe protesting has not been published yet, however. But we know the broad strokes. His guidance for protesters is mostly about wearing masks, maintaining distance between others, looking for symptoms, and isolating after. But this goes for law enforcement, too. He urges them to avoid violence, avoid corralling protesters, and to allow peaceful protests to continue. The Dallas Police Department tear gassed protesters in the early days of the marches, which has since been banned by a federal court. Tear gas is also proven to exacerbate the virus’ symptoms. He also cautioned those with underlying conditions from going to the protests. “If you have respiratory illnesses or asthma, you should seriously consider if protesting is the only way that you can convey your displeasure and your demand for change.”

Despite some conflicts between city and county government around the pop-up Kay Bailey Hutchinson Convention Center hospital, Baggett says he has been in close contact with Dr. Philip Huang, the Dallas County Health Director. He says they are in contact multiple times a day to coordinate efforts.

But for Baggett, serving his adopted city—he is originally from North Carolina—is about playing his part in making a difference on a large scale. “I wanted to be able to influence and shape care to make better care more available and accessible to more people,” he says about his career moves and volunteer work. “I’ve recognized that there was a significant variability and there were a lot of disparities in care, and I wanted to try to amass a set of skills that would allow me to help people receive quality healthcare, no matter where they were.”

Despite the spreading disease and its devastating health impacts, Baggett is positive about the future. “If we continue to engage and support each other as a community, I do think there is there is a higher likelihood that we’ll be able to continue to move forward.”

Dallas County Is Not Very Healthy