The Affordable Care Act created subsidies for millions of previously uninsured Americans, and with those subsidies and potential members, new and established health insurance players waded into the space to see if they could make it work and grow their membership. But in the years that followed, the market proved to be tumultuous, and premiums jumped double digits for the first few years.

Once millions of people who had not been receiving consistent quality healthcare had insurance, many medical issues were discovered; the pool was sicker than the average group of insured members. With the premium increases, 2016 saw many of the large insurers leave the individual market created in ACA. When the major players left the individual market, Oscar Health knew it wouldn’t be able to handle the necessary volume or be financially stable in the new market, and was one of several that left in 2016. Enrollment shrank after many of the insurers left the market, but has since stabilized along with premiums. 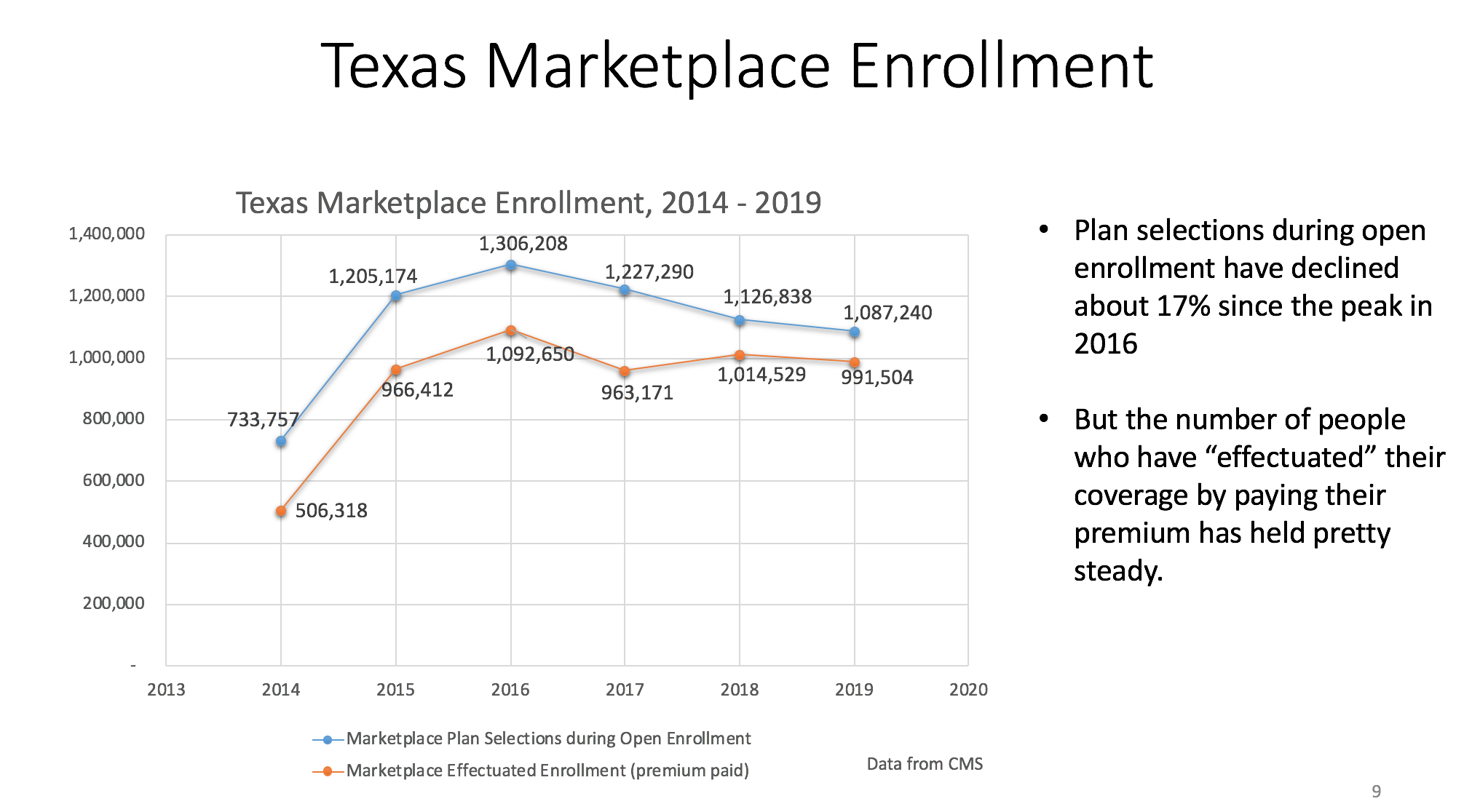 But by 2019, premiums in the individual market had stabilized and have even begun to drop, and they are expected to be stable again in 2020. This fall, New-York based insurer Oscar Health made the decision to return to the Dallas market. But the individual market stabilization nationwide has pushed Oscar back into expansion mode.

“Rates have stabilized or are decreasing after increasing 30-40 percent,” says Oscar Health’s market director for the central region, Kyle Estep.”Everybody is expanding it seems. We are part of that story, and the affordable care act has quietly been working. There is pent up demand for healthcare services in this population and given the risk pool, we know better about how to price it.”

But unlike the perception, Oscar’s average members are not all self-employed hipsters. They are more likely to be working class families just above the poverty line who don’t get insurance from their employer. “When we look at the individual market, the average shopper is not your 26-year-old freelancer. They’re are all walks of life. We have as many older Hispanic grandmothers as young millennials,” Estep says. 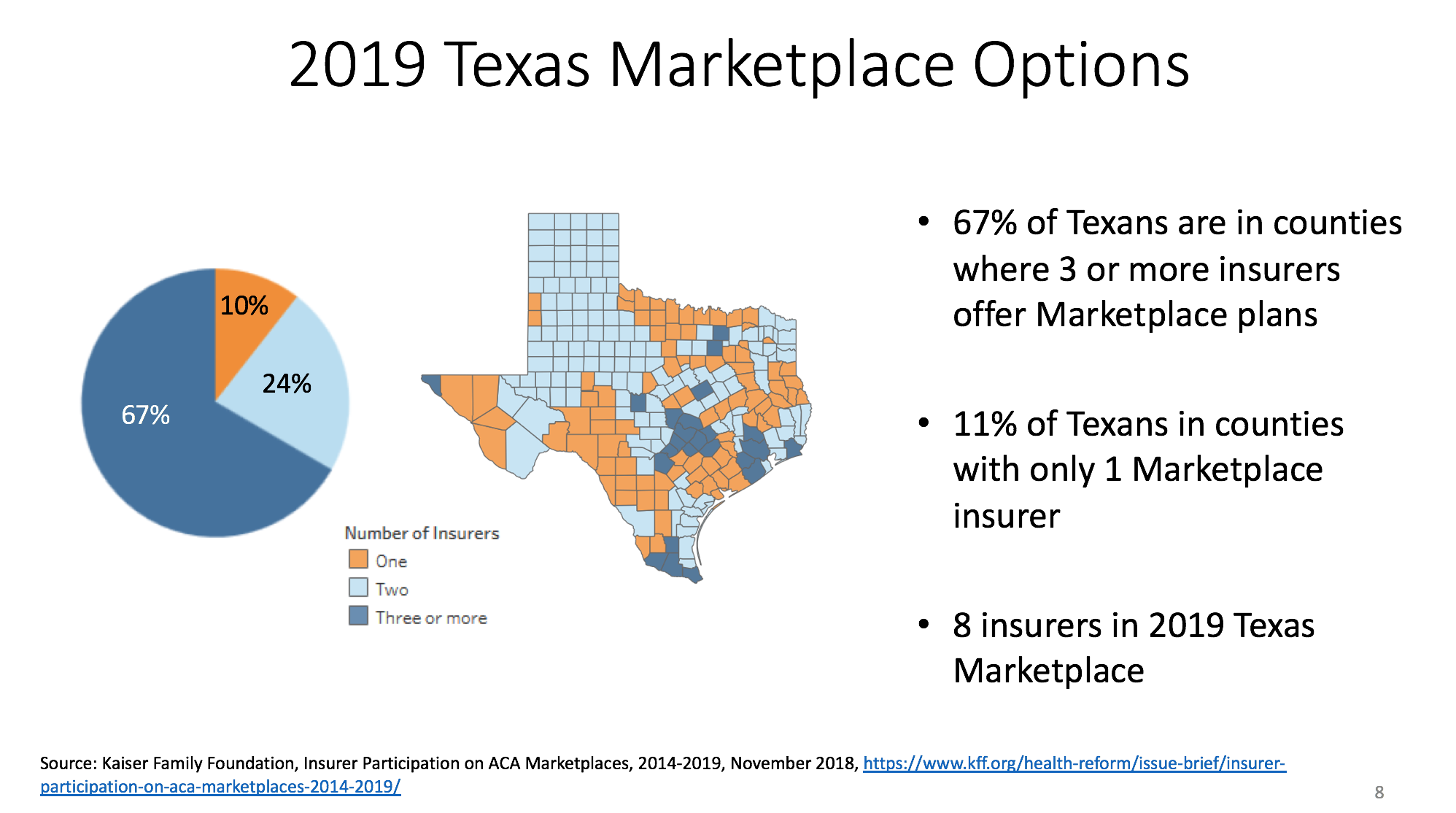 Oscar feels like they can be competitive in this market, and that their tech friendly and concierge service appeals to all types of individual market shoppers, whether tech savvy or not. They also feel like their network, which includes Methodist and Medical City health systems, make them a competitive option.

“We look for how big the market is,” Estep says. “One of the criteria is uninsured, others are the size of individual market and local competitive dynamics. We offer something different for people to be excited about.”

In addition to the stabilized market, Texas’ growing population and economy make it a ripe place to expand any business, especially for health insurance. Texas has the highest uninsured rate in the nation, and Dallas is the big city with the worst health insurance rate in the nation as well. The individual market is targeted at those who are too wealthy to qualify for Medicaid but who don’t have insurance through their employer, which makes up a great deal of the uninsured in the region.

In Texas, there are 1.6 million uninsured Texans who are eligible for individual marketplace subsidies but have yet to purchase insurance. Those uninsured individuals are the targets for companies like Oscar looking to grow their presence. 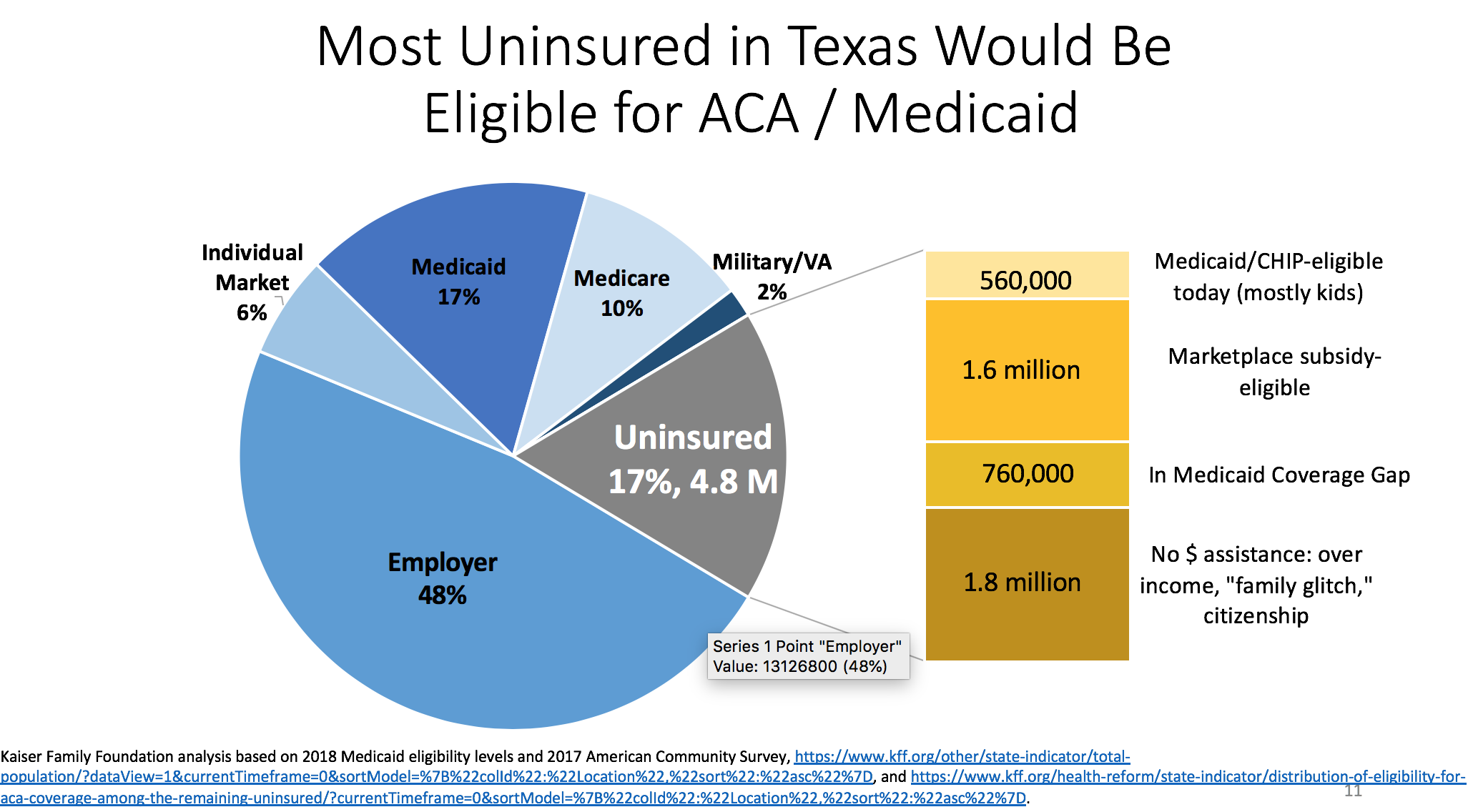 (Courtesy of: Center for Public Priorities)

Finally, an upcoming trend that is exciting for insurance companies looking to grow the individual market is the Individual Coverage Health Reimbursement Arrangement, where employers are able to set aside money spent on healthcare and reimburse employees for health insurance rather than buying for them.

The federal Health and Human Services Department agency says that in the next five to 10 years US employers are expected to offer ICHRAs to more than 11 million employees.If more employers move into that space, it could mean many more individual market customers.

Oscar hopes to capitalize on Texas’ growth and large market for uninsured individuals. “We are committed to this market,” Estep says. “Dallas has been a great second home as a company.”