Medical office buildings are getting larger, farther away from hospital campuses, and remain profitable and well-occupied in the region, according to Revista data shared by Mike Hargrave at the North Texas Hospital, Outpatient Facilities, and Medical Office Buildings Summit. Private equity is an growing influence in health care transactions, and Dallas leads major Texas markets in average rent and rent growth for medical office buildings as well.

Dallas has 14 projects under construction in the medical office building space valued at $503 million and is second only to New York’s more than 2 million square feet worth over $1.3 billion. Houston is a close third, with 15 projects accounting for 1.2 million square feet and $344 million. 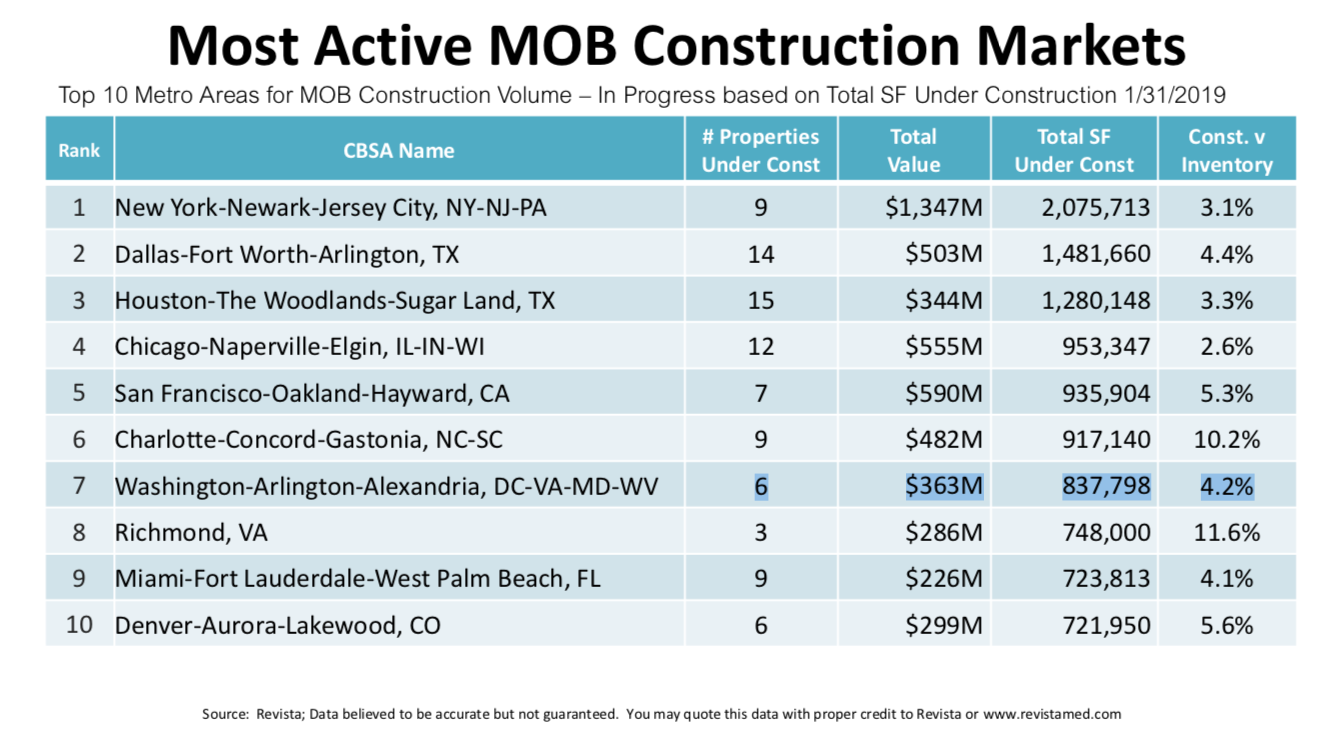 Since the 1980s, medical office buildings have moved from around 1.5 miles from the nearest hospital to often nearing three miles today. Building peaked around 2009 with nearly 35 million square feet built that year to around 21 million this year.

Meanwhile, individual projects are getting bigger. Most projects were less than 40,000 square feet prior to 2005, but since 2009, the average square foot for medical office building are closer to 60,000 square feet. 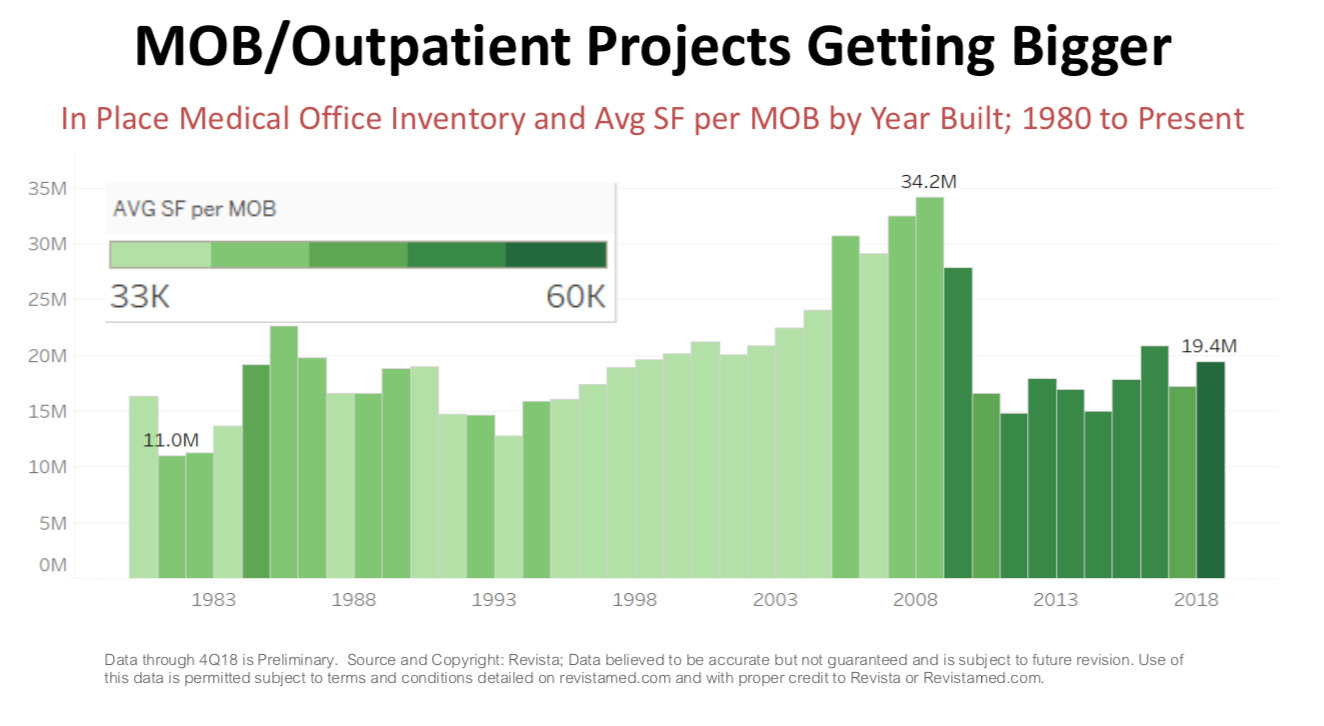 Occupancy of investor owned outpatient buildings has remained fairly consistent since 2009, hovering between 90 and 92 percent. Relative to Austin, San Antonio, and Houston, Dallas has nearly as much as Houston in terms of inventory with 34.2 million square feet, but is on top of the heap in occupancy at 89.8 percent. Its $22.53 per square foot is also tops in Texas, as well as its year over year rent growth at 2.9 percent. 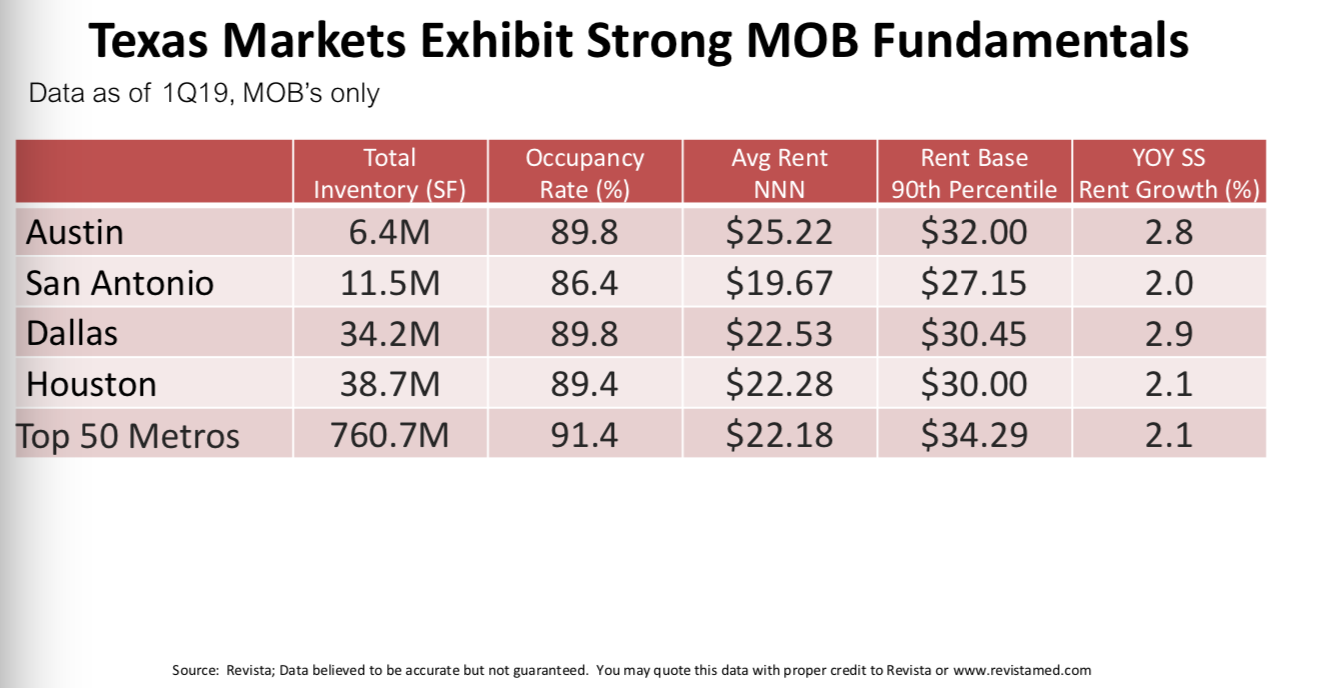 Nationwide for the last four years, healthcare real estate transactions remain strong, hovering between $15 and $20 billion for combined hospital and medical office building deals. Private equity’s influence on those deals is growing, as 2014 saw 27 percent of transactions grow to 61 percent by 2018. REIT has seen a sharp decline, from 53 percent of deals in 2014 to just 16 percent last year. 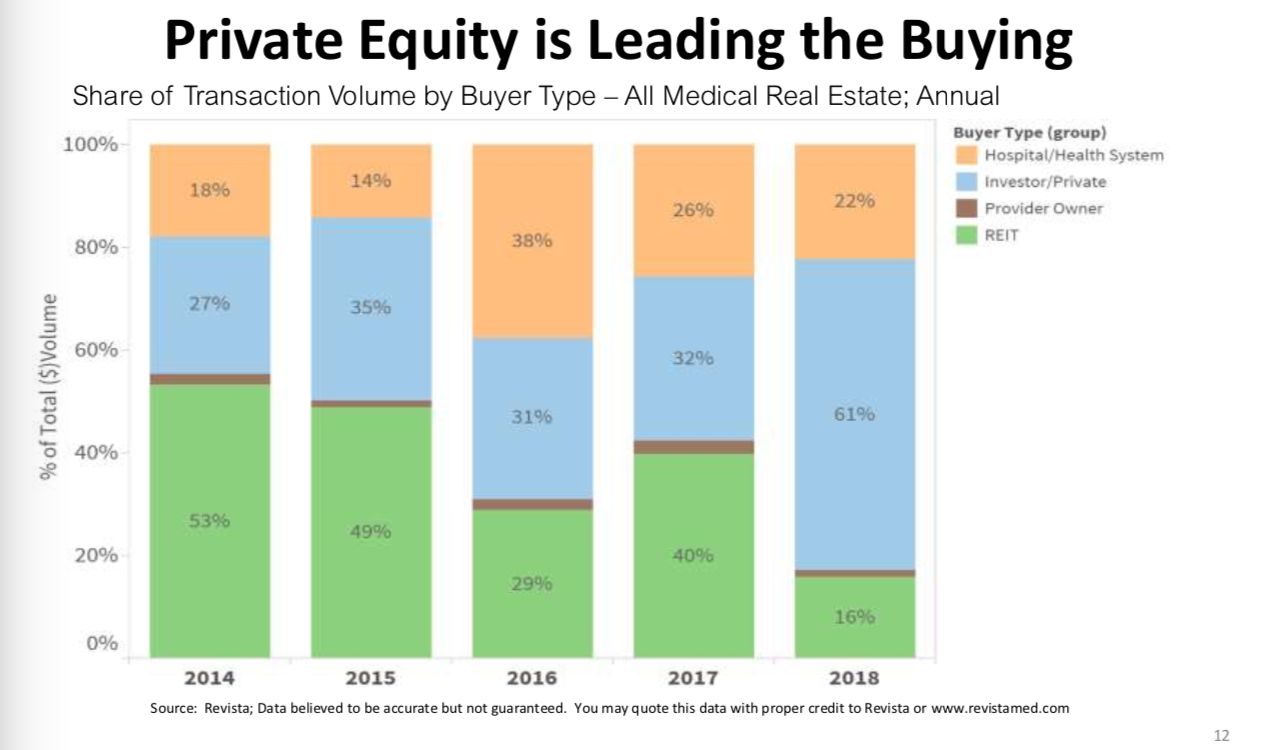