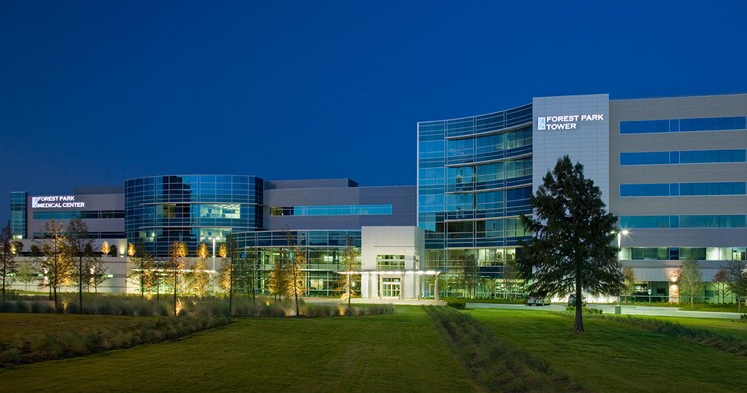 Ten defendants go on trial Wednesday in the Forest Park Medical Center trial, which involved $40 million dollars in kickbacks to doctors according to a federal indictment. A total of 21 people were indicted in 2016, though several have already pled guilty. The remaining defendants have denied wrongdoing.

Dallas is already one of the most expensive places to receive healthcare, and it is also becoming a popular place for medical fraud. With $200 million at stake, 150 witnesses, accusations of helicopter purchases, and defendants claiming to have followed legal advice, the trial promises to be an interesting one.

The 21 suspects include two of the four physician founders of the hospital chain: Dr. Richard Toussaint, the anesthesiologist who is awaiting sentencing on a separate fraud conviction; and Wade Barker, the bariatric surgeon who helped develop the idea for Forest Park. Other early adopters indicted in the scheme include Wilton ‘Mac’ Burt, a consultant who helped run the chain’s affiliated management company until he and his colleague, Alan Beauchamp, were bought out in 2015. Beauchamp was also indicted. The remaining cofounders, David Genecov and Robert Wyatt, were not indicted.

The physician-owned hospital chain targeted high paying patients with out-of-network charges, focusing on lucrative spine and bariatric surgeries. But the high prices caused patients to dry up, and the system eventually went bankrupt and was purchased by other systems.

The owners of Next Health pharmacies are also tied into a kickback scheme with doctors who worked at Forest Park, where the pharmacy paid the doctors to send patients to their facility for medicine. Last year, Next Health owners pled guilty to a fraudulent wellness scheme where they gave $50 gift cards for fake patients to urinate in Whataburger cups. Forest Park Founder Dr. Wade Neal Barker also pled guilty to being a part of the kickback scheme last year.

The trial, which is expected to take a couple months, is a battle of U.S. Attorneys, as former federal attorney Paul Coggins is representing Dr. Douglas Sung Won, one of the ten defendants.