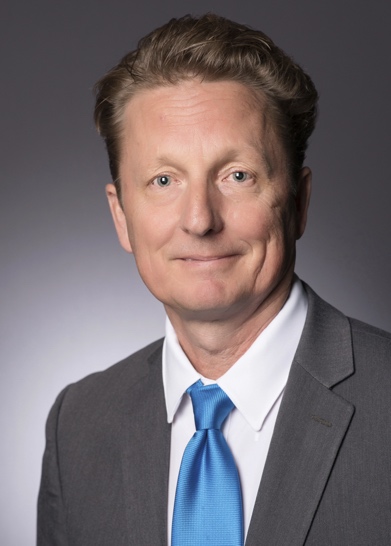 Terence McCarthy (Courtesy of: TCU and UNTHSC School of Medicine).

Dr. Terence McCarthy, the academic chair for emergency medicine at the School of Medicine, will be the inaugural recipient. Prior to working for TCU and UNTHSC, he was an associate professor of surgery in the division of emergency medicine at UTMB Galveston. He is currently a clinical adjunct professor for the Physician Assistant Studies program at the University of North Texas Health Science Center. “It’s a huge honor to hold a chair that’s named after him,” McCarthy said via release. “He’s an incredible leader and really inspirational.”

McCarthy previously worked with Geesbreght in the emergency department, where he looked up to his experienced colleague. “In many ways I look at him more like a father figure as far as medicine goes, but he is also a real friend to me,” McCarthy said via release. “In my toughest and most traumatic moments in life he’s been there for me.”

“Dr. Geesbreght is known as a visionary and a gifted operational thinker in emergency medicine. To have him endow our first academic chair is a great honor for our school as we strive to forge a new forward-thinking way of educating medical students,” said Stuart D. Flynn, M.D., founding dean of the Fort Worth M.D. school via release. “Dr. McCarthy truly honors the spirit of this gift and will be a valued leader and role model as our school continues into the future.”