A survey from Dallas-based Merritt Hawkins shows that physicians generate $2,378,727 each year in revenue for their affiliated hospitals. The data helps explain the rapid purchasing of physician groups by hospital systems over the last several years.

Merritt Hawkins, a physician search firm, asked hospital chief financial officers to calculate the financial impact of 18 different specialities over the last year. The revenue includes inpatient and outpatient services that result from hospital admissions, tests, treatments, prescriptions and procedures. These hospital referrals are big business for health systems, leading some systems to move into illegal behavior, as in the Forest Park Medical Center case where referrals were allegedly purchased with kickbacks for physicians.

Overall, the $2,378,727 accrued by physicians is up 52 percent since 2016, when Merritt Hawkins last conducted the survey. Every specialty that was studied made profit gains since 2016.

“The value of physician care is not only related to the quality of patient outcomes,” said Travis Singleton, Merritt Hawkins Executive Vice President via release.  “Physicians continue to drive the financial health and viability of hospitals, even in a healthcare system that is evolving towards value-based payments.”

Hospital inpatient stays have decreased or remained steady according to the study, but cost has jumped up, resulting in increased physician profits. Outpatient visits are up while the cost of these visits has decreased, and an aging population with greater acute healthcare needs has also impacted the increased profits.

“Demographics are our destiny,” said Singleton via release.  “New delivery models that promote prevention, population health and fee-for-value are laudable innovations but they don’t change the basic facts.  People get older and require more medical care, with much of it ordered by or directly provided by physicians.”

See how different specialists stack up in the chart below. 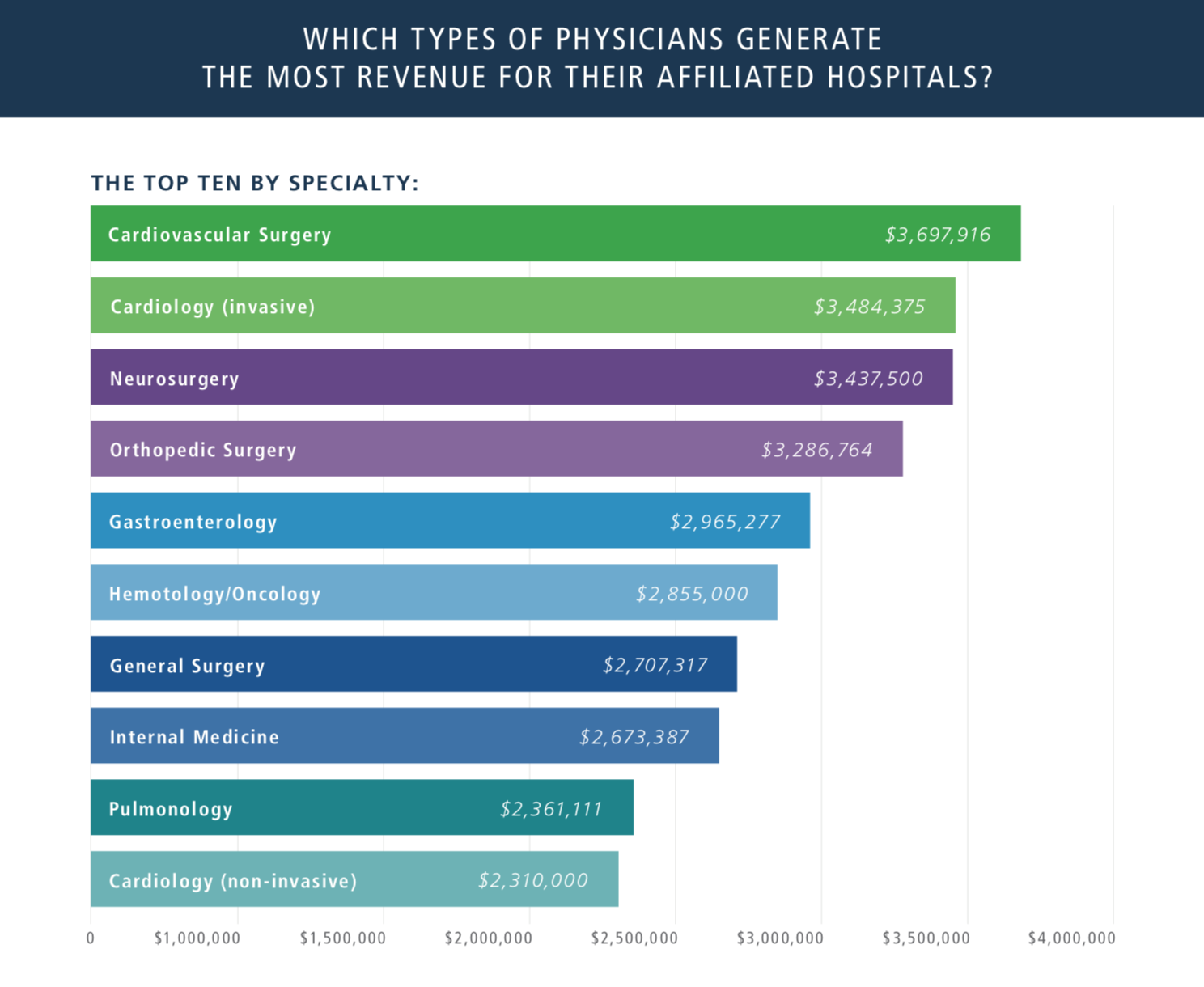