The year was 2003, and a Fortune 500 company in Austin was looking to be the first employer with over 10,000 covered employees to launch a consumer driven health plan (CDHP). The savings the company realized from the federally mandated high deductibles would be redistributed in the form of Health Savings Account (HSA) dollars, so employees and their dependents could be better stewards of their own money.

Coming out of an HMO era with low copays, the promise was that healthcare consumers needed “skin in the game” to impact the rising cost of healthcare.  As famed economist Milton Friedman’s once quipped, “nobody spends someone else’s money as wisely as he spends his own.”  Employees loved that the money the company contributed in the HSA and their own deposits was theirs to keep, and they would not lose it at the end of the year (as in a flexible spending account) or when they left the company (like a health reimbursement arrangement).  The promise of triple tax benefits that enables consumers to avoid federal taxes, earn tax-free interest, and withdraw funds for future healthcare expenses remains a prudent wealth management strategy for those in the upper income brackets.

Flashing forward to the 2019 healthcare marketplace, average deductibles for employer health plans have tripled, and there are growing signs that many patients are foregoing needed health care.  The minimum annual deductible for an employer with a qualified high deductible health plan (HDHP) is $1,350 with a maximum out-of-pocket limit of $6,750 for single coverage.  The Federal Reserve has cited that 41 percent of Americans are unable to pay a $400 surprise emergency bill without having to borrow or sell something to make ends meet. While unscrupulous agents will gladly sell you more accident or condition-specific products full of commissions, gap insurance is not the panacea for our broken sick-care system.

There are almost 40 percent of large employers that offer only high-deductible plans, up from 7 percent in 2009, according to the National Business Group on Health. 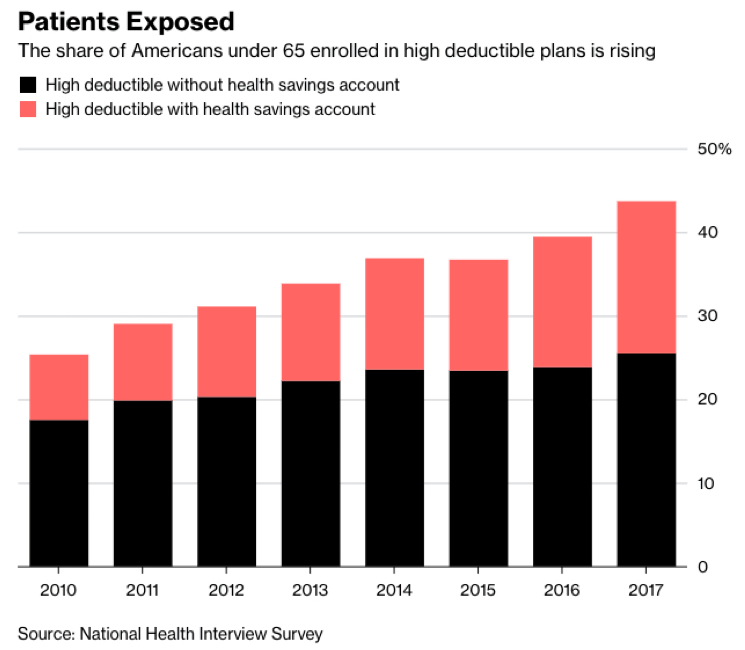 As reported in Bloomberg, some big companies are sitting up and taking notice. “We all thought high deductibles are going to drive people to get involved — ‘skin in the game,’” Jamie Dimon, the Chief Executive Officer of JPMorgan, said in early June. Instead, “they didn’t get the surgery they needed, when they needed it, because they can’t afford the high deductible in one shot.” JPMorgan is effectively eliminating deductibles for workers making less than $60,000 a year. CVS was also an early adopter of HDHPs with HSAs and recently converted all 200,000 employees and their families to plans that reduce deductibles or cover more care before workers are exposed to the cost. Their Chief Medical Officer found CVS employees were not taking needed medications — powerful evidence considering CVS is in the pharmacy benefit management and retail drug business.

Another challenge for consumers under employer-based plans has been a hidden market force we recognize as “the great cost shift.” With price tags for private insurance plans running 150-300 percent of what a hospital would charge Medicare or Medicaid patients, health plans and providers continue to ask private plans to shoulder more of the burden. 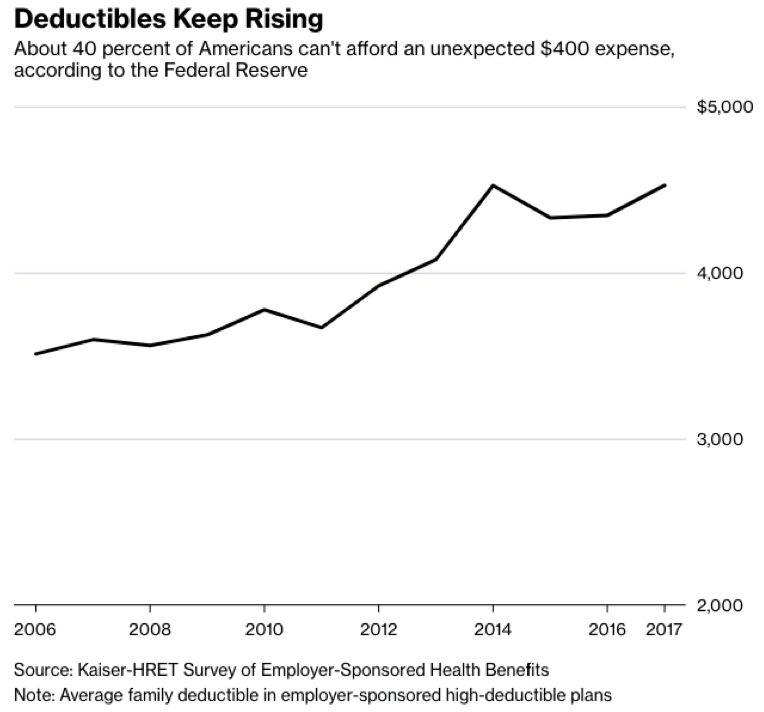 While it is not a cure-all, new health plan designs are emerging that enable patients to purchase healthcare like they do other consumer goods, where the price and quality of care is known before treatment. The great news for employers and consumers is that providers that have higher quality outcomes equate to lower costs. Innovative health plans are beginning to marry the best attributes of healthcare navigation, transparency and encouragement to use high performing providers with evidence-based clinical interventions.

New plans are using in-house actuarial modeling platform to replicate an employer’s plan richness under traditional plans so the same level of coverage is in place. The marketplace needs to embrace doing away with confusing deductibles and out-of-pocket calculations in favor of a simple, straightforward approach that lets employees know what their cost share (or copay) is before they get treatment.

Market leaders at Holmes Murphy will be releasing more details during an invitation-only event scheduled for February 20th, 2019, where leading employers can learn how to disrupt a healthcare system in need of change.

Steve Harris is a Development Officer at Holmes Murphy.