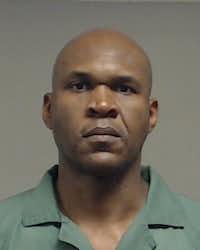 McKinney orthopedic surgeon Donald Ozumba, 46, pleaded guilty to four additional sexual assault charges this week, after being convicted of assaulting an elderly patient last year and sentenced to 10 years in prison, according to the Dallas Morning News. The recent pleas will not increase the time he spends prison.

According to DMN, a 71-year-old victim says Ozumba penetrated her with his finger while she was receiving steroid injection in 2016 at OSSM Orthopedics in McKinney. Ozumba was arrested in 2017 when a second woman reported the same behavior, DMN reports. His newest guilty pleas all resulted in eight year sentences that will run concurrently with his 10 year sentence.