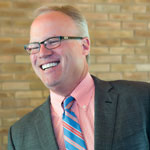 Jim Hinton would be the CEO of the combined system (Photo by Jeanne Prejean).

Two of the largest nonprofit health systems in Texas have signed a letter of intent to merge into a combined entity. Baylor Scott & White Health and Memorial Hermann Health System say they are coming together to increase integrated and cost-effective healthcare that is focused on the consumer.

The two systems provide care in 30 counties across the state and employ more than 73,000 Texans. They encompass 68 hospitals, more than 1,100 care delivery sites, 14,000 independent and academic physicians, two health plans, and nearly 10 million patient interactions each year. Baylor Scott & White brings 49 hospitals and 1,000 access points of its own to the merger.

The letter of intent includes the details. A unified board will have an equal number of appointees from both organizations, while Ross McKnight, the current chair of the Baylor Scott & White Holdings Board of Trustees, will serve as the first chair of the proposed combined system’s board. A vice chair will be selected by the Memorial Hermann Health System Board of Directors, to be named soon—and will become chair at the end of McKnight’s two-year term.

Support staff would be split between Austin, Dallas, Houston and Temple, and there will be a new name for the system once the deal is complete. Baylor is based in Dallas while Memorial Hermann calls Houston home. The deal may impact the $70 million building where Baylor is currently consolidating offices into a new 300,000 square foot space.

“This is about two mission-driven organizations – both committed to making safe, high-quality healthcare more convenient and affordable – building something transformative together,” said Hinton in a statement. “We must lead the change in our industry, while insisting we continue to fulfill our unwavering commitments to meeting the needs of all Texans.”

The two organizations have entered into a negotiating period with the approval of the letter. They anticipate a definitive agreement to be completed in 2019.

At a press conference Monday, Hinton said that the state of Texas was 44th in the country in health of its citizens with more uninsured than any other state. The number one issue for those problems, he said, is cost.

Stokes talked about how accessing the best practices from the added physicians will allow them to accelerate new models of care, embracing technology that would allow, for example, chronic patients to be cared for in the home, which would further reduce costs.

Hinton noted that it was the five year anniversary of Baylor merging with Scott and White, and said that the merger removed redundant costs from the system, allowing them to expand and grow the services. “Lower costs allow more people to come into the system,” Hinton said. “We are doing our part to make healthcare more affordable.”