Since the state of Texas put $3 billion behind the Cancer Prevention Research Institute of Texas (CPRIT) a decade ago, much of the news coming out has been less than flattering. After lawmakers questioned potential conflicts of interest at the program, state auditors discovered issues with regard to the way a small portion of the grants associated with the $3 billion fund were handed out.

Not a good look, to be sure, but the taxpayers who’d originally backed the institute might have found it easier to move past the problems had the news been balanced by, say, the development of a successful and highly publicized cancer treatment by a CPRIT-funded company. The problem with that: it takes about a dozen years to bring a new drug to market. Plenty of CPRIT-funded companies have reached the clinical trial phase, however, and that gives Michael Lang hope. 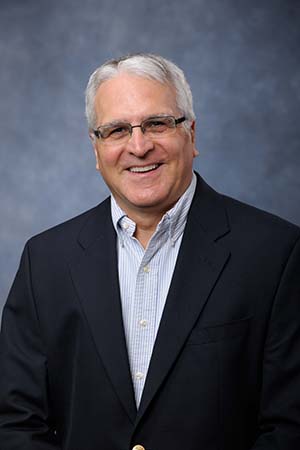 Lang, who leads the product development research program at CPRIT, will be in Dallas to talk with healthcare innovators and entrepreneurs at a Health Wildcatters event next week. Lang’s side of the CPRIT shop has yielded 32 grants at an average of about $10 million a pop since coming into existence. About 20 of those are therapeutics companies, those developing a drug or biological therapy for cancer. Of those, 14 have advanced into the clinical trial phase.

“So, we’re very proud of that,” Lang says. “Cancer clinical studies are fraught with risk; most will not succeed. But we’re optimistic that the portfolio of 14 companies is going to yield some positive results.”

Lang has seen a couple of trends that he believes show promise. The first is in molecular diagnostics, understanding the molecular underpinnings of certain cancers and being able to think about them in such terms, rather than attributing each cancer to the organ in which it manifests. “The reality is there’s at least hundreds, maybe thousands of different cancers,” Lang says. “It’s really a collection of diseases, each driven by a specific genetic anomaly or a cluster of genetic anomalies. We’re finally getting that understanding.” The second breakthrough deals with the ability to address those specific variances with immunotherapies that provide actual cures for small subsets of patients.

The next step for CPRIT, Lang says, will be to develop a program to disperse smaller funding amounts to earlier stage projects. Lang’s team is in currently in discussions with the oversight committee but doesn’t yet have approval to move forward. If it is approved, Lang says the program will allow companies to do the earlier, pre-clinical work necessary to de-risk a project to “show that a large, $10 (million)-to-$20-million investment is justified.”