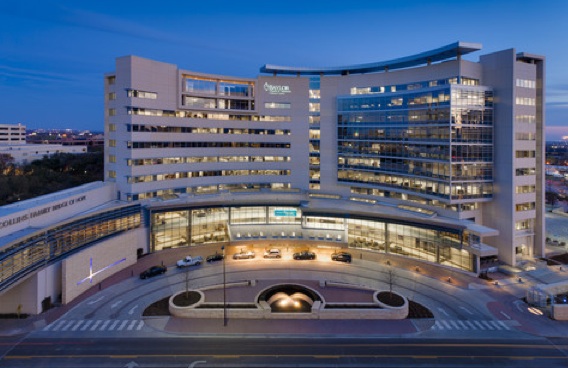 Like many North Texas healthcare organizations, Baylor Health Care System is expanding and contracting at the same time.

As chief operating officer Gary Brock points out, North Texas is adding population annually that’s the equivalent of the city of Richardson. The healthcare organization must keep up with the growth.

For example, Baylor recently announced a joint venture to build eight freestanding emergency departments within the next year with The Woodlands-based Emerus. Meanwhile, Baylor is cutting more than a half billion in expenses through 2014.

Hospitals have to adjust to the reality of shrinking government health insurance reimbursement.

Baylor will receive about $900 million less from Medicare over the next 10 years than it would have if the Affordable Care Act had not been enacted.

The 2011 legislature cut Medicaid reimbursement to Texas hospitals by 8 percent, after having cut it by 2 percent in the 2009 session. The federal government also will drastically cut disproportionate share (DSH) funds, which reimburse hospitals for treating uninsured patients who cannot pay, because individual mandate will require most Americans to have health insurance.

Gov. Rick Perry’s decision last week to not expand the Medicaid program means Texas hospitals could continue to provide nearly the same amount of uncompensated care with the benefit of DSH funds.

Closing Baylor Medical Center at Southwest Fort Worth. The 71-bed facility closed in May and its services were consolidated with nearby 525-bed Baylor All Saints Medical Center. Brock said about half of the facility’s 170 employees have found jobs elsewhere within the system.

Reviewing service lines. Brock said, “We are evaluating every service line to see if there is a community need and whether we are doing enough volume to keep our skill level up.” For example, Baylor-Waxahachie closed its 12-bed obstetrics unit to accommodate expansion of its emergency department.

Leveraging electronic health records. Baylor has 80 percent of its beds online, Brock said, which will allow the system to reduce care variation by “hardwiring” evidence-based medicine into the EHR. He estimates that will reduce costs by about 8 percent.

Keeping business in-house. If Baylor employees have elective procedures done at a Baylor facility, they will have a 20 percent co-payment. If they go outside the system, they will pay 50 percent of the cost. Brock said that would save the system $12 million annually.

Moderating salary increases. Every percentage point of salary increase across the system represents $7.5 million, according to Brock. Baylor salaries, on average, will be 2 percent this year, compared with 3 percent last year.

Pushing capital projects out into the future. Baylor spends about 65 percent of its capital budget on updating its existing physical plant; the remainder is devoted to expansion projects. Baylor is wrapping up three big projects that absorbed significant capital funding: the recently opened $195 million Baylor Medical Center at McKinney; the more than $250 million installation of its EHR system, and the $350 million, 120-bed Baylor Sammons Cancer Center that opened in 2011.