Draw Your Own Dallas Redistricting Map

The lines on the City Council district map will help determine the balance of power in Dallas. You can play a part in drawing them.
By  Alex Macon | November 5, 2021|11:42 am
Advertisement

Equipped now with the results of the 2020 U.S. Census—worries of a population undercount aside—the city of Dallas is kicking off its redistricting process.

This is important. The lines on the map that determine City Council districts play a significant role in shaping the balance of power in Dallas. The City Council member for your district, who very well might have been elected by only a few hundred votes, is your most direct line to city government. The fair and equal representation of Dallas residents depends, to an extent, on the lines on the map.

A redistricting commission chaired by former district judge and state legislator Jesse Oliver, which will be in charge of recommending a new map, has been convened. Public hearings have been scheduled. And a website with a cool little feature that lets you draw and submit your own maps has been launched.

Here’s an example of an extremely bad City Council district map that I drew on the website in about 45 seconds: 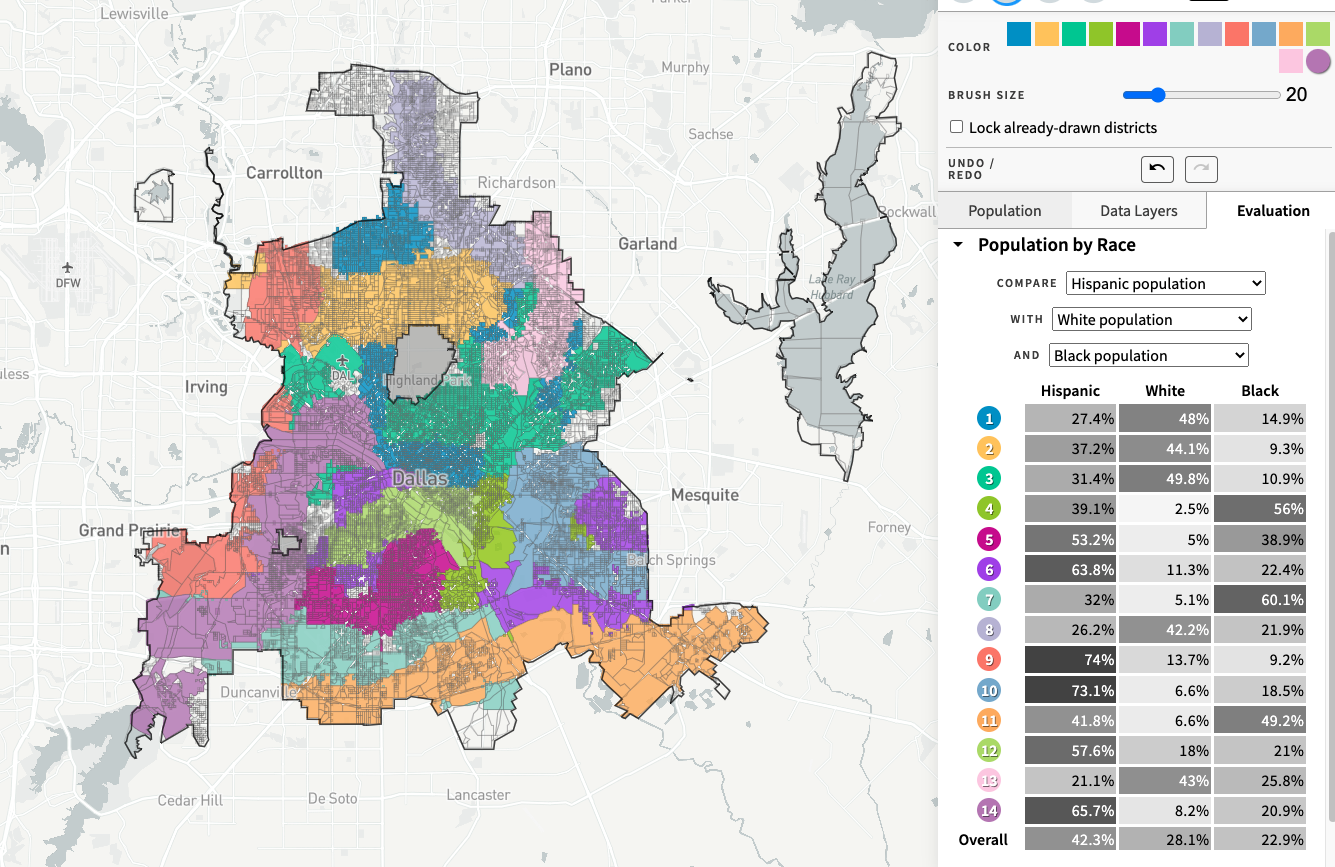 Again, awful map. My population numbers are all over the place. Not especially fair or representative. Some neighborhoods aren’t represented at all. You can do better.

Draw a map and submit it to the redistricting commission here.

A "thumbs down" was painted on the building.
By  Tim Rogers
Local News

It's illegal to shoot off fireworks in Dallas, and it's especially rude to leave a bunch of fireworks debris at city parks.
By  Alex Macon
D Magazine Directories