But back to the land. The city has big hopes for the site: an urban farm, a farmers market, affordable tiny homes, homelessness services, job training, a gymnasium, a cafe, and a co-working space, to name a few of the things that appear in plans shared Monday at a City Council committee meeting.

It’s a grander version of South Dallas’ Bonton Farms, a model for equitable investment in a neighborhood that needs it. And this corner of Lake Highlands needs it. Unemployment and evictions here are high; healthy grocery options are low.

The brains behind Bonton Farms were behind the project but backed out early this year. Now, the City Council will soon decide whether to lease the land to City of Refuge, an Atlanta-based nonprofit that’s had a local presence for the last couple years. 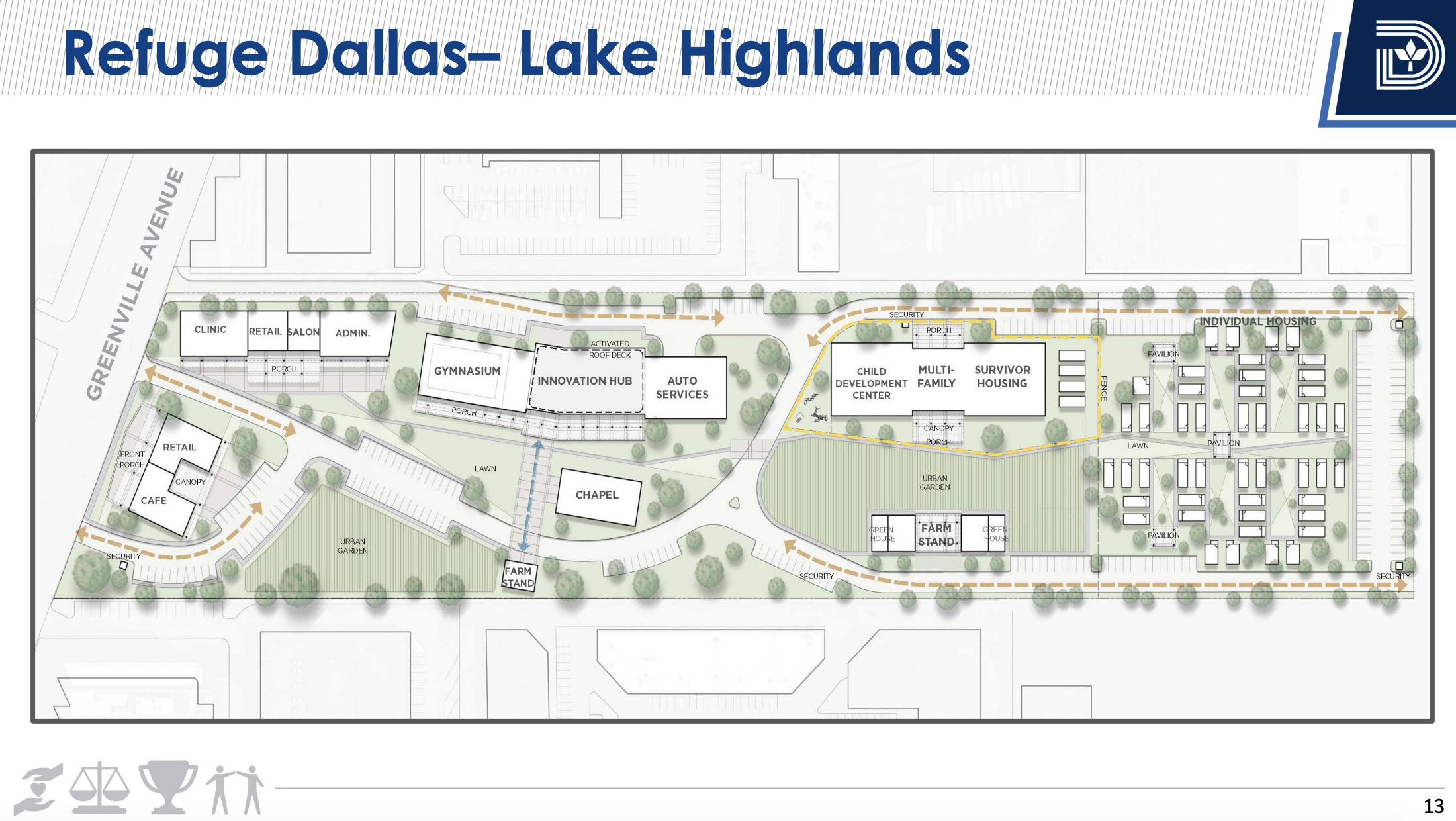 Plans shared at a City Council committee briefing Monday show the potential for 12 acres of open land at 12000 Greenville Ave.

The nonprofit will be charged with fundraising and building out the ambitious project. A city document estimates the full cost of construction at $28 million, with an initial funding target of $8 million.

Good questions remain—about the money and what happens if City of Refuge can’t raise it, mostly—and there is still a long way to go. Even if the City Council approves the lease in a couple weeks, and the private donations pour in, the project wouldn’t be built until the end of 2026.

The 12 acres at 12000 Greenville have already come a long way. Just three years ago, Lake Highlands residents and City Councilman Adam McGough iced a previous plan to put supportive housing for homeless people at the site, saying it was developed without enough community input.

This time, the community got its input, McGough said at a council briefing Monday. This time, it’s a case of “yes in my backyard.”