If you want a picture of the future of work, maybe it’s this: a cat-like cartoon displayed on an iPad-like screen perched on a vertical aluminum or plastic frame on wheels, rolling right up to your table, forever. The robot also sings “Happy Birthday” at you. And, look there, it has your beer.

You can see it for yourself at several Dallas businesses, including the McKinney Avenue restaurant La Duni, whose owner told the Dallas Morning News that robots have saved him thousands of dollars a month in labor costs as well as the trouble of finding enough human servers to staff his restaurant in a tight market for low-wage workers.

The machines are built in China by Pudu Robotics. But they are programmed and delivered here by the Plano company American Robotech, which has either sold or rented about 30 of its robots to area businesses, mostly restaurants so far. They lease for about $500 a month and sell for anywhere between $10,000 to $17,000 a pop.

American Robotech co-founder Jackie Chen says the robots can perform a variety of functions, but their basic competence is simple: delivery and display. The KettyBot can run advertisements on its large screen as it zooms around a given space. The BellaBot, the one with the cat-like face, has trays to hold its deliveries.

At restaurants like La Duni and Ari Korean BBQ in Carrollton, this means dishes. The robots are essentially bussing tables, either bringing you an order or clearing your plates. You’re still placing your order and (hopefully) leaving a generous, real tip with a real person. The robots, however, are quick learners. Credit their SLAM (simultaneous location and mapping solution) technology.

The robots are customizable. At La Duni, they have names (Panchita, Coqueta, and Alexcita) and are programmed to speak in Spanish. You could have the robots speak French, if you prefer, in the tone of voice you choose. You can upload your favorite songs for the robot to play. You can pick whatever image you want to display on its screen.

With their default smiling little faces, the robots are also kind of cute. Maybe the cuteness makes it harder for us humans to fear a robot uprising, or the possibility that the machines are coming for our jobs.

Chen says we shouldn’t worry. Not about a robot uprising—I neglected to ask him about it—but about the displacement of workers by automation. American Robotech’s slogan is “Robotics for Better Life.” Think of a washing machine, he says. We don’t wash our clothes by hand anymore, because an automated machine does it for us. 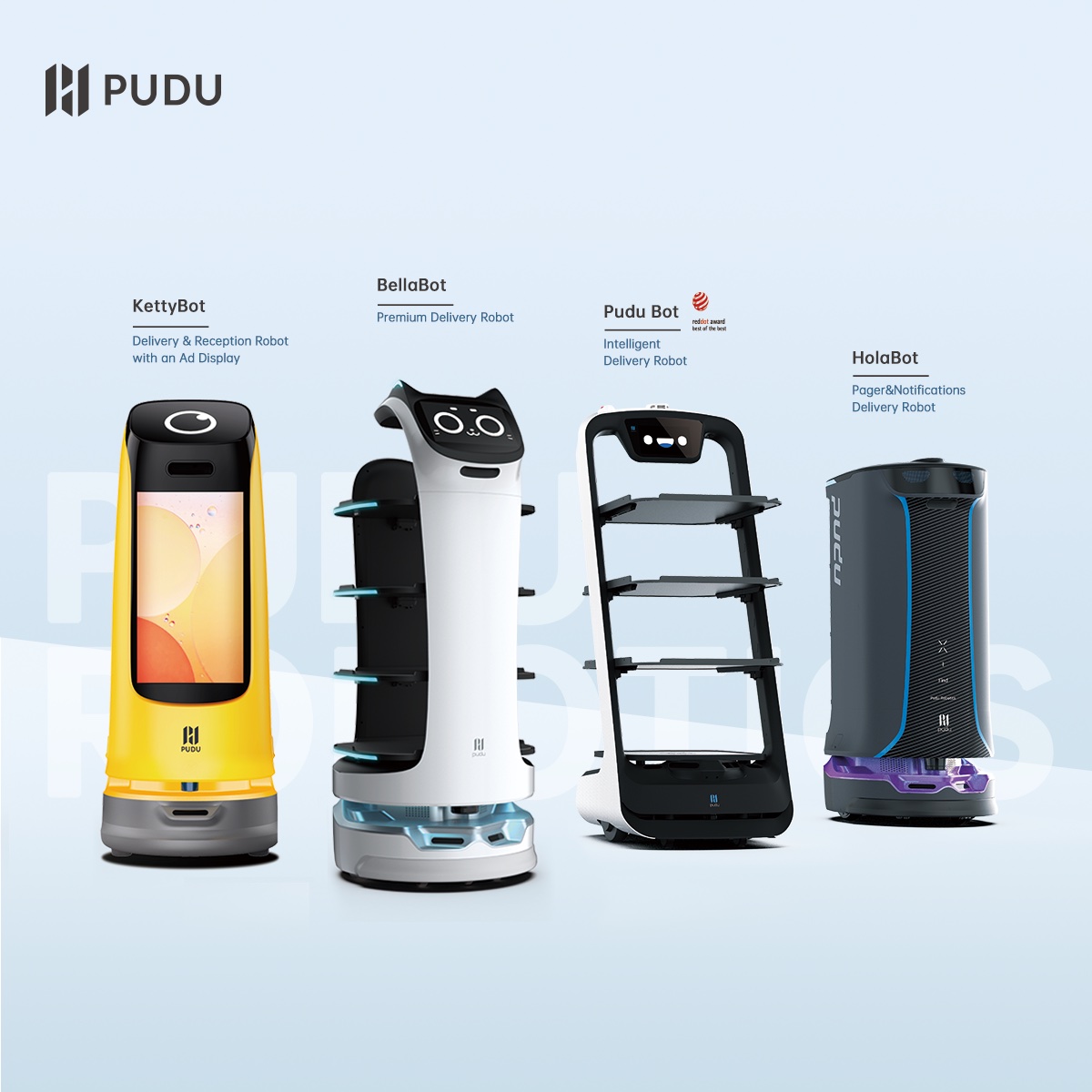 “Robotics is doing repetitive things, which maybe nobody wants to do anymore,” Chen says. “The guy doing delivery, the food-runner, they don’t even get the tips from customers. Nobody wants to do that, especially after COVID.”

The (human) server in the dining room can serve more tables with the robotic assistance, Chen says.

The server won’t have to split their tips with a robot, which sounds pretty good. (The question of what happens to the guy who was delivering the food for meager wages remains open.)

The robots have proven themselves reliable in a restaurant setting, Chen says. American Robotech’s robots also put in a recent appearance at an event at the AT&T Discovery District, where they delivered cupcakes and laid on their charm. The company is working on robots that can clean floors, or deliver things to rooms on different floors of a hotel.

Chen says he gets a lot of calls from business owners who are struggling to staff up and want to know what all his robots can do. Are there robots that can double as vending machines? That can cook? That can write articles for a local magazine’s news section? (OK, I made that last one up.)