We’re getting our first look today at the congressional maps that will shape who represents us in Washington for the next decade.

The Republican lawmakers in charge of drawing the maps stuck Texas’ two new congressional districts—awarded thanks to the state’s booming population—near Austin and Houston. These maps will change some before they’re final, but probably not much. The state Legislature is now free of the oversight that, on Texas’ last redistricting go-round, led a federal court to rule the state’s voting maps discriminated against Black and Latino voters.

Here is how redistricting is shaping up for North Texas’ congressional districts: 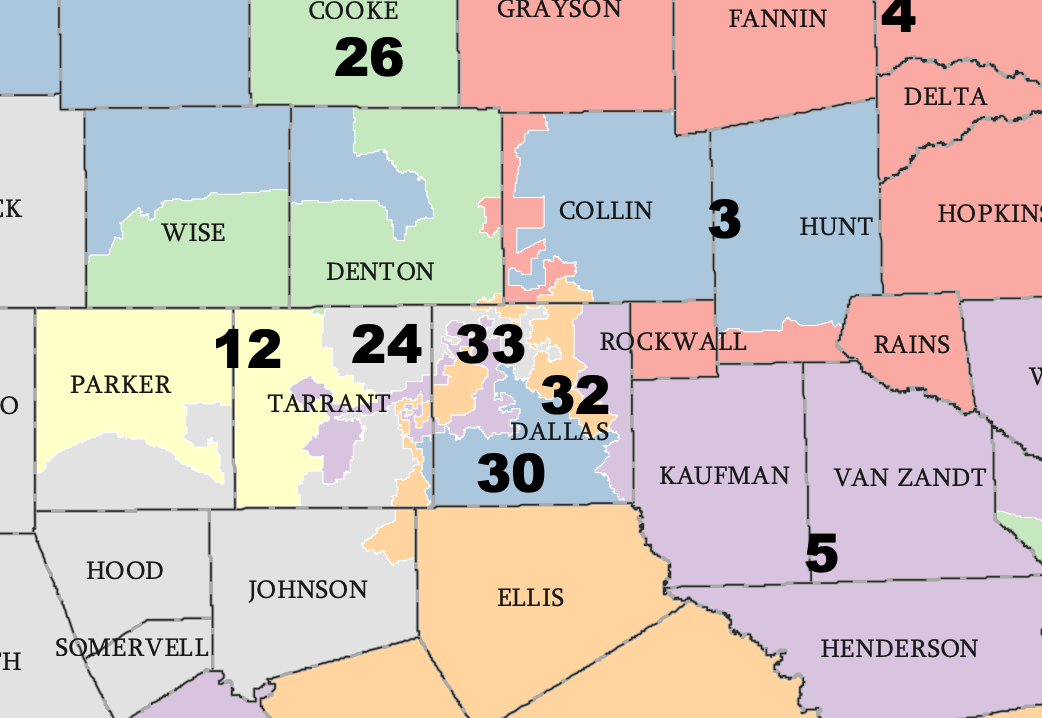 For comparison, here is our current map: 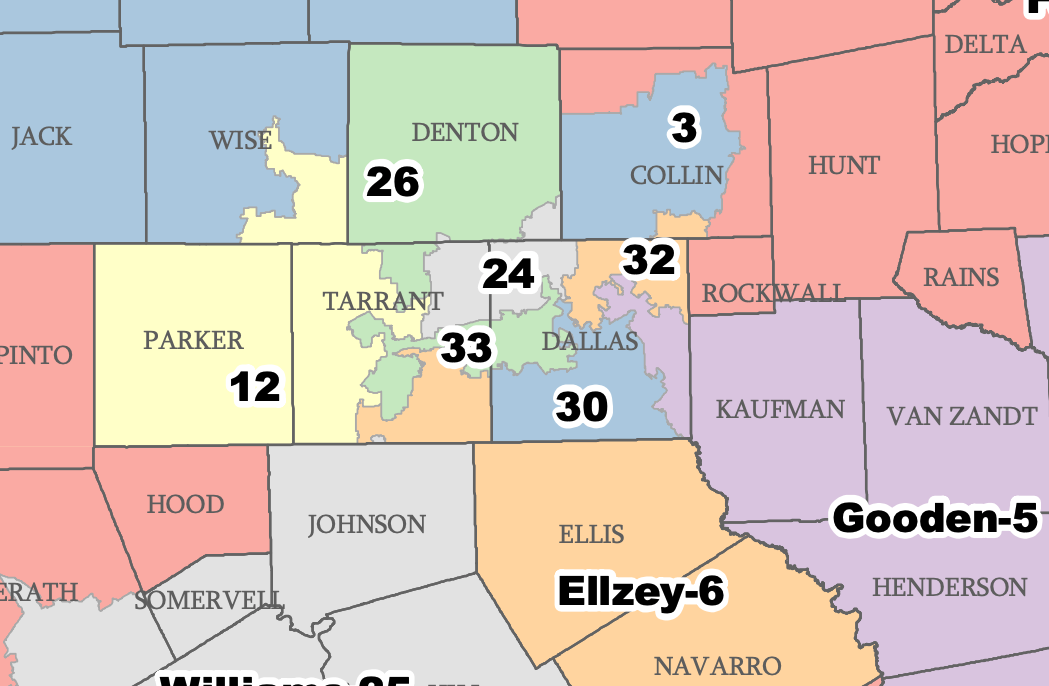 For reference, here is who represents these districts in the U.S. House of Representatives right now:

One of the more notable changes is in District 32, where Rep. Colin Allred ousted longtime GOP incumbent Pete Sessions a few years ago in what was widely seen as a potential red flag for Republicans in Dallas-Fort Worth’s increasingly blue suburbs. The new map seems to make Allred’s formerly competitive seat safer, packing Democratic votes and leaving Republicans free to protect their incumbents elsewhere. That’s generally the idea behind this map, Politico says:

“The end result is likely to give Republicans control of at least two dozen of the state’s 38 districts — but it is not expected to significantly reduce Democrats’ footprint, which grew slightly over the past 10 years. That’s a far cry from the ruthless redistricting happening elsewhere — but also a realization of the GOP’s already maxed-out advantage in Texas…

The redistricting comes at a crucial moment. Texas has been at the center of two of the biggest trends in American politics: Democrats’ increasing appeal in affluent suburbia, and the rightward shift among certain segments of Latino voters. The remap offers Republicans a much-needed reset, after they watched a chunk of once-safe seats turn into battlegrounds in the last few years.

The new map will allow the GOP to slice up the rapidly diversifying suburbs while also leveraging its new strength in the Rio Grande Valley to create potential new pickup opportunities and boost the GOP’s chances of flipping the House next year.”

In other words, it could be worse for Texas Democrats. But that blue wave is still a long way from making landfall.