The Dallas-Fort Worth region added more than 1.2 million residents over the last decade, growing its population by 20 percent since 2010, according to U.S. Census data released today. This was especially pronounced in the area’s northern suburbs. Collin and Denton counties, for example, each grew by more than 36 percent.

Dallas grew by just under 9 percent in that same time period, although population growth in the city itself has comparatively stalled in the last couple years, with young professionals in particular migrating out to the burbs. The Dallas-Fort Worth-Arlington metropolitan statistical area remains the fourth largest in the country behind New York, Los Angeles, and Chicago.

There’s a lot to sift through here, and a lot that’s relevant to policymakers. Redistricting is the most immediate and obvious way this data will be applied, although it affects everything from federal funding to infrastructure planning. Many of the national trends identified by the U.S. Census Bureau—growing cities and suburbs, shrinking rural counties, increasing diversity—are evident in North Texas. We’ll look into what it all might mean in greater detail later. But here are some quick highlights zooming in on the broader Dallas area.

While most of the region’s growth is happening in the suburbs (as we’ve written about before), the city of Dallas remains the ninth biggest in the country, and added about 100,000 residents over the last decade.

North Texas is also becoming more diverse, due largely to a growing number of Latino residents. Collin County, in particular, also added a lot of Asian residents. The Census has a metric it calls the Diversity Index, used “to measure the probability that two people chosen at random will be from different ethnic groups.” Dallas County’s Diversity Index of 70.7 percent is the second-highest in the state. 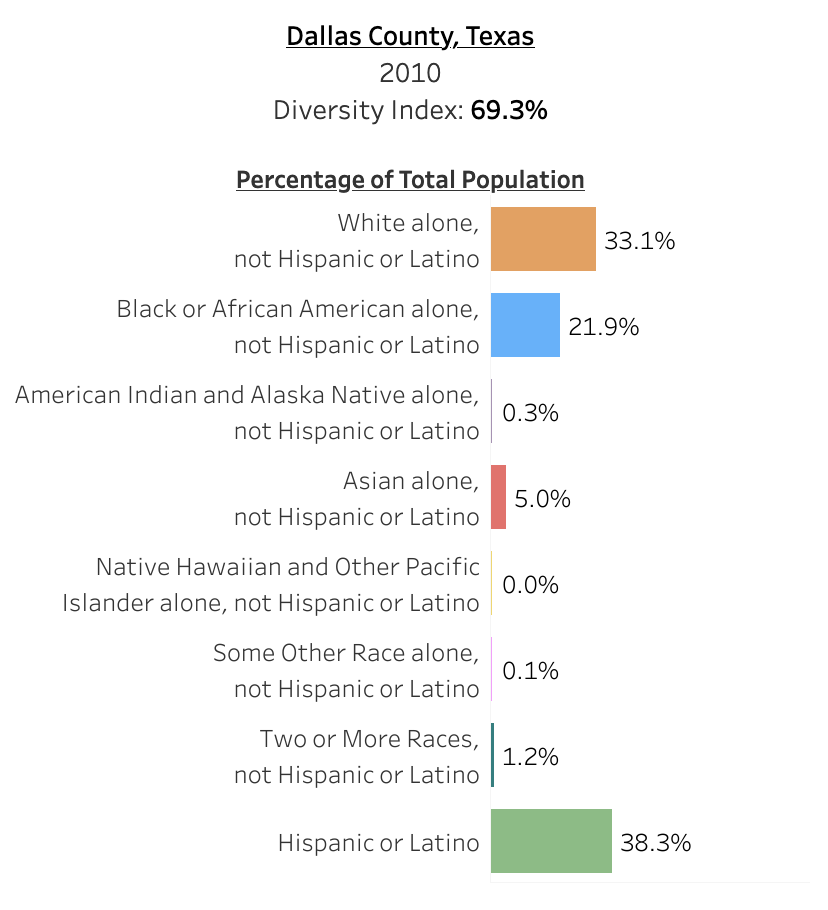 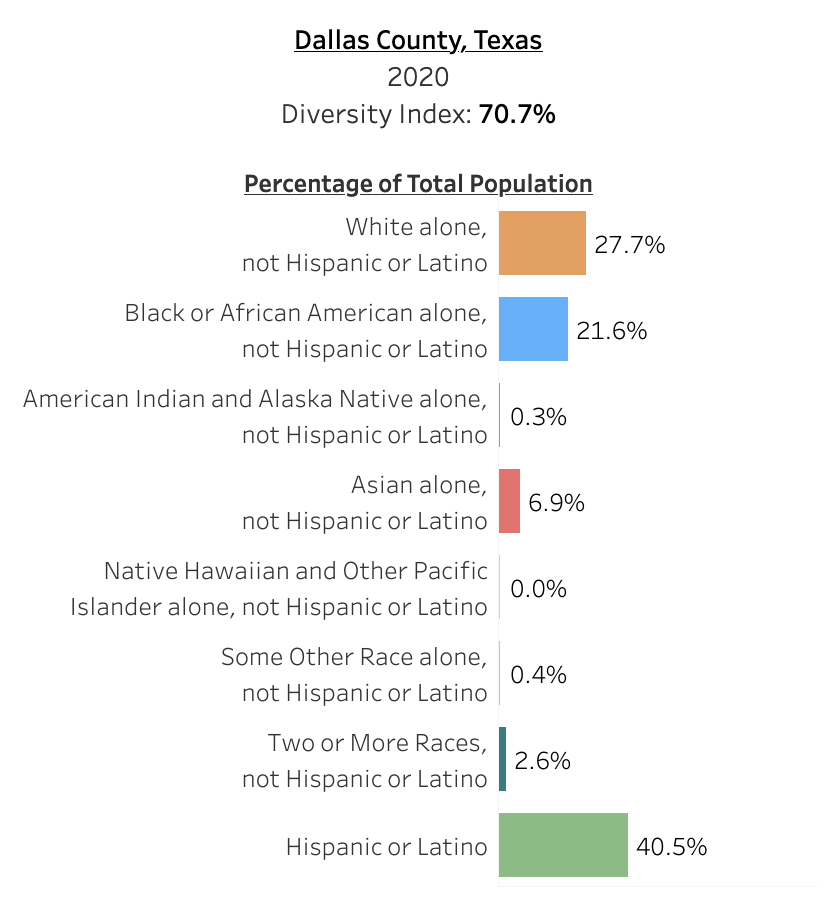 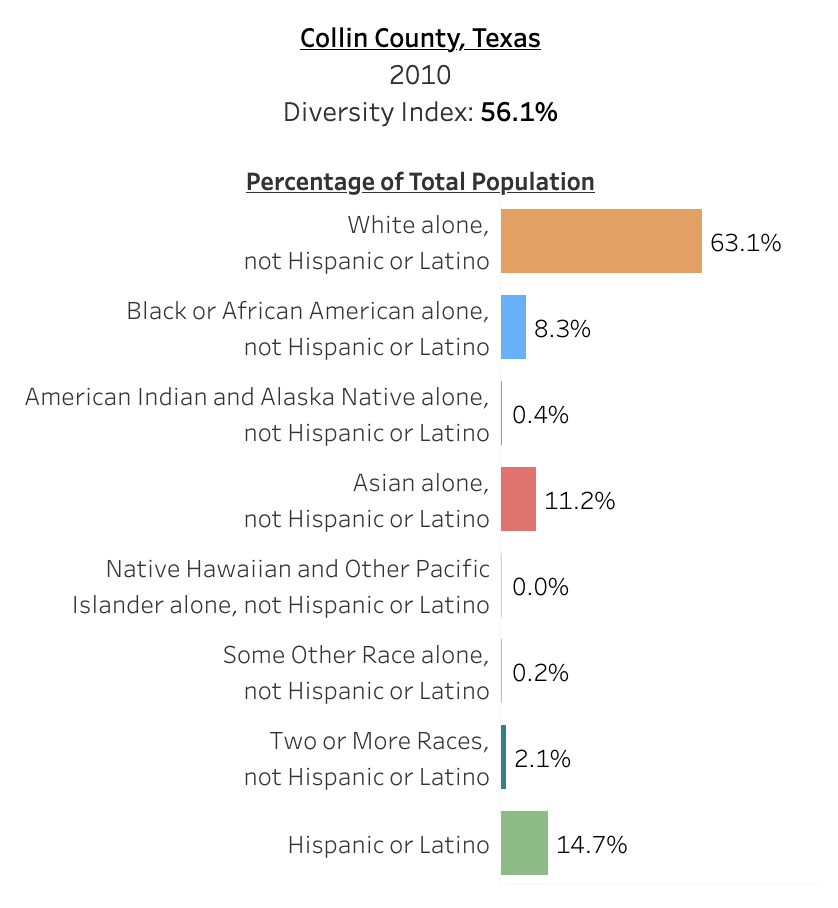 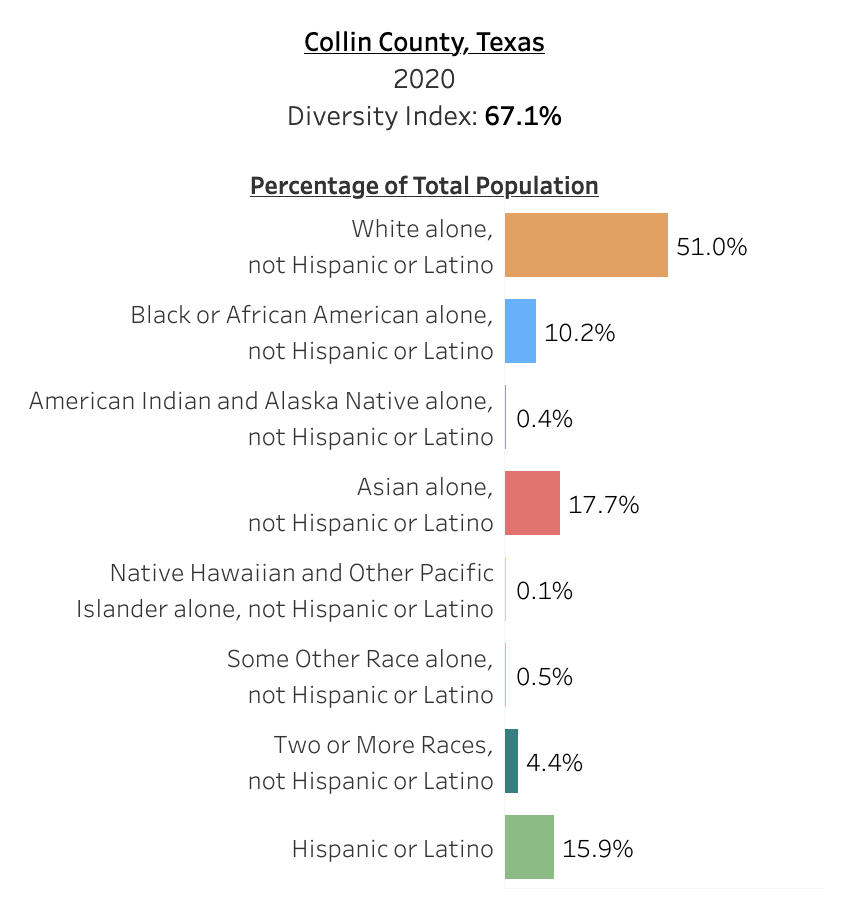 Is Affordable Housing Keeping Up With Population Growth?

The Census Bureau, among all these other nifty demographic stats, also tracks the number of housing units across the country. Texas has over the last decade led the country in building new housing, but as we have written about before, it doesn’t seem to be enough. Builders are trying to keep up:

Around the State and the Country

Texas’ biggest cities are getting bigger. Austin is still just shy of the 1 million resident mark, but its population has grown by more than 21 percent since 2010. People are continuing to move away from rural areas in Texas and across the country.

There was some shuffling of positions from 2010, with Phoenix passing Philadelphia for the No. 5 spot, but the list of the 10 most populous cities in the U.S. looks about the same. Dallas is gaining fast on San Diego and San Antonio. Tell your out-of-town friends to move here and put us over the top. 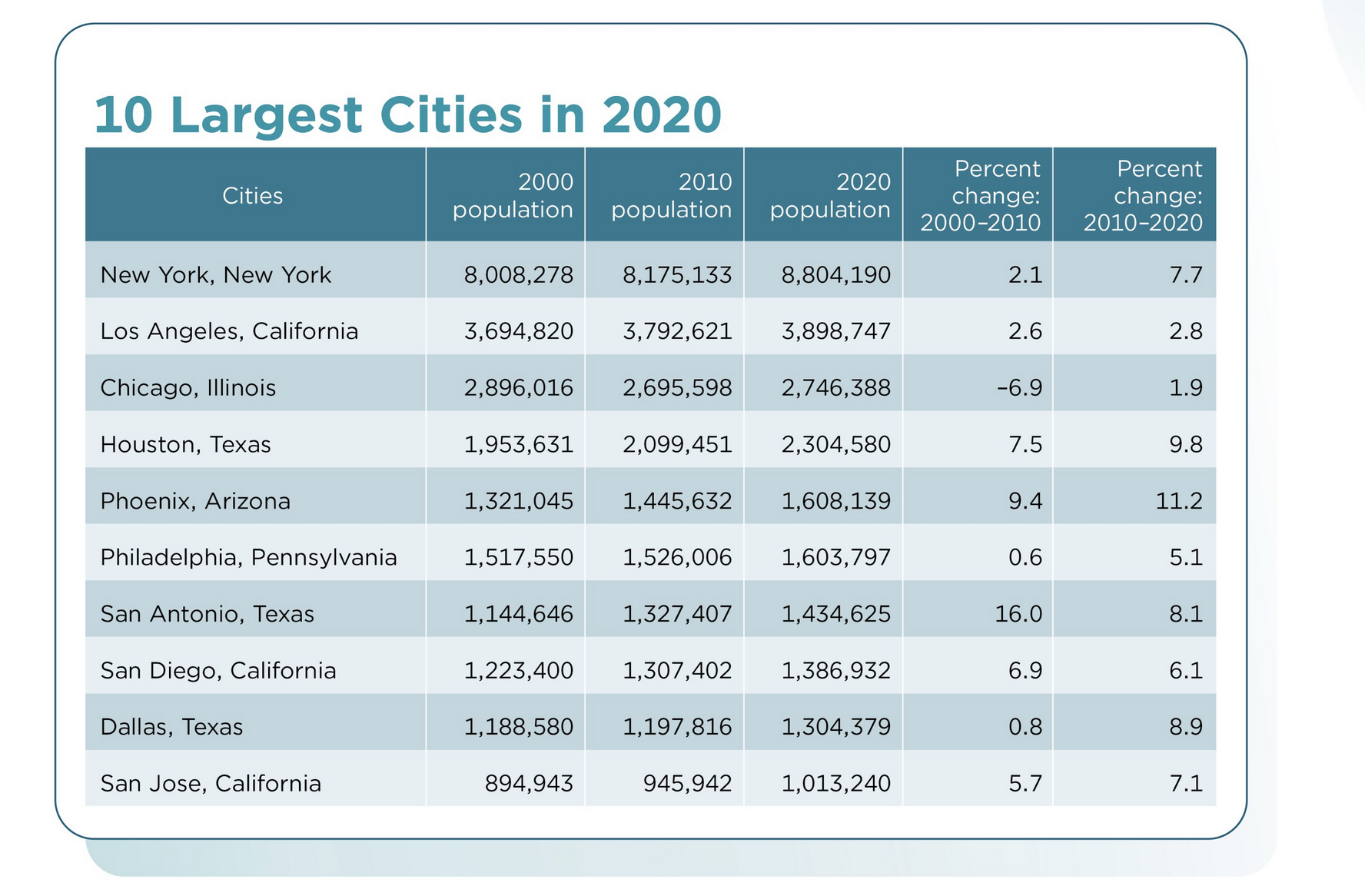