More housing for those experiencing homelessness is on the way to North Dallas, where Catholic Charities is retrofitting a former hotel into 180 efficiency apartments for homeless adults.

Homelessness has been a sticky issue for city. Residents of Camp Rhonda, a homeless encampment originally allowed to occupy private property in South Dallas, were removed earlier this year. They responded by moving to Pioneer Plaza in front of City Hall to start a conversation with city officials about housing issues. Shelters were limiting capacity to prevent the spread of COVID-19, and many of those experiencing homelessness choose to live outside rather than live by the strict curfews or prohibition of pets enforced by some of the existing shelters.

The Metro Dallas Homeless Alliance’s latest results of its point-in-time count, an annual survey of homelessness in the Dallas area, found 4,570 people who were homeless in Dallas and Collin counties. That’s a bit higher than last year, when 4,471 people were counted, but the pandemic meant that the normal teams of volunteers weren’t out scouring the streets over the course of a single night. That is typically how the federally-mandated point in time count occurs. Instead, the count was done over a two week period in February and March, and may not have been as thorough as the usual count.

Dallas’s homeless situation lies in stark contrast to Houston, which has reduced its homeless population by 54 percent since 2011. The decrease is partly due to the city virtually eliminating veteran homelessness. Dallas now has a larger homeless population than Houston, despite being a smaller city.

The new project, called St. Jude – Park Central, wants to help. The $14.9 million hotel conversion will offer permanent supportive housing for those who will need continued assistance and transitional and rapid rehousing for those who are likely to find housing more quickly.  The project is a collaboration between Catholic Charities and Catholic Housing Initiative, which offers housing to elderly and vulnerable residents.

This isn’t Catholic Charities’ first foray into housing the homeless in the area. St. Jude – Forest Lane is west of the Park Central facility, on 635 which provides permanent supportive housing and case management to 104 elderly formerly homeless individuals. Residents must be 55 or older at the Forest Lane location, and the project has been quietly successful, even earning letters of commendation from the adjacent homeowner’s association. The Park Central residences will not have an age requirement.

Catholic Charities will work with CitySquare, Metro Dallas Homeless Alliance, MetroCare, and other local organizations to find potential residents in short term shelters and on the streets and help them transition into appropriate housing. Catholic Charities will be providing programming, entertainment, and building community. They will also provide case management, job readiness training,  dental and medical care, recovery assistance, and other services.

“We would love to be a safety net for that type of person,” says Dave Woodyard, the CEO of Catholic Charities Dallas.  “We don’t want them to fall into chronic homelessness, so we would like to catch them quickly.”

St. Jude – Park Central will give residents their own space, and won’t require them to leave during the day as some shelters do. Each hotel room is being converted into an efficiency apartment with bed, closet, restroom, kitchen and sitting area. They will also have wifi and cable television. Residents will be able to come and go as they please, with a digital card that lets them into the facility and their room between the hours of 6 a.m. and midnight. Security will let residents in after hours, but there are no curfews as there are in other local homeless housing facilities.

St. Jude Park Central will also have a gathering room that will serve as a resource center or drop-in location for the unhoused to access services, like applying for a new social security card. The hotel’s pool has been filled in, but the courtyard has been designed to become a place for respite, gardening, and enjoying nature. The campus will be smoke free, but residents won’t be restricted from drinking in their apartments as long as it doesn’t cause disturbances. Pets will not be allowed. 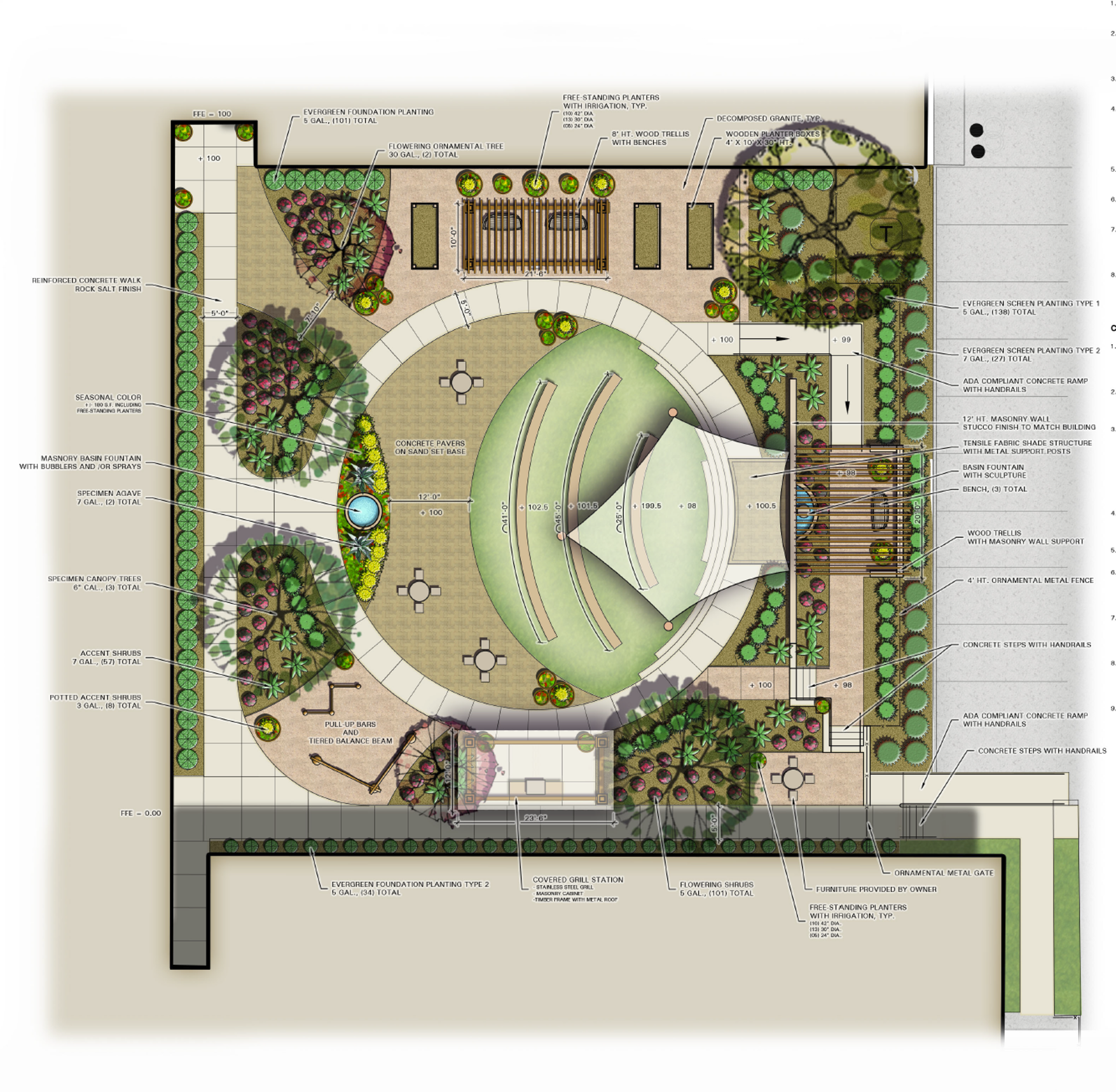 The former Gateway Hotel Dallas was a victim of the tourism crash that accompanied the COVID-19 pandemic, but provided a perfect location for this project. The neighbors are all commercial and have not put up any resistance to the retrofit, and the hotel is located near several bus lines and is a short walk from the LBJ/Central DART station, giving residents the ability to get around the city as needed.

The facility allows those experiencing homelessness to have their own space and some added privacy, but also can get to know their neighbors. Because they aren’t asked to leave during the day, they can build relationships with each other, the staff, and benefit from added stability, Woodyard says. This was an essential element for Catholic Charities.

“We’ll do a lot of programming here with different events for education and entertainment,” he says. “Most homeless people are have no one in their life because they have burned up every relationship possible. We’re trying to build back community and build back their social skills so that as they become more stabilized and capable, that they’re okay to get back into society.”

The residences are expected to be full by the end of the year.