The Dallas Morning News has a new top editor. Louisiana native Katrice Hardy becomes the first woman and Black journalist to lead the newspaper. She is currently the executive editor of the Indianapolis Star and the Midwest regional editor for the USA Today Network. The Star just won a Pulitzer prize for investigating how the Indianapolis Metropolitan Police Department used its dogs to attack suspects more frequently than any of the country’s 20 most populous cities.

The News’ announcement piece goes through her career, starting with the Virginian-Pilot in Norfolk, Virginia, where she began as an intern and left as managing editor. During her more than two decades there, she worked on the enterprise and watchdog desks and also edited various metro sections. She left for South Carolina in 2016, where she was the top editor for the Greenville News. She began in Indianapolis in 2020.

As a regional editor for the Star’s parent company Gannett, Hardy also oversaw about two dozen other newsrooms. One of those, the Louisville Courier-Journal, also won a Pulitzer last year for its coverage of the police killing of Breonna Taylor and the protests that followed every day for more than half a year. 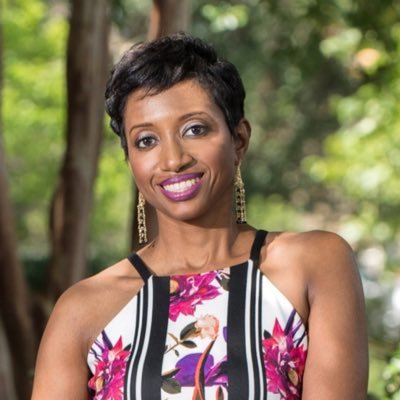 Publisher Grant Moise made the announcement in an introduction to staff this afternoon. According to a few who were present, Hardy spoke of the need to improve the diversity of the newspaper and retain current employees.

“A news organization serves no purpose if it’s not producing work that makes a difference in the lives of those it covers,” she told reporter Maria Halkias. “And that’s what I’m excited about doing more of with the talented staff at the Dallas Morning News.”

The paper has been without an executive editor since Mike Wilson stepped down at the end of last year. His was a nearly six-year tenure that included a digital-first transformation, a paywall, and a new website—and fewer journalists. The newsroom also unionized last year.

According to the Dallas News Guild, the Morning News has lost 111 journalists since 2018. Hardy will take the lead of a paper that is desperate to increase its online subscriptions and has seen a number of recent reporting departures, including its City Hall and county reporters. (According to the most recent quarterly filing, the News has 713 total employees, about 75 fewer than at the end of 2020.)

The paper, like most others across the country, is still fighting through pandemic-related advertising revenue drops. Robert Decherd, the CEO of the DallasNews Corp., has trumpeted digital subscriptions as key to the company’s financial future. And Hardy has experience there, too; she was senior digital editor at the Virginian-Pilot for about two years before becoming managing editor.

But digital circulation revenue totaled just $2 million. The paper still makes far more from print ads—$14 million in the last quarter, about $1 million less than it had in 2020. In the last quarter, digital revenue accounted for about 5 percent of the company’s total revenue of $36.8 million, which was down about $3.5 million compared to the same period in 2020.

Decherd continues to believe investing in reporting “is the best pathway to becoming a sustainably profitable digital newspaper enterprise.”

According to some who were present during her Q&A, Hardy mostly stayed big-picture when addressing staff. But she did detail the direction she plans to take the paper: “You need more aggressive reporting.”

She begins on August 12.