Dr. Deborah Hopes is the president of Remembering Black Dallas, which is dedicated to the history of African American life in North Texas. The nonprofit guides bus tours, conducts educational presentations, preserves written and oral histories, and memorializes stories that Dallas has too often paved over. This includes efforts to install historical markers at the sites of former freedmen’s towns. Remembering Black Dallas and its founder, Dr. George Keaton Jr., are also leading the push to have a monument to victims of racial violence installed at Martyrs Park downtown.

But celebrating Juneteenth goes beyond the holiday itself, Hopes says. “Juneteenth has to become something that grows from each day,” she says. “Not just one day.”

I got on the phone with Hopes last week to talk about how Juneteenth spread from Texas across the country, the holiday’s connection to the continuing fight for civil rights, and its history in the Dallas area. This interview was condensed and edited for clarity.

Juneteenth has its roots in Galveston, where on June 19, 1865, Union General Gordon Granger announced the order ending slavery in Texas. [The first annual celebrations were organized in Texas in 1866.] How did the idea of Juneteenth spread from there, first across the state and then across the country? 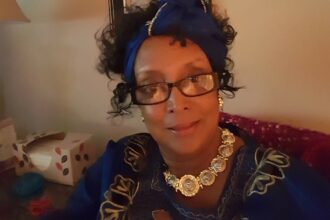 Word of mouth, from family to family, as most things do. It went from Texas to Louisiana and Arkansas and Oklahoma, because families migrated. These were people who, once they were free, started looking for work and purchasing land. Families that moved to Missouri and moved further North, the celebration went with them. And that’s how it’s spread, even to this day. Back in the early ‘60s, I would visit my cousins in Missouri in the summertime. Juneteenth was not necessarily such a big thing [outside of Texas] then, but my relatives were originally from Texas. And we celebrated Juneteenth because that’s what we did in Texas.

When World War II came, the celebrations stopped. But it picked back up in the ‘60s. In 1968, to draw attention to hunger across the nation, [civil rights leader] Rev. Ralph Abernathy called out for a march to Washington. The Poor People’s March. He called to every creed, every race, every economical level, for people to march on Washington on Juneteenth. That in itself kind of started back the commemoration of that Juneteenth celebration. It had somewhat died out, not so much in Texas but across the U.S. And then in the ‘70s, it started spreading like wildfire across the culture.

The connection between Juneteenth and the modern civil rights movement is really interesting. There’s a quote from a historian [Mitch Kachun] who says that Juneteenth celebrations are meant “to celebrate, to educate, and to agitate.” This is a really broad question, but what does it mean to celebrate Juneteenth?

It’s a celebration of family, and a time for reflection. First of all, we think about how it took two and a half years [for the news of the end of slavery to reach Texas.] We come together and we think about our history, our culture. Even though it may be a difficult history, it’s an appreciated history. Because through everything, the Black American has still continued to rise above all inequities. And still, even in inequity, still made it to be the best that they can be in every area. So Juneteenth comes and we celebrate achievements. At every level, at the highest point, you cannot look in any area—economics, education, politics, arts, sports—where African Americans have not succeeded. We celebrate that.

We have music, we have arts, we have speakers. We speak on culture. And a lot of times, it’s for our youth. It’s not always for us. It’s not always for me. Often it’s for our children, and for the younger people who don’t know what I know. This gives us an opportunity to share with them our cultural background and what we have accomplished—beyond my house, beyond my family.

That’s of course relevant to the work done by Remembering Black Dallas. When you look at the history of, for example, the freedmen’s towns in the Dallas area—how has that history shaped the Dallas of today?

Well, because so many of them don’t exist anymore, one of our biggest projects is making sure we unearth those histories. Which is sometimes very difficult. You go and you look for these places, like the State Thomas community. You will find some instances, but most of those freedmen’s towns have been taken over. Gentrification has done away with so many of these places that we now have to go and search records and look into archives. The freedmen’s towns were the centers for African American families in the late 1800s and into the 1900s.

Dallas is known for this. You tear it down and you’ll never know it was there. We’re working to get historical markers in place so we can at least have a marker that says, “Once there was a town here.” When you ask me, “how does that affect Dallas?” How can it affect Dallas when it doesn’t exist? The only thing we can do is say, “There once was.”

“Because through everything, the Black American has still continued to rise above all inequities.”

Correct me if I’m wrong, but it certainly seems like over the last few years in Dallas we’ve seen more interest in preserving this kind of history, and at a national level more interest in Juneteenth. What is driving that?

Nationwide, it has a lot to do with things that are going on in the news. The Black Lives Matter movement, George Floyd. I think there’s been a change in many people’s vision, in understanding people of other races as human beings, regardless of color. I think people are wanting to know more about each other. I have more of my friends wanting to understand me, and I’m wanting to understand more about them. I believe Juneteenth has always been one celebration that people of all races, of all colors, have embraced. I see more of it in many states because of people moving from the South. History indicates that Juneteenth is the oldest national holiday that commemorates the end of slavery. This is something to be celebrated.

What’s a question I should have asked you? What’s something people should know about Juneteenth and the work being done by Remembering Black Dallas?

The history of Juneteenth—this is not just something that we do on Juneteenth. It’s something we do all year long. It’s something that we value. It goes beyond just this day. If it wasn’t for this day, we wouldn’t be able to have the opportunities we’ve had. And in this particular celebration, we have gleaned so much awareness of who we are and who we’ve become and who we’d like our children to become. What I’m saying to you is that it’s not about me. I’m 70 years old. What I’m concerned about is who our children will become.

Juneteenth has to become something that grows from each day. Not just one day. If we continue to let Juneteenth just be that one day, then we are missing the mark of what 1866 was about. 1866 has to be an every day opportunity for every child. And that’s not just for my child or my grandchild, but for every child regardless of race, color, or creed. Because freedom means a lot. When you have freedom to learn and to live and to be all that you can be—that means more than any money you can ever have.