If Dallas Wants to End Traffic Deaths by 2030, It Has Work to Do

Dallas has the second-highest traffic fatality rate among the biggest cities in the country. Can a Vision Zero plan make our streets safer?
By Alex Macon | June 9, 2021|9:00 am
Advertisement

In 2019, Dallas caught up to most of the country’s other biggest cities by committing to a so-called Vision Zero plan, the idea being to eliminate all traffic deaths by 2030. (Of the 10 biggest cities in the United States, Phoenix is the lone remaining holdout—Houston is rolling out its own plan this year.)

Dallas has a lot of work to do by 2030. Staffers from the transportation department on Tuesday shared an update on Vision Zero with members of the City Council’s transportation committee. The action plan itself isn’t due until December, but staffers have already conducted a crash data analysis to identify the most dangerous roadways in Dallas. I asked the city for a copy of this analysis and got only crickets, but some of the data were presented on Tuesday.

Between 2015 and 2018, Dallas had the second-highest traffic fatality rate among the country’s 15 biggest cities, with more than 14 deaths per 100,000 residents annually. Most of these deaths are occurring on a small percentage of city streets, as the below maps show. (A note: the city’s analysis excluded freeways, which are owned by the state and not subject to most of what a Dallas Vision Zero plan could make happen.) 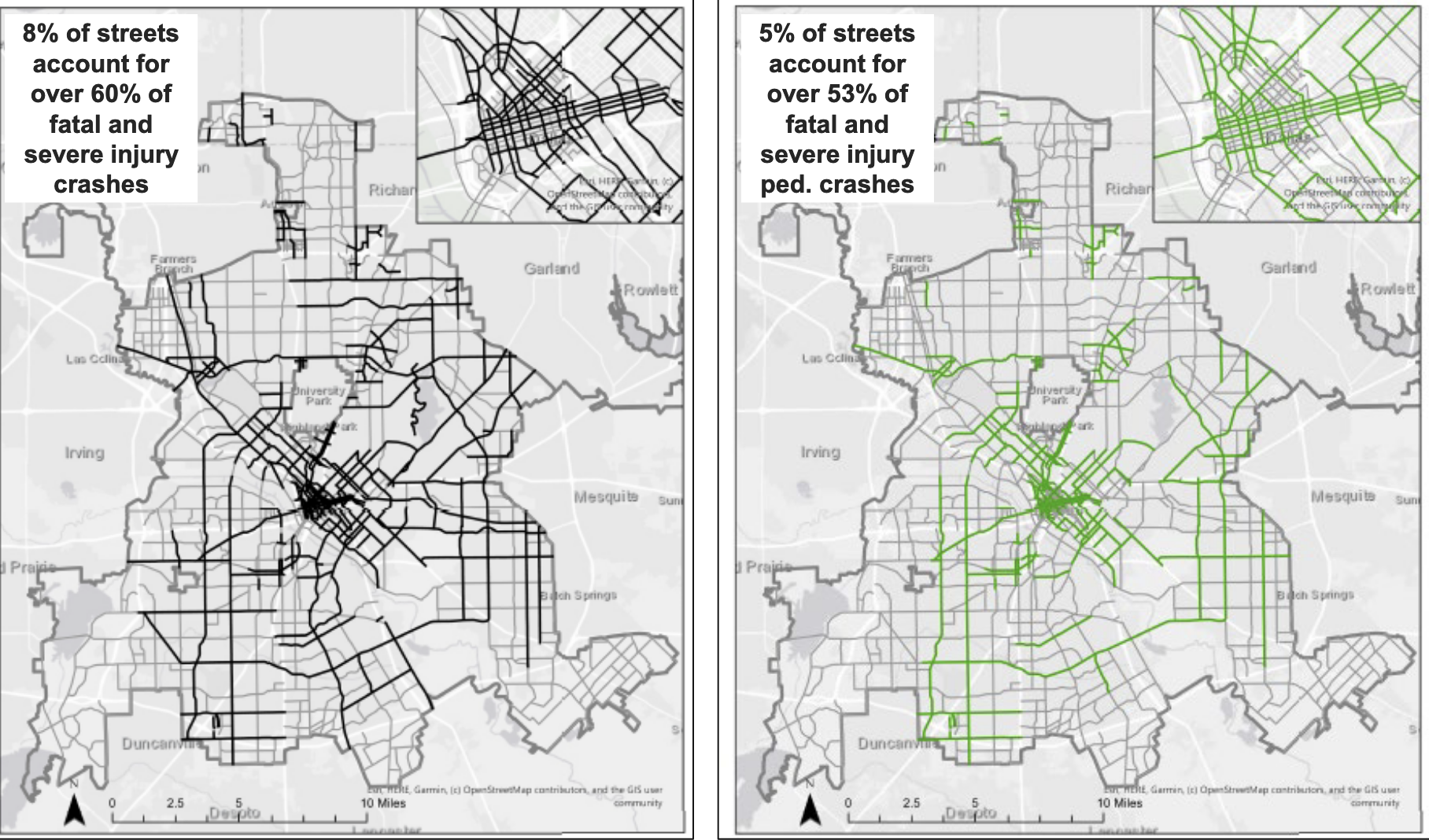 The analysis also helped identify the 20 most dangerous intersections in the city, which you can see mapped out below. 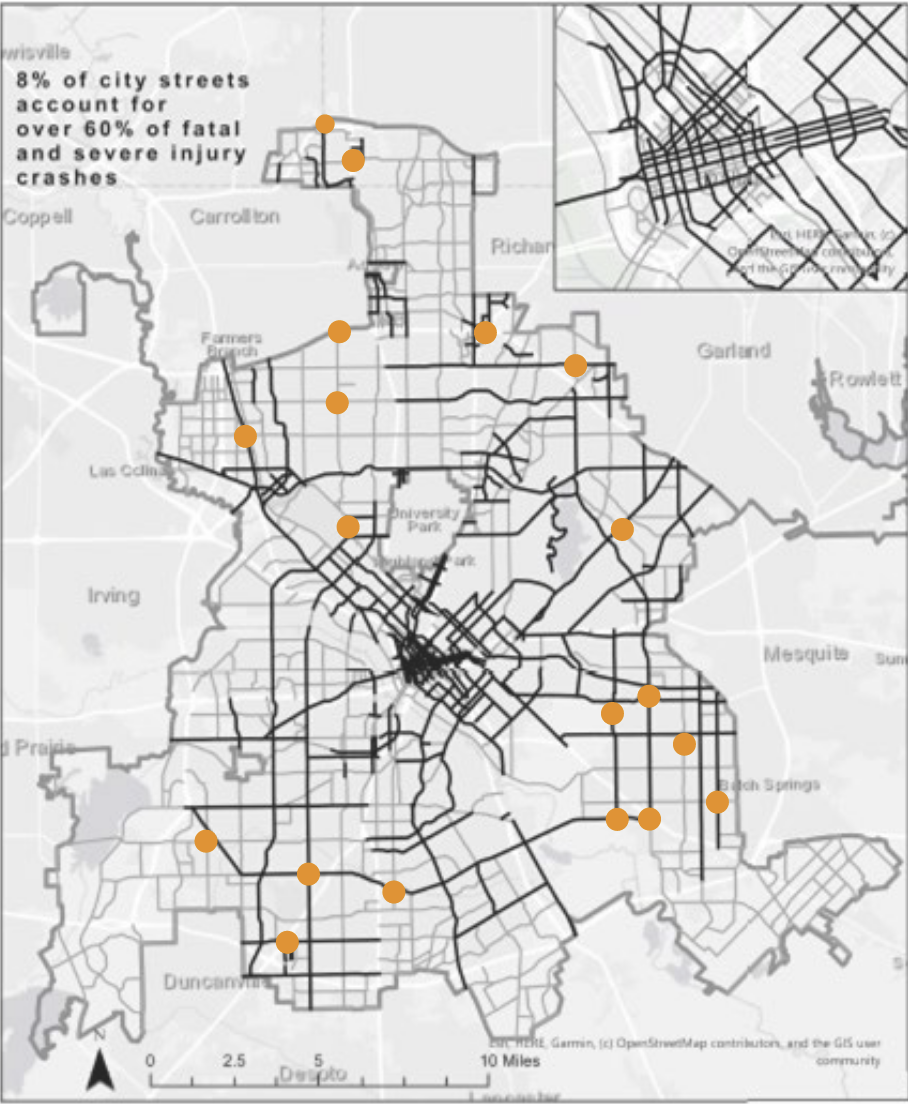 OK, one more graphic screen-shotted from the transportation department’s presentation, this one emphasizing just how disproportionately dangerous it is totravel on foot in Dallas.

Most crashes that result in deaths or serious injuries occur after dark, per the analysis. Often, speed or alcohol are involved. Other factors cited in the presentation include “failure to drive in a single lane,” “failure to yield when turning left,” and “pedestrian failure to yield to vehicles,” the last of which seems uncharitable to pedestrians trying to get around in a city missing more than 2,000 miles of sidewalk.

The city has already taken some (small) steps based on this data analysis. Most of those 20 dangerous intersections are, for example, due for traffic signal improvements largely funded by state grants. Bigger steps should be coming.

It’s unclear how far Dallas’ version of Vision Zero will go. A task force—consisting of representatives from the city, the police department, Mothers Against Drunk Driving, BikeDFW, the state transportation department, the Parkland Injury Prevention Center, and other groups with a stake or expertise in traffic safety—will meet for the first time this month, and will help guide the plan’s development and rollout.

And you also have an opportunity to weigh in. You can fill out a Vision Zero Survey until June 25, and report a traffic safety issue directly to the city via an interactive map. (Find links to both here.)

Cities that have adopted Vision Zero plans have focused on engineering (ex: adding crosswalks; bike lanes), enforcement (reducing speed limits), and education (telling people to drive safe.) The results have been mixed, particularly in cities that have opted for half-measures. Installing a few new traffic lights and putting up posters about car crash fatalities aren’t enough on their own to keep people safe on city streets. If we want to keep people from dying as they travel around Dallas, the city needs to create policies that fundamentally change how we get around.