Last summer, Dallas debuted a sort of city edition of the rainbow flag, which bears the city’s seal over the rainbow symbolizing LGBTQ pride. The flag is going up today at City Hall, Dallas police headquarters, and Love Field. Dallas’ three gay council members—Adam Medrano, Chad West, and Omar Narvaez—were at the airport for the flag-raising this morning. You can see the flag in the image above.

It will fly throughout June, Pride Month. The City Council recently gave all city-owned facilities the OK to fly it this month, so the flag may also be making appearances at libraries and police substations and the like around town.

It’s a good gesture, an easy way to signal that the city values inclusion. City Council members said last year that, as far as they know, Dallas is the first city in the country with its own city-sealed Pride flag, which is cool. And the flag itself, designed by Tracy Nanthavongsa, is a marked improvement on what we’re usually running up the flagpole. Observe: 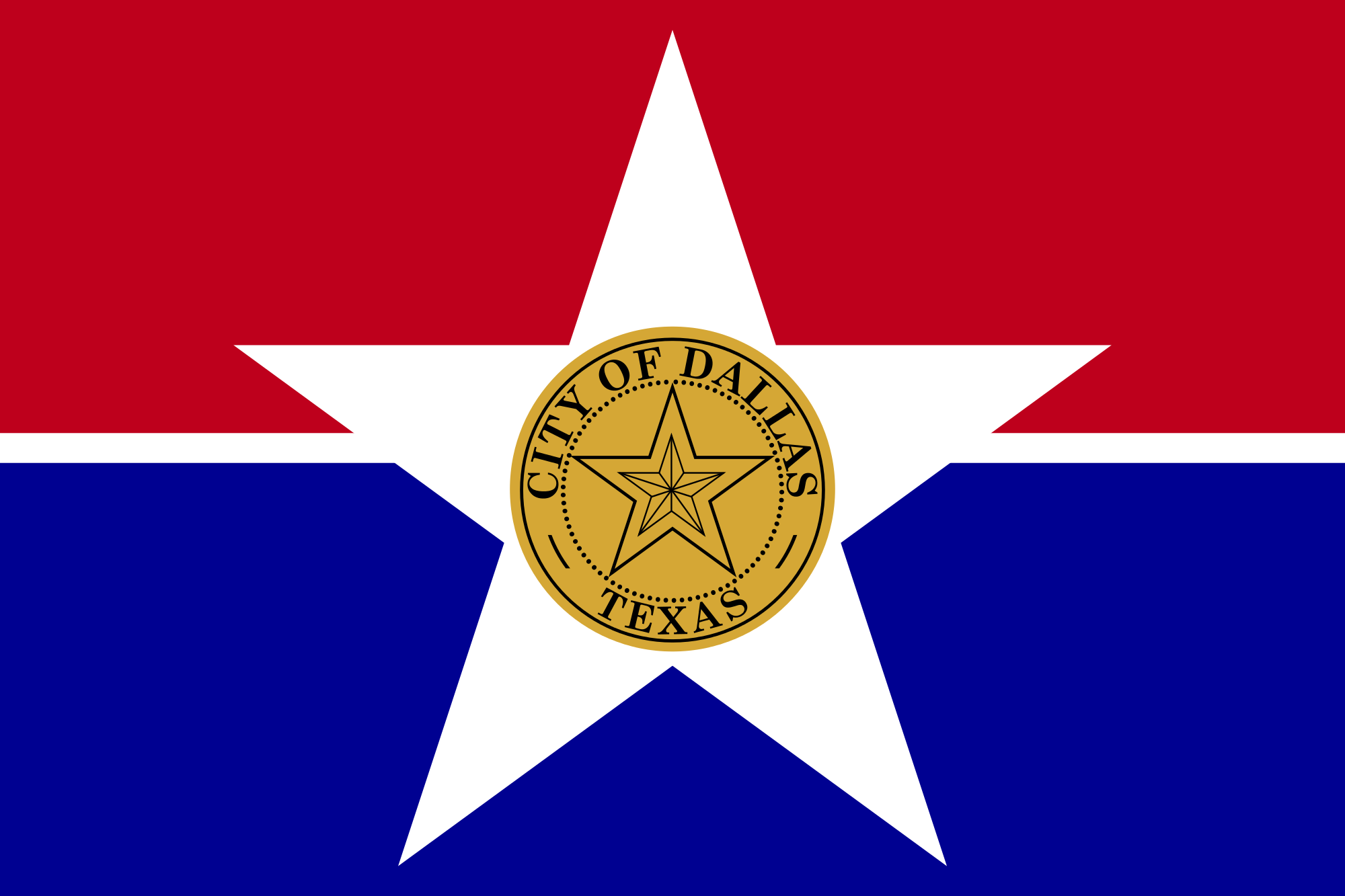 Let’s at least take another shot at this godawful flag.

There’s no helping that seal, but putting a rainbow behind it certainly gives the flag a little more pop. Until Dallas gives the city flag a full-on makeover, maybe we should just fly the Pride version year-round.