The same week Fort Worth voters will decide who succeeds Mayor Betsy Price and a handful of other runoff races, the city received some news. According to U.S. Census Bureau estimates, Fort Worth surpassed Jacksonville, Florida to become the 12th largest city in the country. The city grew by 2.1 percent from 2019 to 2020, the most of any of Texas’ largest cities. By comparison, Dallas added just 74 total people—a minuscule percentage increase that Fort Worth and the surrounding suburbs easily trounced.

In fact, Fort Worth’s population has grown by 24 percent since 2010, one year before Price took office. Only Phoenix and San Antonio grew faster. Whoever succeeds her will have to direct policy to accommodate such growth.

Neither Mattie Parker nor Deborah Peoples, each of whom bested more than a dozen candidates in May to make the runoff, have chimed in on the news. But city officials and civic boosters were jubilant. On Twitter, a stock photo circulated of the city’s downtown emblazoned with “12th largest city in the country.” (To me, a photo of the city’s mascot Molly the Longhorn emblazoned with an outline of a longhorn cheering “We’re No. 12!” would have sufficed. That’s the sort of hokey civic boosterism I’ve come to expect from Cowtown.)

Parker is Price’s former chief of staff. Peoples is the former Tarrant County Democratic Party Chair. Both have taken heat for being stridently partisan. Peoples is clearly a Democrat, backed most notably by former Congressman Beto O’Rourke as well as U.S. Reps. Marc Veasey of Fort Worth and Eddie Bernice Johnson of Dallas. Parker is a Republican who has Price’s backing and, as of this week, the support of Gov. Greg Abbott.

They have similar goals: diversifying the city’s tax base, which relies too much on residential property taxes; providing more affordable housing; expanding the city’s paltry and underfunded public transit system; and policing reform.

They differ in approaches to achieving these goals, however. And the messaging says everything. Parker, who has the backing of the Fort Worth Police Association, uses the phrases “police” and “public safety” as much as she uses “mayor.”

In the general election, her mailers declared she “would never defund the police.” She also touts public-private partnerships to address every inequity around: the city’s homelessness, food deserts, healthcare delivery. She focuses on taxpayer stewardship, stronger community-police relations, and collaboration with local educational institutions to make the city a whole lot smarter. It’s essentially an extension of Price’s tenure, though a little more conservative.

Peoples is running under the banner of “One Fort Worth.” Her messaging focuses on the deeply rooted inequities when it comes to solving the aforementioned issues. She confronts those inequities with more forceful language and isn’t afraid to critically address how Fort Worth has handled criminal justice, policing, and economic development. Her vision is far more progressive than her opponent’s, which she unabashedly declares on her website. Like Parker, she cites her private sector experience as a reason to elect her.

But Peoples drives home an aggressive, painful point that Parker does not: “Our city has so much untapped potential, but previous leadership has overlooked the changes and growth that have taken place in Fort Worth. We can’t afford to continue to be a city for only the wealthy and well-connected.”

Where Fort Worthians stand on these candidates will likely be decided by how they feel about the previous decade under Price. Is it time for an extension of the same, or a new approach? 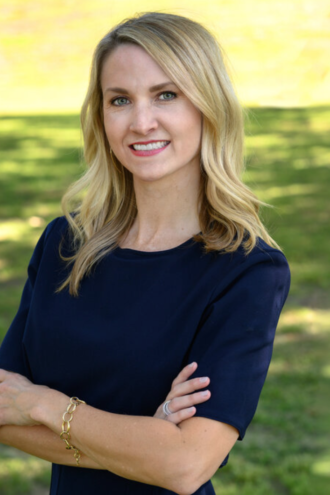 Mattie Parker, the former chief of staff to longtime Fort Worth Mayor Betsy Price, is running to succeed her former boss.
Courtesy the campaign

To get a healthy perspective of how Fort Worth grew during Price’s lengthy tenure, I texted a bunch of politically-involved friends and acquaintances who have insight. One listed a litany of accomplishments: lowering the city’s tax rate, shoring up pension funds without state intervention, successfully passing bond packages, and the contentious renewal in 2020 of the Crime Control Prevention District fund, which takes half a cent from sales tax revenue to pay for police resources in the city.

Price also advocated for more bike lanes and regional transit, namely TEXRail from downtown to DFW Airport. One friend added the caveat, however, that it’s something any big city mayor could do while half asleep.

Another was more critical: “subpar non-protected bike lines and the exodus of all major corporate headquarters plus a lil sprinkle of uncontrolled sprawl.”

And another couldn’t answer.

None of those interpretations are wrong.

Price also faced social unrest around the city’s race relations, which she sometimes stumbled through. These incidents defied the longtime trope that the city is a laid-back place where everyone gets along. That’s a myth relegated to the wealthy westside and wrongfully used citywide.

Protests not led by a core group of White people are deemed unseemly. The murder of Atatiana Jefferson, a 28-year-old woman shot dead in her home by former police officer Aaron Dean, localized the national protests about police violence and brutality. In 2016, there was a video of a White police officer wrestling and arresting Jacqueline Craig, a Black woman, and her daughters. Price at the time called it an isolated incident, which she recently said she regretted.

Whoever wins will be faced with addressing the problems identified a few years ago in the city’s brutally honest economic development report. Among the findings were, again, that the city lacks a diverse tax base.

But, as I noted in 2018, the report surfaced another problem: the city has neglected its Black and Brown residents, who face massive economic and health disparities compared to their White neighbors. The southeast ZIP code of 76104 has the highest maternal mortality rate in the nation. As a Star-Telegram report revealed, the ZIP code also lacks basic infrastructure, like healthcare access and grocery stores. While the city now spans three counties, it’s put these new developments ahead of the needs of the inner city, and especially ahead of communities inhabited by people of color.

Regardless who wins, they’ll need the help of the city council, which is due for a possibly major shakeup. For the first time in a decade, Fort Worth’s elected body could look radically different. 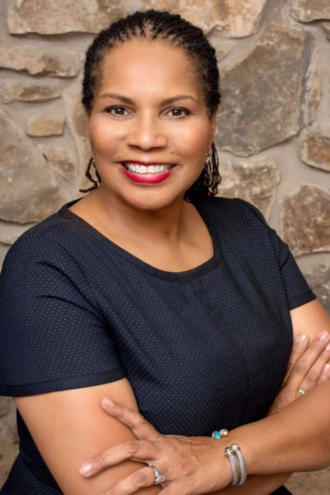 Along with the mayor’s seat, voters will decide on an open council seat and two incumbents in runoffs. The District 9 seat was left vacant after Councilwoman Ann Zadeh made an unsuccessful run for mayor. Attorney and former state House candidate Elizabeth Beck faces Fernando Peralta, the president of the Las Familias de Rosemont Neighborhood Association.

Progressive activists have sought to oust Gray and Jordan through multiple cycles. Williams is running for the first time and has a real shot. Nettles ran for the seat last election and accused Gray of fraud.

Williams and Nettles would bring fresh faces to the council and lower its media age considerably. Williams is 31 and Nettles is 33. Likewise, Beck is 38 and Peralta is 28. In contrast, Gray is 52 and Jordan is 72. Parker is 37 and Peoples is 68. Firestone is 54 and Pent is 41. Likewise, electing Peoples and Williams would add two people of color to the council.

(While they did not succeed this time, progressive activists have also been mounting campaigns against Councilmember Cary Moon, who squeaked by this time by 51 percent against four other candidates. Like District 7, Moon’s district sprawls from the Woodhaven neighborhood in East Fort Worth to Far North Fort Worth. It looks like a skinny Pac Man.)

The faces behind the dais may be new come Saturday. But the biggest question should not be about who will win. What you should focus on is whether the new mayor and fresh faces on council will guide a city toward a more equitable future, as called for in the report commissioned by the city years ago. Fort Worth is clearly growing. It’s also leaving many behind. And Fort Worth’s success, like Dallas’, is important for the region’s vitality as it sprawls out ever further.

No matter who wins next week, these challenges will be waiting for them.