We know it’s been a while since you’ve seen this feature. And we also know that the perambulating difficulties across the city of Dallas haven’t let up. So we’re re-launching Dallas Hates Pedestrians, starting in Deep Ellum. This is a classic example of what this feature has tried to raise awareness of: sidewalks are not meant to be rental space for construction. This image was taken at Good Latimer and Elm Street last month, but it has been under construction for a while. The construction has swallowed the sidewalks, with the Epic on the north side of the block and the smaller storefronts on the south. Here is how Google Maps captured it in February of 2020: 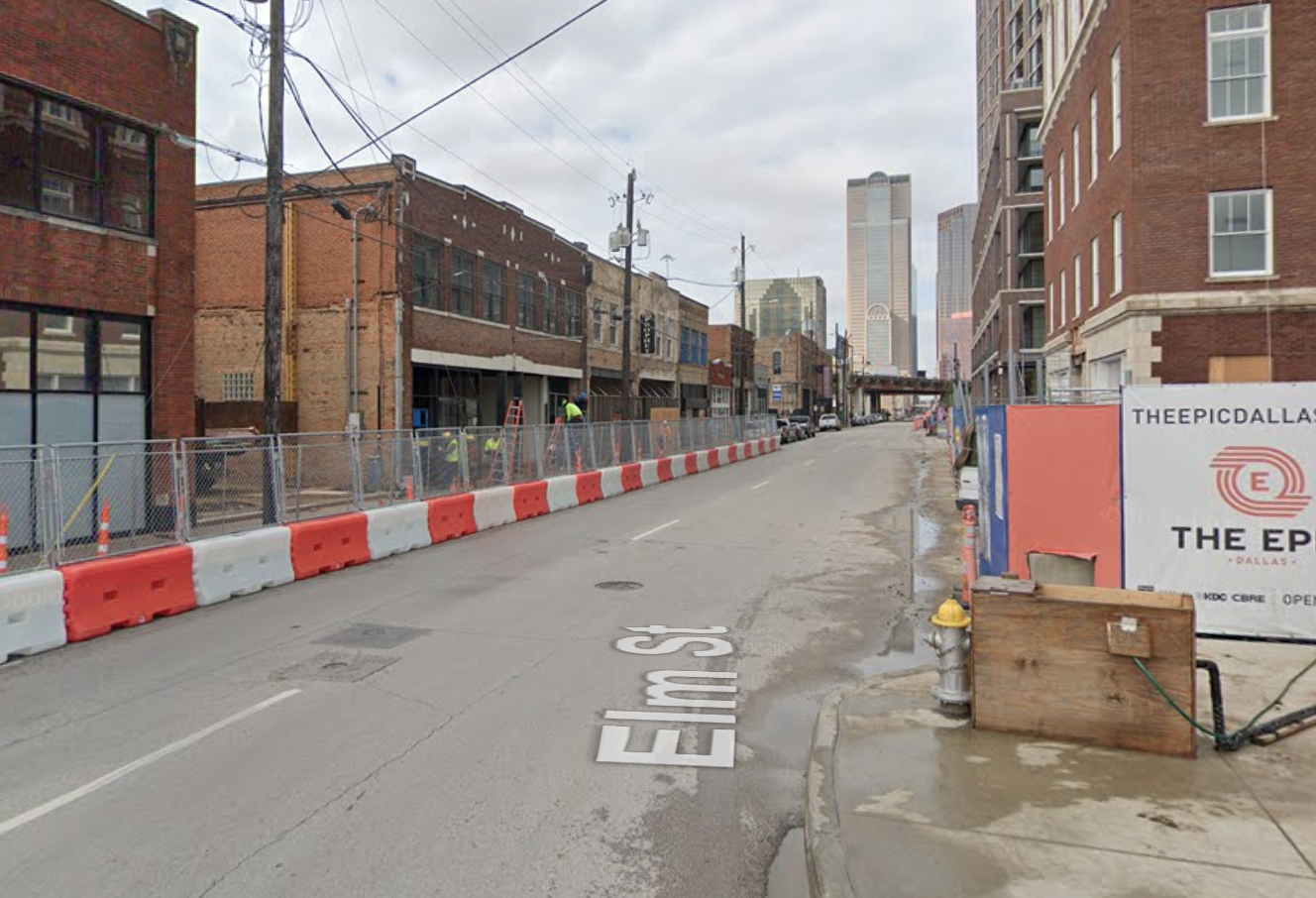 It’s still a challenge to get through, even more than a year later. Just ask the paleta man who had to navigate the mess.

What else are you seeing around town that needs pointing out? Email me here. Dallas Hates Pedestrians is back.

Send your photo evidence of Dallas hating pedestrians to [email protected]. For more in this series, go here.
Tags: