When D Magazine launched, in 1974, Ron Chapman got on the air and said that if we published a 12th issue, he’d eat a copy. At least that’s what the staff thought he’d said. Chapman set the record straight twelve years later. What he’d actually said (he claimed) when the magazine started was that he’d write for us if we lasted a year. He made good on his promise with a short piece in 1986.

Well, we’ve outlasted him. The radio legend died today at the age of 85.

A youngish D staffer sent me a note earlier today saying that “this guy died” and that something I’d written in 2005, on the occasion of his retirement, was trending on our site. I wrote back, “‘This guy’?! You mean Ron Effing Chapman?” The staffer didn’t know. Chapman had been off the air for a while by the time said staffer was old enough to pay attention. For that coworker and for others who are too new to town or too young: Ron Chapman was a pioneer. He was a giant. For a few decades, he ruled Dallas. 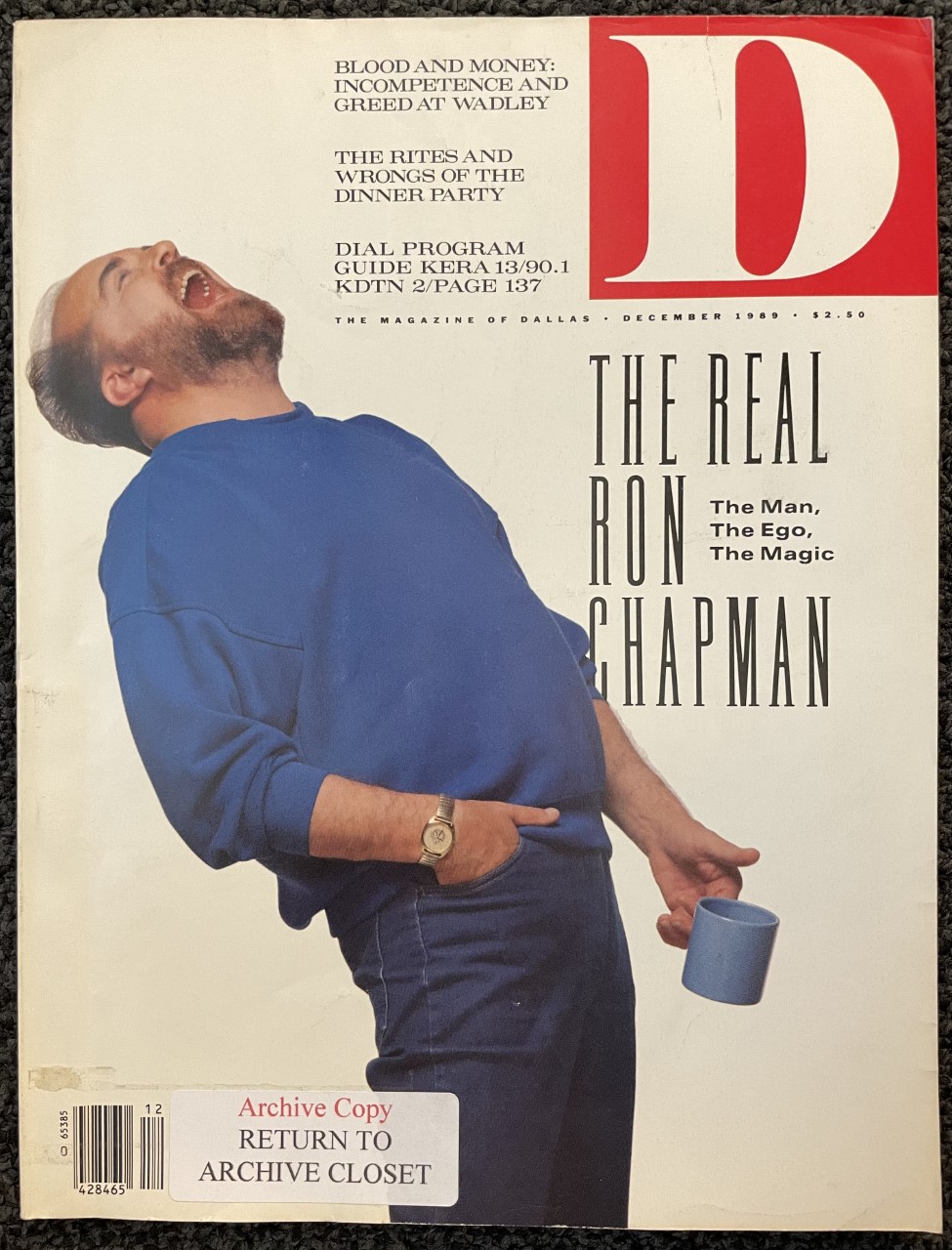 Go back and look at that thing I wrote in 2005. All I did was call around and get good stories from people who’d worked with Chapman: Suzie Humphreys, Jody Dean (his story involved weed), Dale Hansen, Dick Clark (!). But then take a minute and check out some real work. Read the Chapman profile that Brad Bailey wrote for the magazine in 1989, titled “A Warm and Fuzzy Tyrant.” The lede alone is worth the price of admission.

Quick trivia before I let you go: KVIL is the station that Chapman built into a powerhouse. You know why it has those call letters? It began its life by broadcasting from Highland Park Village.

Dallas’ most important news stories of the week, delivered to your inbox each Sunday.
Ron Chapman

The in-flight magazine was once a vital part of North Texas' media ecosystem.
By Tim Rogers
Media