Sorry I am just getting around to sharing, but very early this morning I read a story on The Ringer, written by Danny Chau, titled “How the Pick Protection Took Over the NBA Transaction Game.” Pick protection, for those that don’t follow NBA front office intrigue, means that Team A can trade Team B a first round draft pick but put certain parameters on when it will be conveyed. For instance, Team A can hold on to the pick if it falls within the top three, choosing to hand it over to Team B the following season. Some are very complicated. With the trade deadline coming up, you will no doubt hear protected picks come up a time or two.

And I learned something: the man who pioneered the practice was none other than Rick Sund, one of the architects of the expansion Dallas Mavericks in the early 1980s.

Sund wanted a first-rounder from Indiana, but understood the Pacers’ perspective: “They’re a rebuilding team—if things don’t work, they’ve got to have a certain amount of protection,” he said. “And so that’s what we did.”

The trade that was agreed upon: Indiana would receive Garnett and Stansbury in exchange for a 1990 first-round pick, which would be conveyed to Dallas so long as the pick landed outside of the top seven; if it landed inside of that range, the pick would be conveyed in 1991, without condition.

So there you go. There is a fair amount of good information there about how the early Mavs were built, too, if you aren’t familiar. Speaking of the early Mavs, I got the above photo of Sund from the Mavs’ 1987-88 team scrapbook. The copy I found had this letter from team GM Norm Sonju in it: 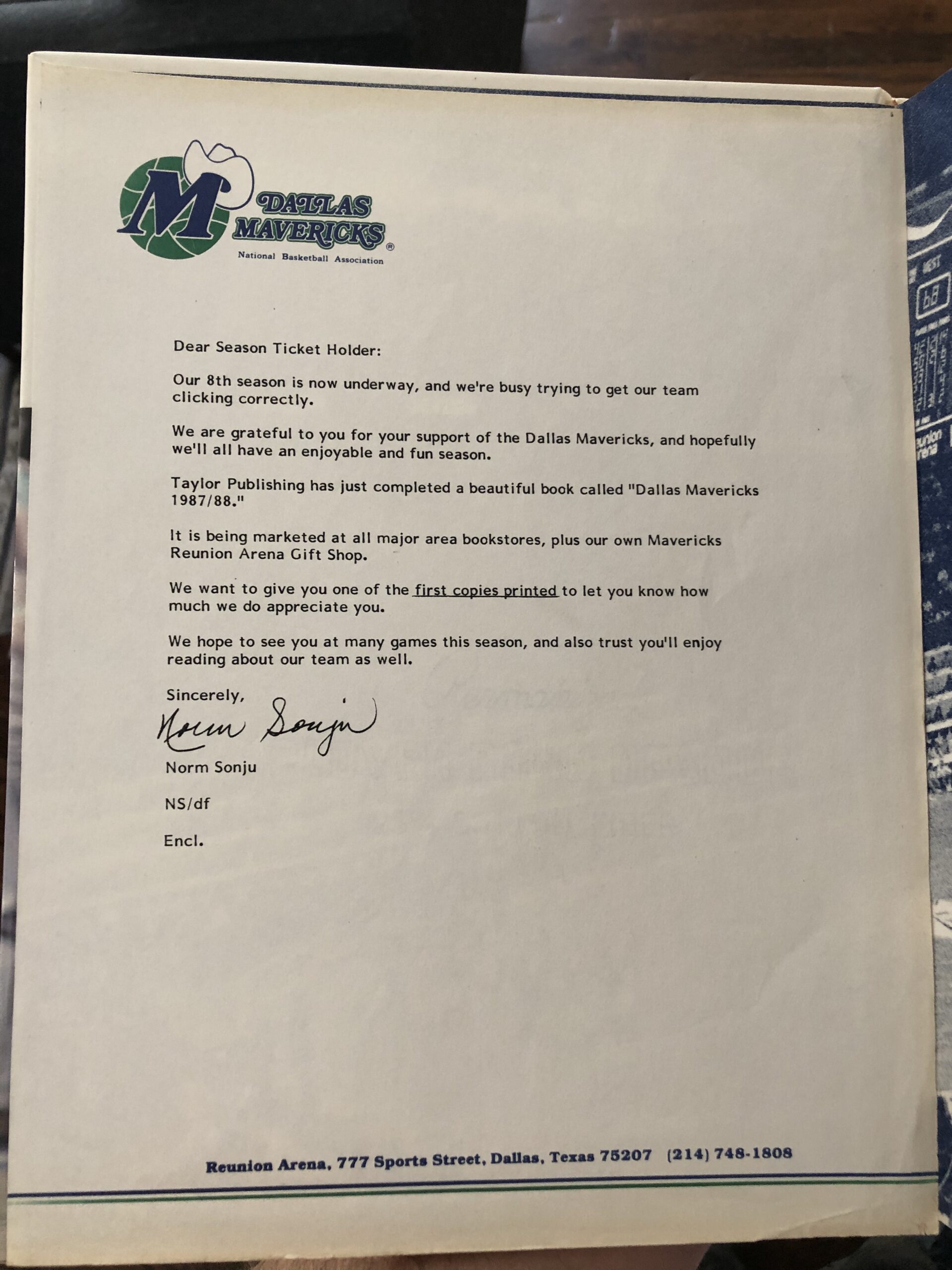