It has been nine months since Mark Cuban checked his phone and we watched his jaw go slack, learning in front of the world that the NBA season would be stopped immediately. On Thursday, basketball returned to the American Airlines Center, a preseason game between the Mavericks and the Minnesota Timberwolves.

Music from Migos, Gucci Mane, and Drake soundtracked pregame shooting routines. Members of the media buried themselves in the glow of laptops. It appeared all very routine — except it wasn’t. For all the attempts to re-create a familiar game night atmosphere, the NBA’s new normal is a foreign experience. The arena is empty and there is no escaping that.

Without fans, the arena feels vast. The emptiness magnifies its scale, and yet, everywhere you turn, there’s an indication that people should be there. In fact, the Mavericks went out of their way to create an experience reminiscent of a normal game night.

The effect was jarring. In an empty environment, it became sensory overload. Artificial crowd noise was piped in. The canned cheers weren’t just for the TV audience at home; it was an overwhelming part of the game night experience. Its ceaseless din was almost disorienting.

“They’re playing music, they have a P.A. guy, they pump in cheers and noises when the Mavericks do a good thing, but there’s no fans and we’re far away so there’s no — the team and the experience is acting like it’s normal when it’s obviously very much not,” said The Athletic’s Tim Cato, who, in an act that showed just how little the camera operator had to work with, wound up on the Jumbotron at one point. “The experience is fundamentally the same for me, but it’s all like a façade to hide the fact that we all know that things are clearly not normal.”

Members of the media were the only people allowed in the building, outside of AAC staff and team personnel. The media entrance was in a new location and you had to fill out a health screening on your phone before entering. Assigned media seating was spread throughout the building on the concourse and Platinum levels. Media could not access the event level — where the court and locker rooms are located.

Without access to the locker rooms, Zoom is the default communication method between coaches, players, and the media. It has been this way since before the team left for the NBA’s bubble at the Walt Disney World Resort in Orlando, last July. It worked well then and still does, but it has its limits. Being inside the arena and conducting interviews through Zoom gave the sense that the media were more spectators than anything.

“I’m used to being able to be courtside during pre-game to catch players warming up, high-fiving each other, or doing something fun and crazy that I could catch up close and personal on my phone or video camera and post for all to see,” said Dorothy Gentry, a freelance sports reporter who’s work appears in Texas Metro News, The Athletic, and the New York Times, among others. “Those days are gone. I don’t know if they’ll ever return — even if fans do. So, if it’s anything I miss as a media member, it’s definitely the up-close access we used to have with players.” 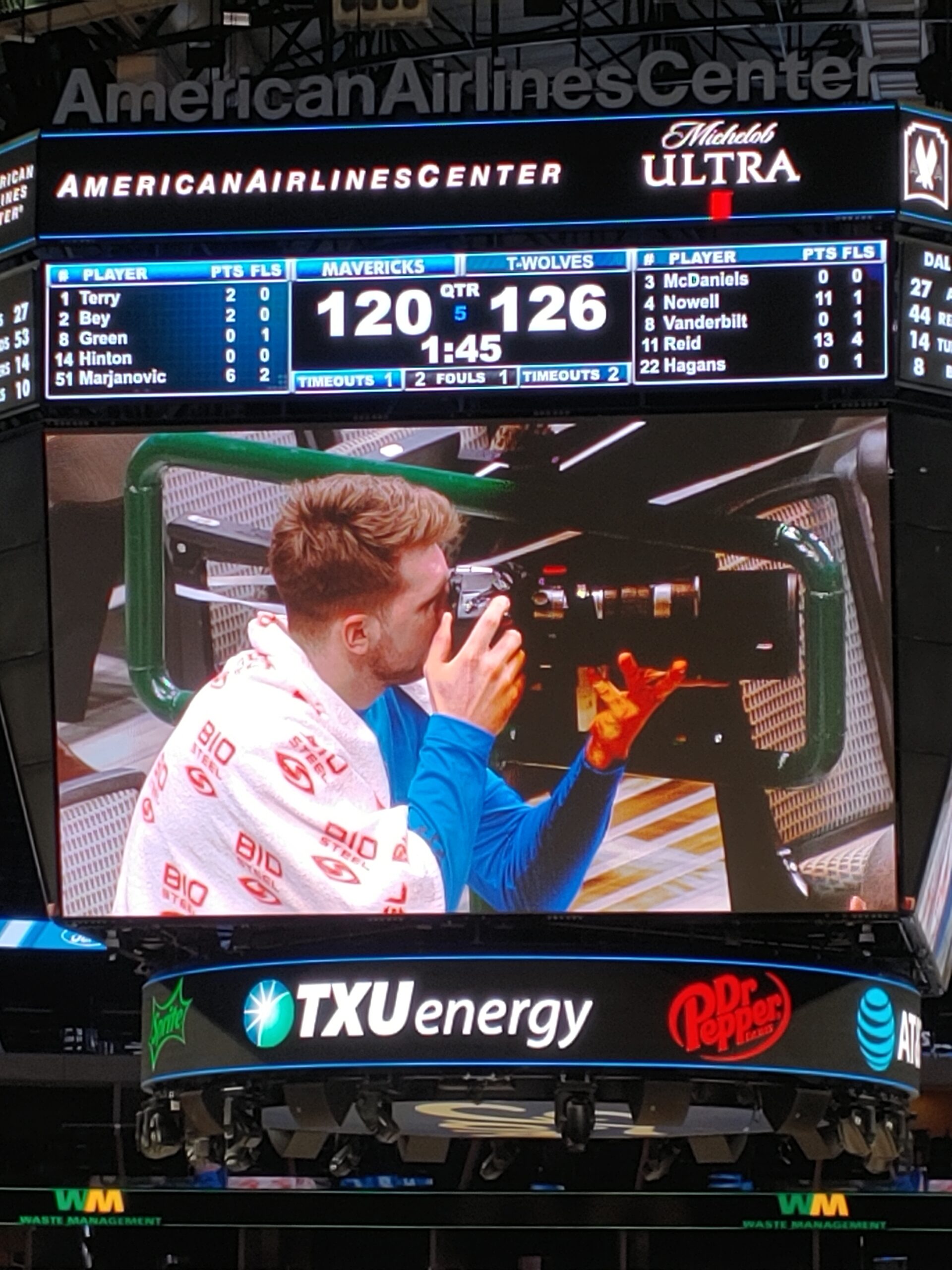 The last time the AAC hosted an NBA game, the stands were full of boisterous fans watching Dallas Mavericks backup center Boban Marjanovic have a career game against the Denver Nuggets. It was also the night the league suspended the 2019-20 season after Utah Jazz center Rudy Gobert tested positive in Oklahoma City.

During the bubble, players lamented that they aren’t playing in front of fans. LeBron James even noted that fans are a driving force behind his performances. As a new season gets underway, most arenas will remain vacant — six teams, including the Houston Rockets, are allowing fans in the building in a limited capacity.

If this is the NBA’s new normal, it’s nothing short of outré spectacle. As strange as it may be, it lends itself to an ingrained sense of familiarity. It’s an experience that we collectively remember from before the world plunged headfirst into a pandemic. In its own, odd way, it’s somewhat comforting — reassuring even — seeing Luka Doncic and the Dallas Mavericks play basketball again. Even if the sounds bounce off empty seats and every other urinal is blocked off with yellow tape. Like so much this year, there is no choice but to take what we can get.