The September issue of D Magazine is out. If you don’t subscribe, then you’re missing out. I wrote a story about a cat, and Eve wrote about the most expensive steaks in town, and Julia Heaberlin wrote about a guy who makes prosthetic eyes, and we’ve got a book excerpt about the SWAT negotiator who kept the downtown shooter occupied in 2016 until cops blew him up with a robot. It’s a great issue. I guess you’ll have to buy one at the grocery store. It’s more expensive that way, but suit yourself.

Our cover story focuses on the insane local real estate market. For the cover, illustrator Eric Cash imagined for us an idyllic scene inspired by both midcentury openness and the pandemic. Hence all the masks worn by our backyard partiers. Look closely.

The cover is what we call in the magazine business a “gatefold,” meaning it’s twice as wide as a normal cover. You think it’s a normal D Magazine cover until — pow — you unfold it and see that scene carries over to the chicken coop and the neighbor’s house.

All of which I tell you as a pretext for showing you the cover below, which was drawn by my 14-year-old daughter. Back in June, a lifetime ago, just a few months into home isolation, when she was nagging me for something to do, I said, “Go walk the dog.” When she wouldn’t walk the dog, I said, “You know that doodle you did on my notebook? Make a real estate cover for the magazine. I’ll give you $20.” She worked on it, off and on, for about a week. In that sense, the twenty bucks was well-spent. It kept her busy.

But then came time to explain why we weren’t going to use her cover. All I can tell you is the same thing I told my daughter: our art director, Kevin Goodbar, is a big jerk. 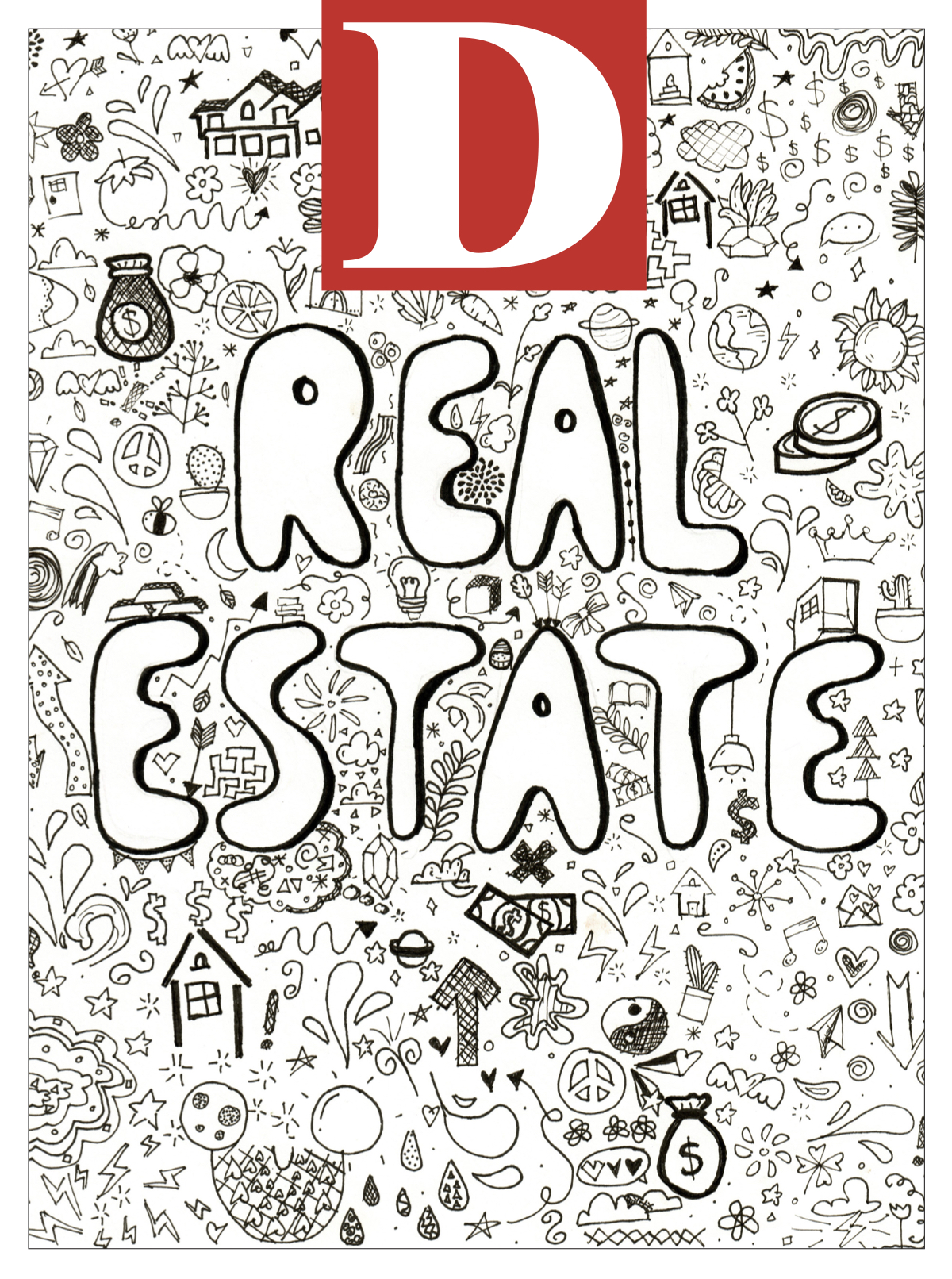 A Night at the Adolphus