The final death knell for one of the most promising, forward-thinking urban planning efforts in North Texas will be sounded tomorrow. During a joint session of the city of Plano’s City Council and Planning and Zoning Commission, Plano officials are expected to vote to repeal the city’s Plano Tomorrow Comprehensive Plan and replace it with the 1986 master plan—literally putting Plano a generation behind on planning for its future growth and success.

The Plano Tomorrow Comprehensive Plan was adopted in 2015, and since then, it has been embroiled in a long legal feud seeking its repeal. Opponents feared the new plan and said it would allow dangerous amounts of density that would erode the suburban city’s character. To me, the Plano Tomorrow plan looked like exactly the kind of urban planning vision that could begin to reverse the damaging effects of 70 years of sprawl-style suburban growth.

That style of growth, while often trumpeted as the bedrock of the region’s incredible economic success, has also proven to treat North Texas cities and communities like disposable commodities, cycling urban neighborhoods and inner-ring suburbs alike through a series of booms and busts. The short-term economic gains of sprawl-style growth do not pay for the ultimate erosion of tax bases, inequitable transfers of wealth, and hidden costs of living.

Plano was once the poster child of sprawl, which made the Plano Tomorrow plan even more extraordinary and revolutionary. The plan recognized that the pattern of growth that has defined the last 70 years of urban expansion in North Texas will not allow the region to remain sustainable, and it charted a new path forward. It allowed for pockets of density, rethought how to integrate transit into a highway-dominated city, and accommodated for a deepening tax base driven by a mix of commercial and residential investment. It reimagined the suburban city not as a commuter-berg of single-family houses flanked by highways and strip centers, but as a vibrant, resilient community unto itself.

Plano Tomorrow wasn’t perfect, but it recognized reality: more than a half-century of economic growth has transformed Plano from an ideal suburban utopia into a more dynamic and complex city, with large job centers, an expanding commercial base, and demand for a diversity of housing, services, and mobility options. But that was too much for some Plano residents. They fought the adoption of the plan through the courts while waging a disinformation campaign that drudged up tired clichés about density and urban life.

“In Council meetings, in their rhetoric, when people say, ‘Those kids shouldn’t be in school with our kids. People in apartments will cause crime.’ The racial undertones have been very clear,” LaRosiliere told me in 2018. “We had a guy come up to Council and say, ‘Hey, you’re the Black mayor.’ The ugliness is there. Some are more adept at masking their rhetoric than others.” 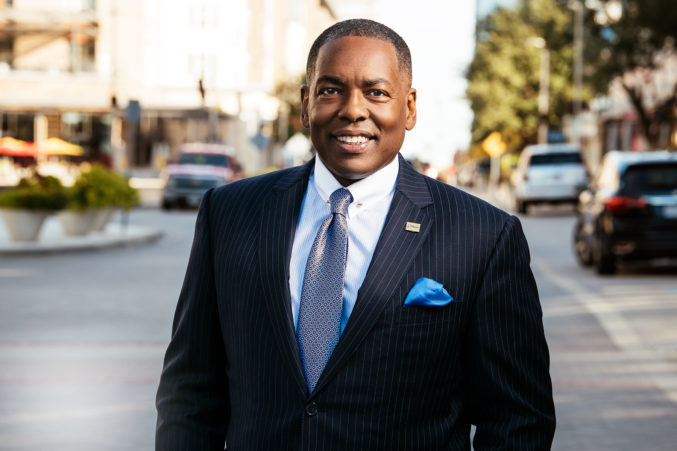 Ultimately, the victory for Plano Tomorrow opponents came through the courts, and it hinged on a miscalculation by Plano’s city staff. When Plano resident Beth Carruth collected 4,000 signatures and filed a petition requesting the city to place approval of the plan before a public referendum, the city believed the petition had no standing. Multiple courts, however, sided with Carruth. During a specially called meeting on Sunday, the Plano Council decided to give up the lengthy and costly legal battle, rather than continue to appeal.

That legal battle could have far reaching consequences, not only for Plano, but for the future of urban planning in Texas. It sets a precedent that would allow any well-financed interest group to force municipal governments to put basic items of business up for a public vote. Opponents of the plan saw this as a call for more direct democracy. The Plano Tomorrow plan, however, was already conceived through a long public process and eventually approved by a Council vote.

The battle also exposes an essential conflict facing the future of North Texas—and large metropolitan regions across the country. Transitioning the American economy away from a model characterized by waste and inefficiency—the inequitable, environmentally catastrophic, and ultimately unsustainable model of sprawl—will require urban planning shifts in large cities and suburban and ex-urban communities alike.  All metropolitan areas will need to begin to resemble a networked series of urban clusters that are more efficiently linked and which better utilize space, expand economic opportunity, provide for diverse housing choices, and allow access to multiple forms of mobility. Cities like Plano will not be able to afford the costs associated with maintaining its sprawling infrastructure.

This doesn’t mean the end of suburbia—nor does it mean that people who enjoy life in suburban Plano will need to leave their hometown. Rather, the Plano Tomorrow vision was designed as a way to stabilize Plano’s suburban character, while introducing ways to grow the city’s tax base so that Plano could continue to afford to provide the kinds of services its residents have come to expect, like quality schools.

What opponents of the plan don’t appear to understand is that suburban growth itself functions like a Ponzi Scheme, and as soon as a city runs out of space for developing new tracts of suburban housing, the tax base stops growing sufficiently to cover the costs of basic services. Suburbs require ever-lasting growth to survive, but Plano has already been developed to its borders. It has run out of land, and like other inner-ring Dallas suburbs, faces the real threat of deterioration.

Plano Tomorrow opponents created an imaginary boogie man, and they have now chased their monster out of town. What they are left with is a plan from the 1980s that is more permissive of the kinds of developments that will erode their community’s character and value. My hope is that the city of Plano’s elected officials will regroup and restart the process of drafting a new master plan. The experience of the last five years will likely make them more cautious this time around, but elected officials need to remember that the Plano Tomorrow plan has much popular support, despite the volume of the opposition.

We now know that any new master plan in Plano will likely need to be put to a referendum. So be it. Allow a new, forward-thinking plan a fair fight against the disinformation of the NIMBYs, so that Plano can move into the next century. The city’s future—as well as the future of all of North Texas—depends on it.