Forget the ad hoc blah-blah part. That’s boring. The thing to notice is the “hereby removed.” Johnson’s curt language is reminiscent of a streamed Council meeting in June when he barked, “Mute them!” to silence the city manager and a council member with whom he disagreed. The mayor alleged the latter had not followed the meeting’s procedural rules. It’s also reminiscent of the very cranky Queen of Hearts in Alice’s Adventures in Wonderland, famous for saying, “Off with their heads!” every whip-stitch.

All of the backstory here was covered thoroughly in D Magazine two months ago by Peter Simek in his piece “A Mayor in Defeat,” chronicling the strange and very psychological-seeming unwinding of the Johnson mayoralty. Elected a year ago with major business support on a promise to restore civility, the prickly, thin-skinned new mayor has managed to pick fights and alienate himself from the very people on the Council who should have been his BFFs.

Before getting elected to the Council for the first time last year, Blackmon was a top aide and consigliere to an establishment mayor and then a school superintendent. In fact, she was sort of imposed as a babysitter on the school superintendent, Mike Miles, by some of the same business leaders who later bankrolled Johnson for mayor.

The district she represents—Lake Highlands from Northwest Highway south to Ferguson Road, as well as portions of Lakewood—is mainly conservative and middle class but diverse, with a significant lower-income element. Her predecessor, Mark Clayton, was a bridge between conservatives and progressives on tough issues from housing to the failed Trinity Toll Road project. 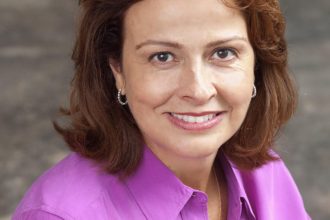 Paula Blackmon should be Eric Johnson’s BFF. Instead she’s on his mute list.

In her own bid for election, Blackmon defeated candidates to her left and to her right. By temperament and background, she would seem to be the ideal ally to a regime committed to civility, which usually means doing what the business leadership wants but getting it done without a fuss.

Instead, Blackmon joins other council members in the wrong column on the mayor’s naughty and nice list, including Lee Kleinman of District 11 in Far North Dallas and Carolyn King Arnold in District 4 in the middle of southern Dallas. Kleinman and Arnold, both on the outs big-time with the mayor, ought to be bonded to his hip, singing his tune.

And therein lies the problem. What is Eric Johnson’s tune? While the two biggest public storms in recent memory, George Floyd and COVID, batter the city’s social moorings, Johnson is so hard to find he has almost become a board game. Instead he seems always to be tied up in adolescent snit-fits over his prerogatives of office. Faced with even the slightest opposition from a council member, he goes quickly from petty parliamentary ploy to angry outburst: “Mute them!”

Blackmon’s original sin is hard to unearth, as Simek observed in his piece, but the most recent instance seems to have taken place in mid-March. Johnson wanted the Council to enact a mayoral COVID-19 disaster declaration. Johnson’s declaration was largely an irrelevance because County Judge Clay Jenkins had already stepped up early on to become the local COVID captain since the county has the health department, but … anyway.

Blackmon supported Johnson’s motion, but in so doing she seems to have committed two cardinal transgressions. First, she dared to offer an amendment. Johnson wanted his disaster declaration to last forever, pretty much until kingdom come or he decided to end it. Blackmon and others, Kleinman among them, wanted a date certainly way sooner than kingdom come — April 29, in fact — with an opportunity for the City Council to revisit the issue at periodic intervals.

Blackmon’s next sin was worse. She won. By an 8-7 vote, Johnson, who opposed Blackmon’s amendment, lost. Soon after, Blackmon was removed as co-chair of one of the mayor’s multiple irrelevant COVID committees. So there.

This more recent removal, from an ad hoc legislative committee, is even more picayune and irrelevant because it’s not about a single thing anybody outside of City Hall gives a plug nickel about. The city’s relationship with the Legislature is between the city manager and a bunch of lobbyists. As we saw three years ago during the legislative debate on bailing out the Dallas police and fire pension fund, most of what the manager and lobbyists do anyway is run around Austin furiously trying to put out fires the mayor and Council have started because they’re so monumentally inept at politics. The best news would be if the mayor abolished the whole legislative affairs committee and promised none of them would ever again even send Austin a letter.

I did, of course, try to reach Tristan Hallman, the mayor’s chief of communications, but he, of course, did not call me back. Oh, I guess you wouldn’t know this because I am new here at D Magazine, but I am on the wrong side of naughty and nice with the mayor because of things that happened at my previous place of employment, so Hallman does not talk to me. I am on mute. Forever. I like it.

I texted Blackmon and told her what I was working on. She texted back, “Jim, I’m at a basketball tourney for my son and have games all weekend. I really have nothing to say.”

Which says it all.