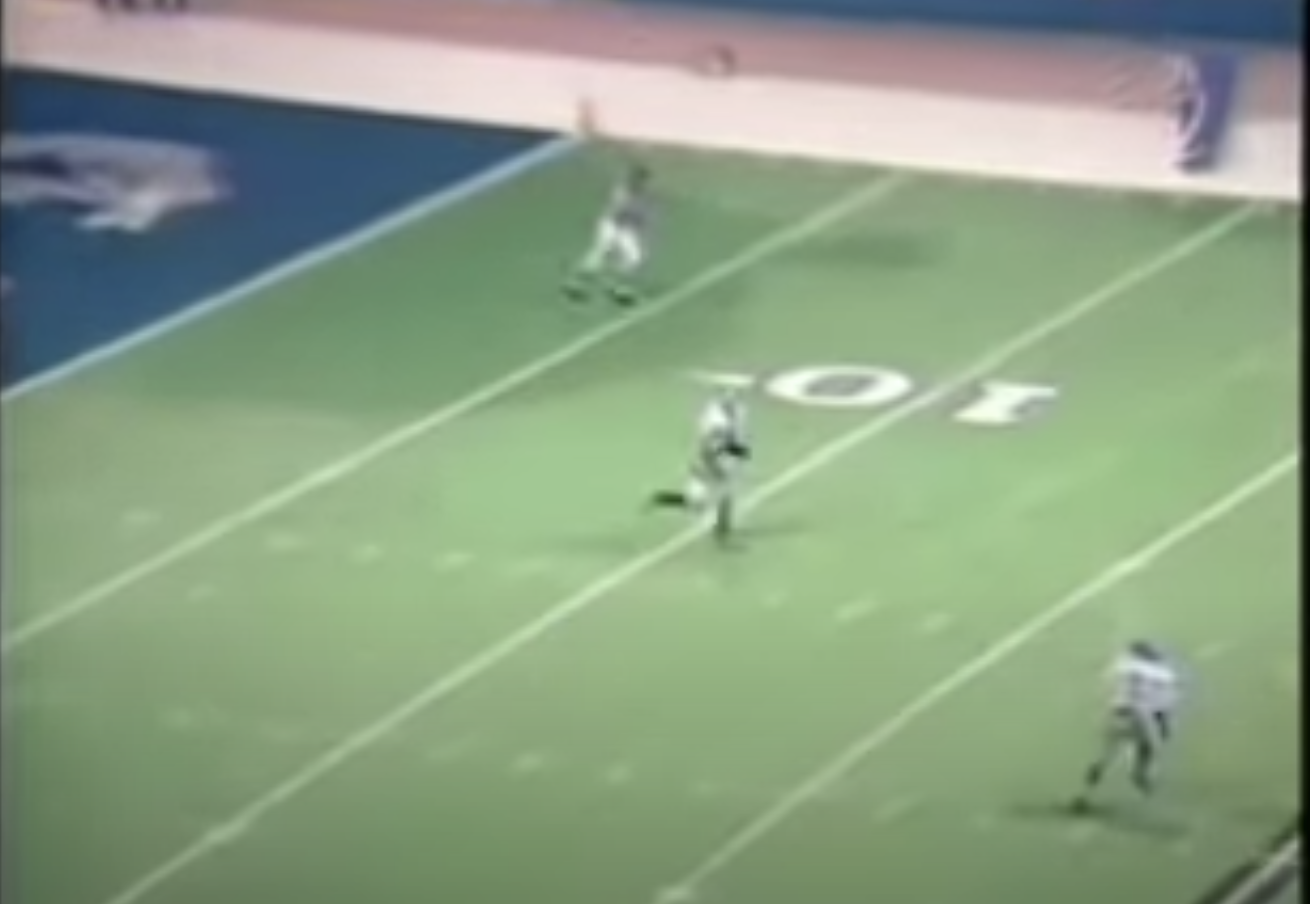 A screenshot that strikes fear into one fanbase.
via YouTube

You may recall back in November 1994, Bradford Pearson and I wrote an oral history about the famed Plano East-Tyler John Tyler high school football playoff game on the occasion of its 20th anniversary. You can relive the madness here, a truly mind-blowing sequence of events that will probably never be topped, short of the scene from The Dark Knight Rises actually happening in a real game, or maybe the opening scene of The Last Boy Scout.

But maybe hold off and read this account by The Athletic’s Mike Piellucci first. Piellucci, who you may remember from this fascinating story about the Dallas Aces and the golden age of competitive bridge, wrote about the game for the site’s ongoing series about the 40 greatest comebacks in sports.