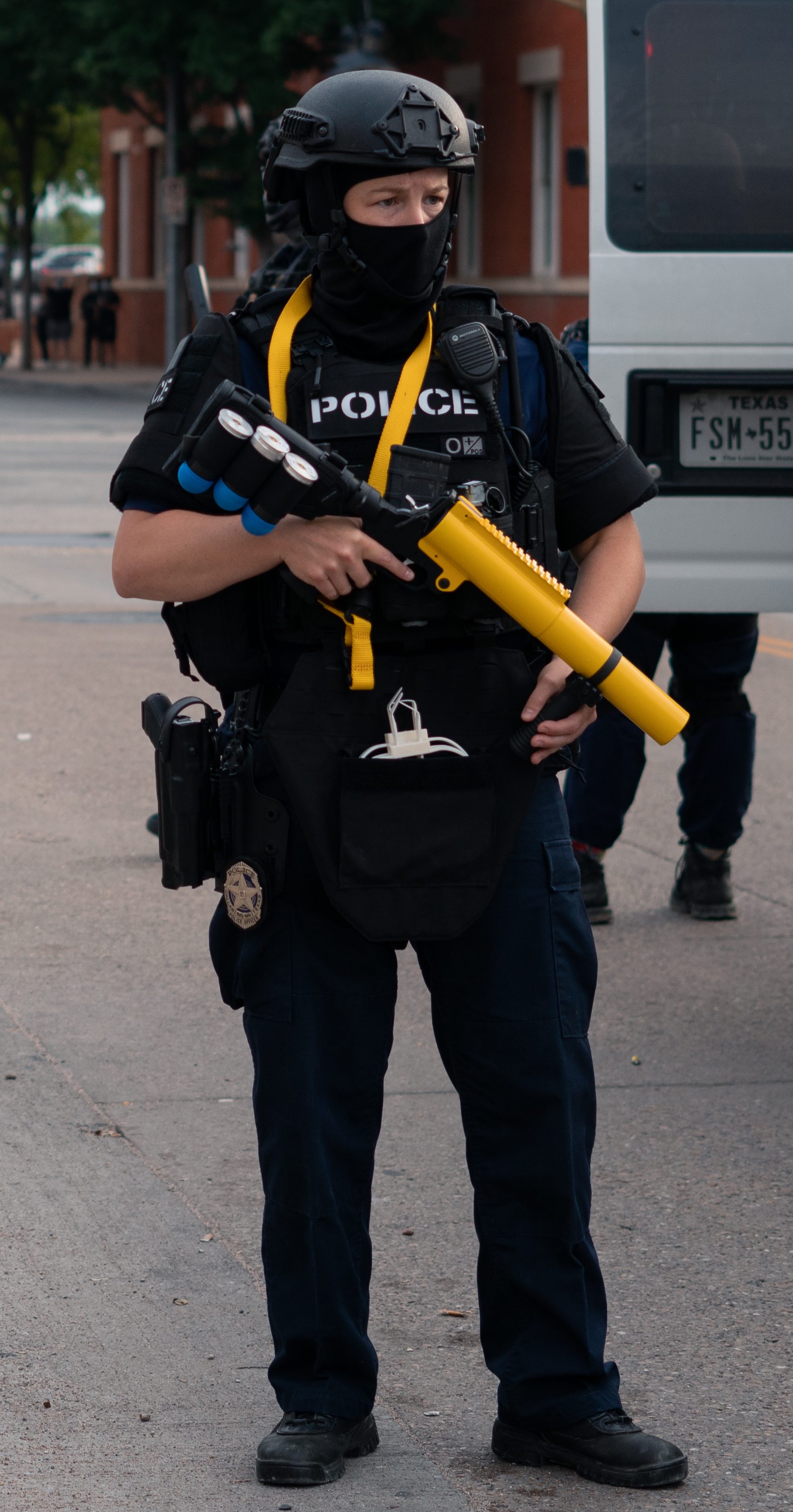 The Dallas Morning News and Dallas Observer have both made the mistake. We’ve made the mistake on FrontBurner. We’ve all reported that Dallas police have fired rubber bullets at people. Not true. The cops use the eXact iMpact 40-mm Sponge Round, the one you see above this post. It is fired from the Defense Technology 40LMTS, which is painted yellow so that people understand it’s a “launcher,” not a traditional long gun. I got these specs from Dallas Police Association president Mike Mata. Here’s a 2016 KERA story about Dallas cops making the move to sponge bullets.

Now then. Am I saying that these sponge bullets tickle and it’s no big deal if you get hit by one? Heck no. But they aren’t rubber bullets, which, depending on the model you’re talking about, can pack a worse punch. Here’s a BuzzFeed story that shows you what some rubber bullets look like. The story features a Twitter pic that misidentifies a sponge bullet picked up from a Dallas street.

Let’s all be careful out there.